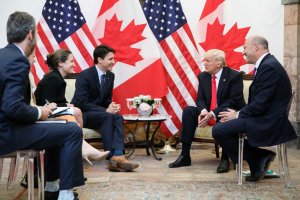 The newly renegotiated United States-Mexico-Canada agreement (USMCA) will do much to restore investor confidence in the North American economy, writes Laura Dawson.

Negotiators from all sides are to be congratulated for working through a complex deal that provides benefits for all three economies and the region as a whole.

In particular, the United States’ negotiators showed flexibility by walking back from extreme positions in exchange for progress in priority areas. Mexico showed real leadership in its willingness to keep the agreement on a smooth path between one political administration and next. And, despite accusations that they were ragging the puck, the Canadians proved that slow and steady was the best way through 34 chapters of complex negotiating text.

But, there was no simple formula to determine how much time was enough to get the best deal possible, nor could anyone know with certainty the extent of the concessions that could be extracted from the other side. As they reached the North American Free Trade Agreement (NAFTA) end game, Canadian negotiators faced the quandary immortalized by the punk band The Clash: “Should I stay or should I go? If I stay there may be trouble. If I leave there may be double.”

The Canadian team calculated that there was a landing strip for settlement that would give them most of what they needed on priority issues but also that the period available to get a deal was time limited. It was bracketed on one side by grudging acceptance by the White House that a trilateral deal would be preferable to a bilateral one but bracketed on the other side by the limits of the President Donald Trump’s patience and his well-known inclination to pull the plug on the NAFTA entirely.

With the steady hand of Steve Verheul at the tiller, the Canadian team followed a consistent, methodical strategy as it attempted to modernize trade commitments in 34 complex, subject-matter chapters, limit damage caused by threatened rollbacks in key areas, such as dispute settlement and government procurement, while also trying to minimize the influence caused by tweets, leaks and punitive national security tariffs.

The Canadian team followed a consistent, methodical strategy as it attempted to modernize trade commitments in 34 complex, subject-matter chapters.

The last phase of the negotiations was particularly challenging because it required the negotiators to complete the details of an incomplete U.S.-Mexico deal that focused mostly on auto sector rules of origin and the sunset clause. They also had to figure out the bottom-line trade-offs in contentious issues such as dairy and anti-dumping, and, with their U.S. counterparts, craft a deal that was acceptable to the White House and durable enough to pass muster with both Republicans and Democrats in Congress.

Some of the outcomes for Canada were better than many observers (including me) thought possible. The dispute settlement provisions appear to be mostly preserved. Despite the threats to labour mobility (the NAFTA visa) and government procurement, these too seem to have reverted to the status quo.

On dairy, Canada has restored U.S. market access on Class 7 milk — a particular target of presidential ire — but on total dairy market access, Canada has offered up only slightly more than it provided in the deal with the European Union and the Trans-Pacific Partnership (TPP). True, Canada “gave in” to U.S. demands by raising the threshold for duty-free treatment of low-value shipments, but this concession has supporters in the e-commerce sector on both sides of the border.

While some of the gains for Canada were purely defensive, the clear wins are found in the modernization elements of the deal, such as customs facilitation, regulatory alignment, and electronic commerce. Yes, they are mostly cut-and-paste commitments from the TPP but, with the U.S. receiving more than 75 per cent of Canadian exports, a TPP without the U.S. has limited economic impact. Incorporating key elements of the TPP into USMCA provides both modernization and market benefits.

Also, it is important to remember that a “victory” at the negotiating table does not necessarily translate into gains for producers or consumers. The new auto deal and Canada’s retained dairy protections both have the potential to curb new investment and raise or maintain high consumer prices.

One of the biggest challenges for the Canadian negotiators was whether to hold out on matters of principle or to carve out the best deal possible and save the defence of principles for another day — in the words of the Steve Miller Band, to “take the money and run.”

Given the president’s impatience with the negotiations and the various political deadlines facing Mexico and the United States, Canada opted to take a deal that was good enough but not perfect. As a result, the U.S. section 232 national security tariffs were left in play, both in the context of the current trade dispute over steel and aluminum but also as a means of enforcing compliance in the USMCA auto sector deal.

Yes, Mexico and Canada received generous export quotas that exceed current and near-term export levels but the U.S. reserves the right to impose punitive national security tariffs on over-quota exports. This means that auto sector tariffs, which are mostly under 5 per cent, could be dramatically elevated to more than 20 per cent if the U.S. is unhappy with compliance by Mexico and Canada.

The normalization of national security tariffs as tools of enforcement signals the end, or at least suspension, of key norms in the liberalized trading system. These include the principle that opportunities for short-term political interference in long-term trade agreements be curbed as far as possible and that trade barriers should only move in one direction — downward.

By normalizing the use of very high national security tariffs as a tool of compliance, the USMCA sets a troubling precedent for other trade agreements. Since the U.S. imposed the section 232 tariffs on steel and aluminum this summer, they have provoked allies into retaliatory trade wars that have hurt consumers, manufacturers and farmers.

By concluding the negotiations when they did, the Canadian team got the best deal that was available and avoided provoking a president who was itching to pull the kill switch. The larger battles over principle, and indeed the fundamental direction of the international trading system, will have to be fought later and hopefully, with more allies on Canada’s side.

Meanwhile, with a provisional text on the table, it remains to be seen whether the deal can run the gauntlet of stakeholders and legislators towards successful implementation. While the negotiations have shifted out of the control of trade officials, the deal making has only just begun.

Laura Dawson is a Munk Senior Fellow at the Macdonald-Laurier Institute and the director of the Wilson Center’s Canada Institute in Washington, D.C.