Canada’s most vulnerable being let down again: Richard Audas in the Hill Times 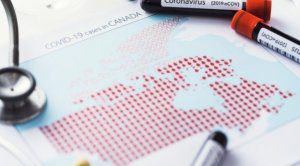 For those aged 85 and above—our most vulnerable population—Canada’s situation is deteriorating with its excess death rate for Canada at 18.0 per cent, dramatically higher than the other developed countries in our comparison, writes Richard Audas in the Hill Times.

It’s been said that the greatest weapon we have to fight a pandemic is information. In this respect, perhaps symbolic of the pandemic experience as a whole, Canada is failing its most vulnerable citizens.

In the Macdonald-Laurier Institute’s COVID Misery Index, we have ranked Canada against 14 other countries in terms of the harshness of their pandemic experience. The index measures cases and deaths from COVID, the severity of lockdowns, delays in vaccinations, and economic factors like lost jobs to calculate the extent to which COVID-19 is heaping misery on us.

Of all these metrics, the most compelling is the rate of excess deaths; that is, the change in mortality rate from the same week of the previous year for all causes, not just confirmed cases of COVID-19. Data is reported for all individuals aged 15 and above, and for those aged 85 and above. This measure truly captures the trade-offs facing our health care system.

As Canadian health-care providers geared up for an onslaught of COVID-19-related admissions in successive waves of increased numbers of cases, other health care services have been pushed to lower priority. Instead of face-to-face visits, consultations and appointments are delivered online.  It’s likely that many older Canadians are missing routine care altogether.

As time has dragged on, the impact of this shifting of priorities is being felt in Canada with significantly elevated excess death rates.

Excess deaths are measured week by week to see whether the number of deaths from all causes in a particular age cohort is higher, or lower, than a year before. We may observe lower death rates due to reduced automobile or workplace fatalities. We may see higher death rates due to COVID-19, or an undiagnosed cancer or a complication from diabetes that may have been prevented had there been continuity in routine care.

The Canadian data is shocking, with persistent higher excess death rates among the population aged 15 and over, and especially among the population aged 85 and over. Of all the areas where Canada has done poorly in our Misery Index, this failure is the most glaring. Since March 1, 2020, the reported excess death rate for Canadians aged 15 and above is 9.4 per cent, compared to the index average of 3.3 per cent. And the gap appears to be growing.

For those aged 85 and above—our most vulnerable population—Canada’s situation is deteriorating with its excess death rate for Canada at 18.0 per cent, dramatically higher than the other developed countries in our comparison.

While the poor performance in terms of excess deaths is a shock, it is perhaps even more disturbing that Canada has actually stopped reporting this data. Canada’s excess death data is the oldest of all our comparator countries, and is now several months behind the U.S. and all of the European countries in our comparison. There has not been an update in several weeks, and the Canadian data was already well behind our peers. Most of the countries in the Index manage to report this data with a two-to-three week time lag, while Canada’s last data point dates from Dec. 13, 2020.

For decision-makers to effectively and efficiently manage this disease, they need to have this information to fully understand the implications of the choices they are faced with. Canadians deserve to know how these decisions are being made, the trade-offs they are being asked to make, and who is bearing the weight of this sacrifice. We recognize this is a ‘pick your poison’ scenario, but decision making should be evidence-based and transparent. A life lost to COVID is no more valuable than a life lost due to neglect.

And in this regard, Canada is failing its most vulnerable citizens yet again.

Richard Audas is a Macdonald-Laurier Senior Fellow and a professor of Health Statistics and Economics, at the Faculty of Medicine at Memorial University of Newfoundland.