Canadian Copyright Reform Report An Important Milestone, But Not Yet the Final Destination: Hugh Stephens for Inside Policy 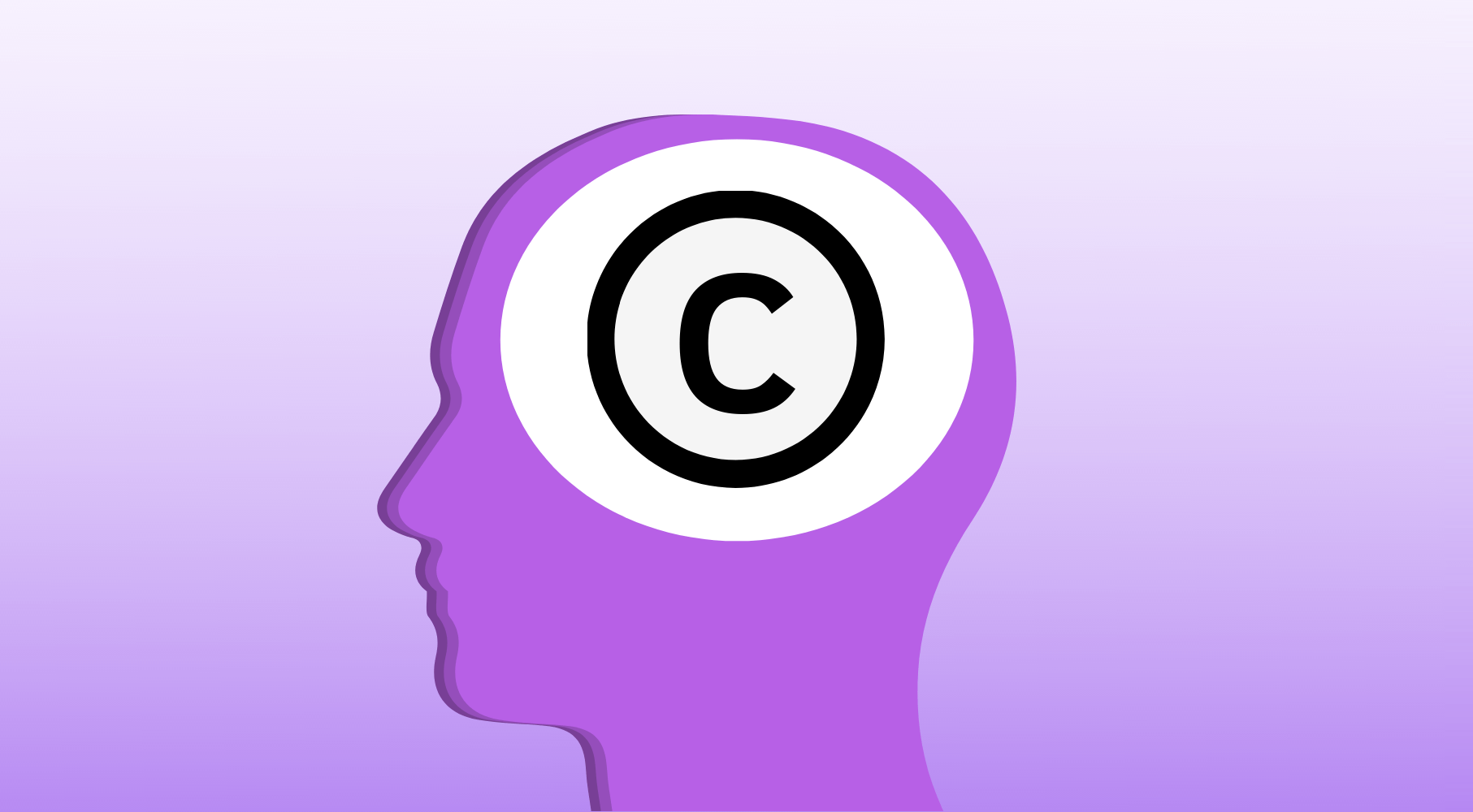 Whoever forms the next government will definitely have to take into account the strong pro-copyright recommendations of this bipartisan committee, writes Hugh Stephens.

On May 15, the Standing Committee on Canadian Heritage tabled its report, “Shifting Paradigms”, in fulfilment of its mandate to study remuneration models for artists and creative industries. This study forms part of the legislative review of Canada’s Copyright Act being led by another Parliamentary Committee, the Standing Committee on Industry, Science and Technology (AKA the INDU Committee). The Heritage Committee was composed of Members of Parliament from all major political parties, and was chaired, as is normal, by a member representing the government. The report’s conclusions and recommendations are bipartisan (there was no dissenting report other than commentary from a member of the New Democratic Party that the Committee did not go far enough in its recommendations to protect creators). In all 22 recommendations were made, most of them music to the ears of the copyright community. Lawyer Barry Sookman has done an excellent job of summarizing the findings and process here.

The Committee identified several overriding themes, including the increasing “value gap” whereby wealth has been directed away from creators and toward large digital intermediaries, a decline in the ability of artists to earn a living without taking supplementary employment, and the impact of technology on creative industries. To deal with this impact, the Committee recommended that “the Government of Canada increase its support for creators and creative industries in adapting to new digital markets”. Exactly how this could be done was not specified. Change in consumer culture was another theme; there is a growing yet misplaced expectation among consumers that content should be “free”, to which the Committee responded with recommendations that the Government of Canada create educational materials to raise awareness of copyright as well as “increase its efforts to combat piracy and enforce copyright”. Indigenous concerns regarding copyright protection for traditional arts and culture was the final theme, a subject on which I have written in the past.

A couple of recommendations venture into what could be considered contentious areas, particularly the recommendation that the Government “develop mechanisms by which streaming services will develop and promote Canadian content”. This could be interpreted as calling for offshore streaming services (like Netflix, Amazon or Spotify) to be required to contribute a portion of their revenues to Canadian production, or it could be consistent with current practice whereby companies like Netflix are encouraged but not required to engage in Canadian production and do so on a commercial and competitive basis. In 2017, Netflix signed a deal with the Canadian government committing to spending $500 million on original productions in Canada over 5 years, a goal it now says it will surpass. More recently, the streaming service has announced that it will be creating a production hub in Toronto by leasing eight soundstages at two studios on the Toronto waterfront, and has consistently argued that competition rather than regulation is the best way to stimulate Canadian content. Another recommendation that remains to be defined is a call on the Government to “review the safe harbour exceptions and laws to ensure that ISPs are accountable for their role in the distribution of content”. The lack of specificity on these recommendations is no accident. First, by keeping things general it allows sufficient room for all parties to sign on; second, it allows the Government flexibility in implementation if it decides to adopt the Committee’s recommendations.

However, one set of recommendations in the Heritage report is very specific and directly addresses the grievances of the publishing sector over the education fair dealing exception introduced in the last round of copyright changes in 2012. This exception was seized on by post-secondary institutions as a pretext to abandon their licenses with the authors and publishing cooperative society Access Copyright, leading to a disastrous plunge in revenues for writers and educational publishers as well as prolonged litigation. Access Copyright prevailed in a high-profile law suit against York University, (which acted as a test-case), but the university has appealed. Taking direct aim at this issue, the Heritage Committee recommended that the Government of Canada should amend the Copyright Act “to clarify that fair dealing should not apply to educational institutions when the work is commercially available”. This is directly in line with the submission to the Committee drafted by Access Copyright. The Committee also recommended that the Government “promote a return to licensing through collective societies” and that statutory damages for copyright infringement be harmonized and strengthened to provide a greater disincentive to infringement. Not surprisingly, Access Copyright welcomed the report and commended the Committee for its recommendations, calling them “sound” and “fair”. Access Copyright noted that; “If adopted, these recommendations will foster positive, sustainable conditions for Canada’s writers, artists and publishers, and benefit students and educators at every level by encouraging continued investment in high-quality Canadian content.”

Music creators also found a number of things to like in the Committee’s recommendations, such as payment of royalties to performers for inclusion of their works in film and TV soundtracks, and eliminating the Radio Royalty Exemption, a policy that allows radio stations to shelter their first $1.25 million in advertising revenue from payment of performers’ royalties. The Committee recommended that this exemption apply only to small independent or community-based stations. Music Canada applauded the Committee’s “ground-breaking” recommendations to deal with the value gap in music through measures such as addressing overly broad safe harbours, narrowing exemptions that limit compensation to performers, and combatting piracy.

But it is not as if the Committee heard only from copyright cheerleaders. There were a range of inputs, including broadcasters (who opposed some of the music industry’s proposals), universities (who condemned the reportcalling some of the recommendations “contentious and alarming”) and academics such as Michael Geist and Ariel Katz, not known to be friends of copyright, and Cory Doctorow, long-time EFF (Electronic Frontier Foundation) maven and internet libertarian. The Committee heard from all sides yet still came out strongly in favour of creators.

If this all sounds too good to be true for the creative industries, it probably is. While the Heritage Committee report is a vindication for Access Copyright and the music industry, and an important milestone toward fairer copyright, it is not yet the end of the road. This is in part because of how copyright is managed in Canada. The Heritage Committee’s report is not the end of the process and Heritage is not the only voice to be heard.

Copyright in Canada is administered by the Canadian Intellectual Property Office, a separate operating agency of the Ministry of Innovation, Science, and Economic Development (formerly Industry Canada, now known as ISED) where it is lumped with patents and trademarks. (Although copyright policy is shared between Heritage and ISED, it is the latter department that has final responsibility and whose minister is responsible for copyright legislation). This model of combining responsibility for all aspects of intellectual property under one authority is followed in a number of countries including, today, the United Kingdom, where for centuries copyright was managed separately by Stationer’s Hall and the Board of Trade. (In the US however, as most readers will be aware, the US Copyright Office, a part of the Library of Congress, is a separate entity from the US Patent and Trademark Office). In a number of European countries, and in Australia, management of copyright is considered more of a cultural than an industrial function and copyright is managed separately by the Ministry of Culture or the Ministry for the Arts. In short governance of copyrightvaries widely, but where, as in Canada, it is placed under the authority of a ministry of industrial development, (or “innovation” to use the new buzz-word), one has to wonder to what extent the Copyright Office can be an effective advocate for the artistic and creative community.

The “Shifting Paradigms” report came about because the Canadian Heritage Committee (the Committee that services Canada’s Ministry of Canadian Heritage, or Culture by another name) was delegated the task of examining remuneration models for artists and creative industries by the Standing Committee on Industry, Science and Technology (the INDU Committee), as noted in the first paragraph. The INDU Committee is holding parallel and broader hearings on copyright reform, but has not yet completed its work. Many of those who submitted briefs to the Heritage Committee have also submitted views to INDU. When the INDU Committee finishes its report, this document and its recommendations will have to be read side-by-side with the Heritage Report. Will the two be fully consistent? It is unlikely.

Owing to their respective constituencies, the Heritage and INDU Committees will possibly arrive at some conflicting positions. The INDU Committee’s brief is broader, focussing not just on artists’ remuneration but on the broad issue of copyright law review. As but one example, while the Heritage Committee may have recommended that site blocking (disabling of access to offshore pirate websites) be considered as one means to combat piracy, the INDU Committee may take a more hands-off, traditional “network-infrastructure” position. The two departments (Innovation, Science and Economic Development and Canadian Heritage) and the two ministers concerned will work to find common positions that ultimately will become government policy, but INDU has powerful constituencies to listen to and strong cards to play in the policy formulation process. Despite this reality, the fact that the Heritage Committee has come out with such clear and unambiguous recommendations to protect and help creators is a very positive step for the copyright industries.

Finally there is the important factor of a general election being held on October 21 of this year in Canada. Lobbying will begin by advocacy groups that support strong copyright as well as those groups that would like to weaken it. At the present time, given fluctuating opinion polls, it is impossible to predict whether the incumbent Trudeau government will be returned, or if it will be another party or a minority government of one stripe or another. The election will certainly not be decided on the basis of copyright issues, although any of the range of political outcomes could affect the shape of copyright reform. What is clear is that even if the INDU Committee tables its report in the next few days or weeks, there will still be inadequate time to translate recommendations into legislation before the election takes place. Parliament adjourns in June and will not sit again until after the election.

Thus the “Shifting Paradigms” report will become an essential building block and part of the process going forward leading to legislative changes to the copyright framework, likely to be introduced by the end of this year or early 2020, after the election. It has laid down a clear marker that the creative industries need legislative and possibly financial support to level the playing field. The battle is far from over but the opening salvos have seized some high ground. Whoever forms the next government will definitely have to take into account the strong pro-copyright recommendations of this bipartisan committee.

Hugh Stephens is an Executive Fellow at the School of Public Policy at the University of Calgary. He also writes a blog on international copyright issues, www.hughstephensblog.net.