Canadians should be concerned about fighter jet replacement process: Richard Shimooka in the Hill Times 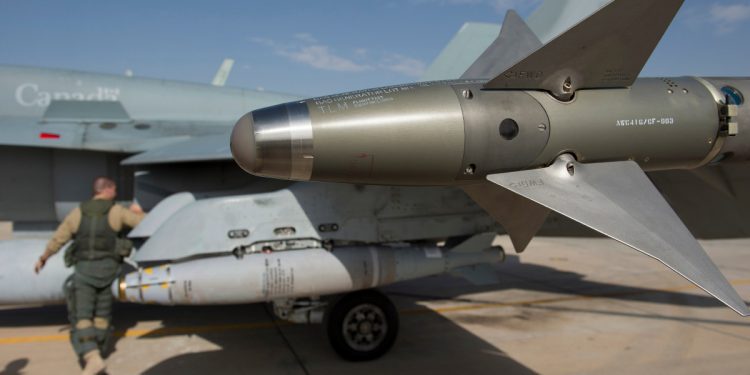 The Liberal government’s fundamental flaw is that it has sought to oversee a fair  fighter jet competition where none is possible, writes Richard Shimooka.

Canada’s process to replace its CF-18 fighter jets stands as one of the strangest in the country’s history. It has witnessed four major decisions on the purchase of new fighter jets: in 2010, 2014, 2016 (for interim Super Hornets), and 2017 (for surplus Australian jets). Notably, the first three decisions were cancelled.

Even as the auditor general weighs in on the last episode, the current process to permanently replace the CF-18 fleet with 88 aircraft has avoided serious scrutiny. Like the interim buy, the entire process is fundamentally flawed and likely to produce a significantly poorer outcome for Canada.

The Liberal government’s fundamental flaw is that it has sought to oversee a fair competition where none is possible. Of the airframes considered, the F-35 offered the highest capability (by a significant margin) with the lowest lifetime cost, and due to its high international production rates (twice as many units as any of its competitors) has industrial benefits far exceeding Canadian offset requirements.

Many other nations have come to these conclusions; internationally, the F-35 has not lost a competition. In many cases, governments simply sole-sourced in order to avoid the potential expense of a competition with a foregone conclusion. In Canada’s case, the government has not sought to select the right option, but rather to create a vehicle for building political capital, using the façade of a fair and transparent competition process.

Upon coming to power, the Liberal government loosened the operational requirements to give an opportunity for other manufacturers to compete. In doing so, it undermined one of the strongest advantages of the F-35: its interoperability with NATO and Norad.

Interoperability should be one of Canada’s main considerations when modernizing its air fleet. Furthermore, the Royal Canadian Air Force expects the replacement to remain relevant in high-intensity operations until the 2070s. However, a less capable aircraft will mean that Canada will need to either consider costly upgrades or a full replacement earlier than that date.

The inherent industrial benefits to the F-35 program are one of its most obvious advantages. Yet this leg of the competition has proven the most problematic. The F-35 program has already delivered more than $1-billion of work to Canada. If Canada acquires the F-35, Innovation, Science, and Economic Development Canada predicts more than $10-billion over the program’s lifetime.

Canada joined the F-35 partnership and later, in 2006, signed the follow-up memorandum of understanding (MOU), largely to give national industries an opportunity to compete for lucrative subcontracts in the program. Notably, the 2014 Canadian defence procurement strategy was designed to obtain similar work for other projects, illustrating the efficacy of the approach.

Yet the MOU stipulates that Canada would not receive a guarantee for these contracts, in what is known as offsets. This was to ensure that contracts were awarded based on the best value and kept overall costs down. This was not a practical concern for Canadian industries: it was expected to secure a disproportionately large share of Joint Strike Fighter program contracts. Under the post-2014 procurement system that gives multipliers for high-tech direct work on a project, the F-35 would well exceed other program offerings. Nevertheless, the government has continued to insist on guaranteed offsets that will only undermine its industrial base.

The government’s mishandling of the offset piece threatens to derail its entire procurement strategy. The United States government has reiterated that it cannot receive guaranteed offsets under the MOU. Should the government insist on the offset guarantees, the only alternative is for Canada to leave the JSF program and become a Foreign Military Sales (FMS) customer for the F-35. This is the “normal” procurement process for U.S. military exports, but has a number of serious drawbacks.

First, Canada’s existing contracts would be immediately put at risk, as those were obtained through the best-value approach. Canada would likely receive contracts of lesser quality and duration in return. Second, the price Canada would have to pay for each F-35 would increase as would the cost of sustainment and upgrades over the life of the program. It would have to pay FMS administrative and research fees to the U.S. government, a termination cost to the JSF program, and the additional cost of guaranteed offsets. Whereas Canada’s per-aircraft flyaway cost is now about $85-million (significantly cheaper than all the other options), that cost would increase to $100- to $115-million per aircraft. This may make other options, particularly the Super Hornet, cost-competitive to the F-35.

The flaws of the ongoing process to replace the CF-18 should be evident to Canadians. In order to make the competition fair for other competitors, the government has created a format that seriously handicaps the F-35 program. It will artificially drive up its costs, discount its unique and important operational capabilities, and obtain poorer industrial outcomes for the country—but even then, the F-35 may win. Considering the importance of this selection to national security, Canadians should be concerned.