Canadians should be outraged by the Liberals' fighter jet debacle: Richard Shimooka in the National Post 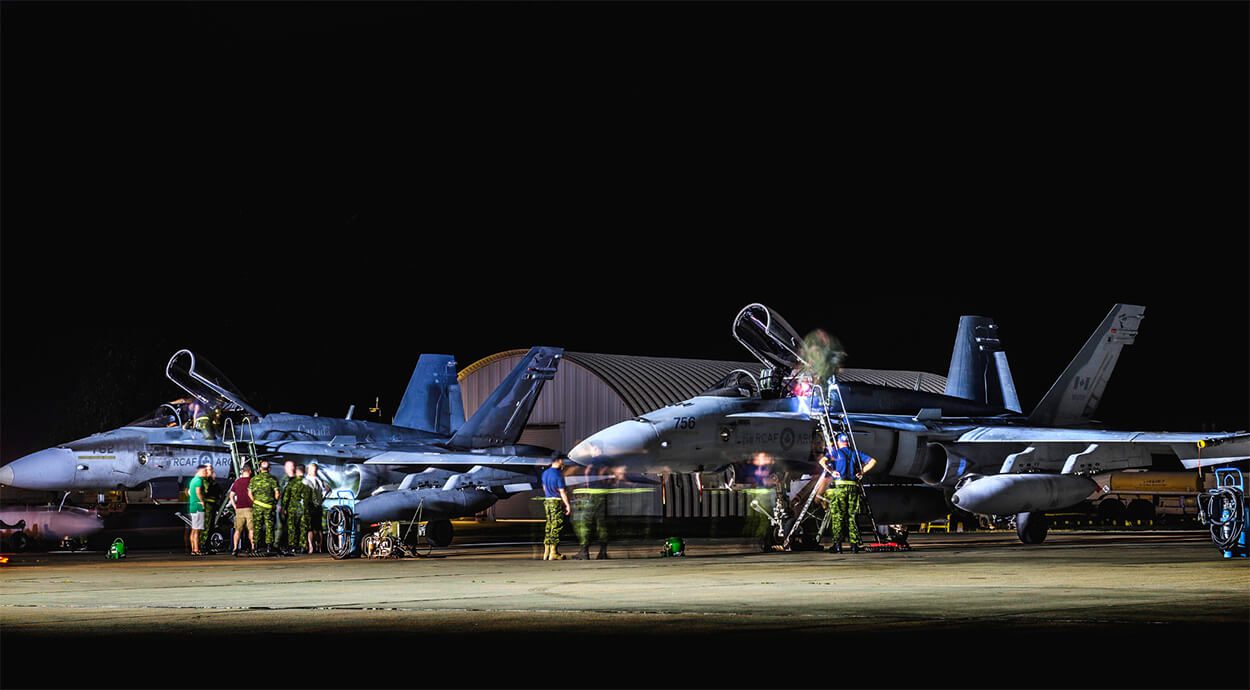 It’s a curious quirk about our politics: had this been any other policy area, it would be easy fodder for a scandal. However, when the government holds the security of Canadian citizens and the country’s sovereignty in near-total disregard, the public barely raises an eyebrow, writes Richard Shimooka.

Imagine 15 years ago, a government invested $500 million into a cutting-edge public-private partnership. It was wildly successful, with over $1.5 billion in contracts, potentially $9 billion more in the offing, while supporting employment for 10,000 people. A subsequent government, based on partisan interests, decided to replace it with one that had significantly poorer economic outcomes at an initial cost of over $1 billion. Furthermore, it suppressed internal warnings about the consequences, going as far as threatening public servants with prison time if they spoke out.

The thought experiment represents the facts surrounding the Liberal government’s handling of the CF-18 replacement program. It’s a curious quirk about our politics: had this been any other policy area, it would be easy fodder for a scandal. However, when the government holds the security of Canadian citizens and the country’s sovereignty in near-total disregard, the public barely raises an eyebrow.

The Macdonald-Laurier Institute recently released a report on the Liberal government’s handling of the CF-18 replacement file. Much of the subsequent commentary has been on the letters by high-level U.S. defence officials and its impact on U.S.-Canada relations. Yet, it’s important to fully understand the broader context that led to these letters. They highlight one of the most contentious aspects of the government’s policies, known as the guaranteed offset provision. It requires companies to guarantee all money spent on their fighter abroad is reinvested back into Canada.

The government now seems to have relented on this point by no longer forcing all bidders to offer guaranteed offsets. Yet this is almost certainly a cosmetic change, especially given that bidders who do not make this commitment will be deducted points under the “industrial benefits” criteria. It allows them to continue the façade of a competition, without the embarrassment of the F-35 dropping out.

If the Canadian government appraised the F-35’s industrial partnership contracts according their full value, it is likely that most, if not all, of the other aircraft would refuse to participate in a competition: there would be no way for them to compete. Other F-35 partner countries, including the Netherlands, Denmark and Norway, all waived legal guaranteed offset provisions in order to be part of the program. There is absolutely no reason to think that Ottawa has a superior industrial approach than eight other partners: that should be blatantly apparent to anyone after the past decade of mismanagement.

All of this stems from the Liberal government’s ill-conceived election promises on this file — specifically, that it would not buy the F-35 and would instead launch a competition that would select a less costly alternative, with guaranteed offsets. The sad truth about this promise is how utterly uninformed it really was. The F-35 is now cheaper than its competitors, and even by the Liberal government’s revised draft requirements released last year, it was the best option available to meet Canada’s military needs for the next 40 years. Guaranteed offsets offered only a fraction of the Joint Strike Fighter’s economic benefits.

In order to avoid the embarrassing outcome where an F-35 would be selected in a competition, the Liberals focused on the purchase of interim Super Hornets to plug a fictitious “capability gap,” only to reverse themselves 10 months later when the purchase became a convenient political sacrifice in the Boeing-Bombardier trade dispute. They instead purchased equally unnecessary and obsolete Hornets cast off by the Australians (who had replaced them with F-35s). Indeed, the total cost of this purchase, over $1 billion, serves no purpose except as a political fig leaf attempting to cover up a fiasco.

The government has also been quick to silence any dissenting views when it comes to its mishandling of this file. Subject matter experts, who spent careers dedicated to military or industrial operations, spelled out in detail the consequences of the government’s policies, to no avail. In one case, memos to cabinet were rewritten to hide the reasons why the interim Super Hornet acquisition should not go ahead.

The provision of letters from the U.S. were the inevitable consequence of the government’s dysfunctional policy process: one that ignored all of the evidence presented to it in order to follow its partisan interests. Morale has cratered within the air force, and the public is paying for the government’s mismanagement of both their security and economy.

Canadians deserve better than this. It must stop now.