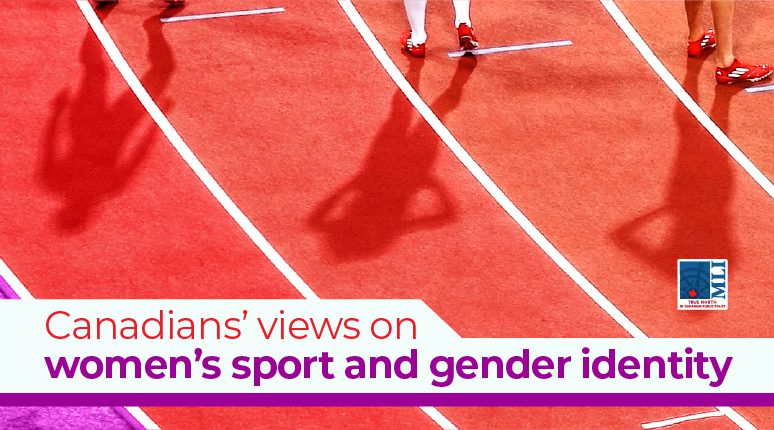 The Olympic Games have brought to the fore a simmering issue that political leaders, sporting bodies, athletes and fans are grappling with: What is the best way to include transgender athletes in sport without compromising the fairness of women’s events?

The science is clear that, in many sports, males benefit from biological advantages, which is the rationale for existing separate competition categories for women and men. Many of these biological advantages, such as size and muscle mass, are present in transwomen athletes – those born male but who identify as women – who seek to participate in women’s sporting events. In this context, balancing inclusion and the integrity of fair competition in women’s sport is proving to be challenging for policy-makers and sporting authorities.

The issue could not be more timely. The International Olympic Committee has promised to revise its rules for how it manages the participation of transgender athletes in competition. Policies and guidelines in Canada and around the world vary. Some, such as the Canadian Centre for Ethics in Sport, would allow athletes’ self-identification to determine which category they are allowed to compete in. Others including the IOC, require some medical interventions, hormone standards, and/or waiting periods before athletes can participate as per their gender identity. World Rugby has banned transgender athletes from women’s competition at the highest level.

These challenges have often pitted those who are concerned with the well-being of trans individuals against those who have concerns about the fairness of sport. But little has been known about what most Canadians actually think about this challenging topic, or what policy options are on the table to address it. That is, until now.

Opinion research commissioned by the Macdonald-Laurier Institute reveals significant findings. A substantial majority of Canadians support separate male and female categories in sports. A similar majority of Canadians are also concerned about the fairness of allowing transgender athletes who were born male to compete in women’s sports. Respondents had mixed opinions as to the right approach for including trans athletes in competition, but a majority support options other than “any sex they wish to.” The project was undertaken in consultation with noted Canadian pollster Conrad Winn, a political science professor at Carleton University and founder of COMPAS Research.

MLI’s polling results are consistent with US and UK research. Earlier this year, Gallup reported 62 percent of Americans believe that in competitive sport, transgender athletes should only be allowed to “play on sports teams that match their birth gender.” A July 2020 YouGov poll revealed that 55 percent of Britons opposed “transgender women” participating in “women’s sporting events.”

Poll results: A large majority of Canadians support separate categories for men and women in sport

The July 2021 poll[1] commissioned by the Macdonald-Laurier Institute shows that most Canadians tend to support separating men and women athletes in sport. Respondents were asked: “With safety and fairness for women in mind, is it right or wrong for men and women to compete separately from each other in sports like hockey, rugby, cycling, martial arts, track and field, and weight lifting?”

The same poll shows an even bigger majority opposed to transgender athletes competing against women. Respondents were asked: “Increasingly, athletes who were born male but who identify as female, referred to as transgender, are allowed to compete in women's events despite often having greater muscle, strength and speed from being born male. Is this fair to female athletes in your view?"

Sixty-two percent believe it is “unfair” compared to 15 percent for who think it’s “fair” – a ratio of roughly four-to-one against. Among Canadians with firm[3] views, 39.4 percent are opposed compared to 6.6 percent for it, or a six-to-one ratio.

Canadians were especially divided when asked the question: “Transgender athletes should be allowed to compete with …”:

Little or no division by education, gender or province but age a factor

What can we say about Canadians views with respect to gender identity and competitive sport? Polling data present a clear picture in some respects: Canadians believe that separate categories for men and women make sense in sport, and that the participation of transgender athletes who were born male in women's sport provides unfair advantages to those athletes. That being said, Canadians are divided on what the best approach is to ensure both inclusion and fairness. As issues of gender identity continue to interact with gendered institutions of society, decision-makers must consider the best ways to balance these competing priorities while also considering the opinions of Canadians.

[1] The poll of 888 Canadians was completed July 16th, 2021. By convention, polls of this size are normally deemed accurate to within three percentage points 19 times out of 20.

[2] Responses were on a 7 point scale. Respondents choosing the midpoint, 4, are deemed neutral. A response of don’t know/it depends was also offered.

[3] Firm opinions are the opinions of those respondents who chose the number 1 or the number 7 on a 7-point attitude scale as a reflection of their own opinions.