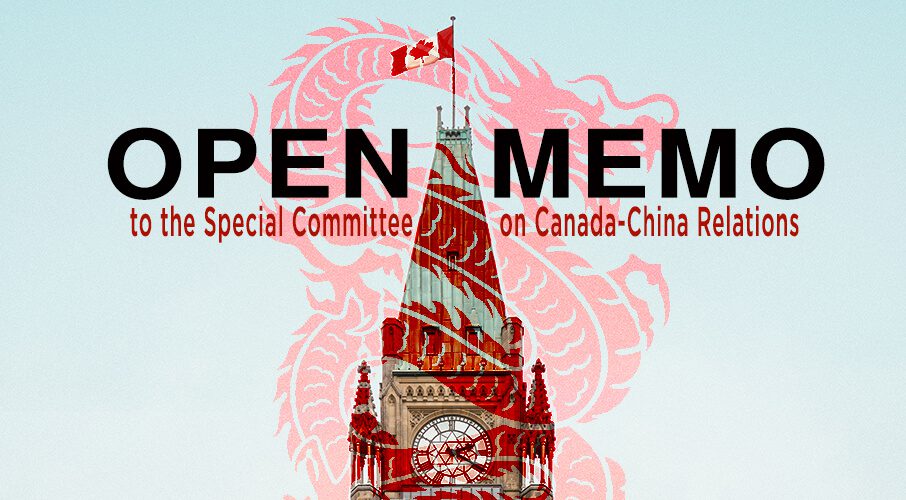 OTTAWA, ON (June 5, 2020): With the activities of Canada’s valuable Special Committee on Canada-China Relations sidelined by the government, parliamentarians were denied an important opportunity to hear from one of the country’s leading experts on dealing with the regime in Beijing.

In a new MLI commentary titled Open Memo to the Special Committee on Canada-China Relations, former Canadian ambassador to China and MLI’s newest advisory council member, David Mulroney, provides his thoughts on the increasingly cold Canada-China relationship. Mulroney was originally scheduled to appear before the Committee on March 23, 2020; however, this meeting has been postponed indefinitely due to the COVID-19 pandemic.

In his remarks, Mulroney expresses alarm over Canada’s tendency to ignore (and in effect, normalize) China’s egregious human rights violations and long-standing efforts to undermine democracy. This past year has seen increasingly aggressive tactics from Beijing as Communist Party authorities impose a ‘national security law’ on Hong Kong, undermine peace and security in the Indo-Pacific, and continue the brutal repression of the Uighur people. China’s authoritarian leaders have also sought to erase any international recognition of Taiwan.

Mulroney makes the case that Canada is not immune to China’s aggression, as was clearly demonstrated following the arrest of Meng Wanzhou. As a cruel retaliation, two Canadians, Michael Kovrig and Michael Spavor, were arbitrarily detained, and China enacted a campaign of economic coercion against Canada.

“We were once a country that was willing to face up to such challenges,” says Mulroney. “We need to find that courage again.”

“From my perspective, the opportunity to be part of this critical conversation about how we promote and defend Canadian interests in the face of an increasingly assertive and, at times adversarial China is something not to be missed, nor is the chance to be of some small service on an issue of national importance,” notes Mulroney.

He offers four suggestions that policy-makers should consider as they reframe their approach to China:

“We don’t need to insult or provoke China,” Mulroney explains. “But we do need a China policy that is smarter, much more selective, more honest, and, frankly, more courageous.”

For media inquiries and requests, media are invited to contact: