Candidate nominations in Canada are a mess - let's fix that: Kaveh Shahrooz and Brett Byers in the Toronto Sun 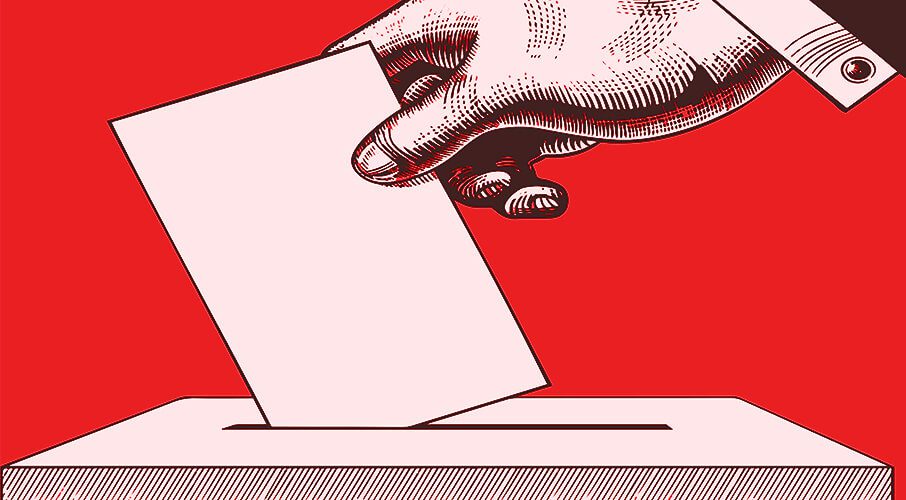 Nomination races are poorly designed and incentivize bad behaviour. The consequence is a process at odds with Canadian values and open to manipulation and foreign influence, write Kaveh Shahrooz and Brett Byers.

Federal and provincial elections in Canada are orderly affairs. But many Canadians would be shocked to learn that parties often select candidates for those elections using a process that more closely resembles the chaotic electoral system of banana republic. That is why a new private member’s bill introduced by Cambridge MPP Belinda Karahalios is a needed reform.

First, the most successful strategy for nomination candidates currently is to expand the voter pool by signing up new party members. This is often done by appealing to ethnic or religious solidarity. Simply getting the backing of a sufficiently-organized religious or ethnic group can be the key to victory in a riding.

It’s reasonable for diverse communities to expect representation. But naked appeals to shared ethnicity or religion, so prevalent in nomination races, are often incongruent with Canada’s values of openness, diversity, and meritocracy.

With communities actively mobilizing against each other based on ethnicity or religion, conflict arises. As expressed by one observer in an infamous GTA race, running an ethnically-oriented campaign “is un-Canadian.”

Nomination races are seen as internal party affairs, and are therefore subject to minimal independent oversight. Aside from often-flouted spending limits, almost no other part of the process is subject to impartial review.

With no regulation, political parties can, and do, put their thumbs on the scale. Victims often have little recourse, with appeal bodies run by the parties themselves.

That race and a number of other contentious PC contests – contests that led to police being called, unruly demonstrations from voters alleging fraud, and more – caused anger, but charges were never laid.

And parties often simply avoid nomination elections altogether. Star candidates and incumbents are often nominated without a contest. The result, according to the Samara Centre for Democracy, is that fewer than 20 percent of candidates obtain their position through competitive races.

These flaws also seriously threaten national security. As Canada’s intelligence service warns, foreign governments try to push their agendas by infiltrating nomination races. Given the ethnic dimensions and lack of rules, it’s no surprise that foreign governments, like China and Iran, try to tilt Canadian politics through nominations.

First, parties must consider how to disincentivize membership drives that rely on ethnic and religious kinship, encouraging party members to vote based on candidate merit.

Second, nomination races should be conducted with democratic safeguards similar to those applied in general elections, with neutral third-party oversight, independent appeal processes, and transparent reporting. Skirting the rules should also net stiff legal penalties for offenders. MPP Karahalios’ private member’s bill would be effective in addressing these gaps.

Finally, greater resources need to be provided to security agencies to monitor and prevent foreign influence.

Nomination races are poorly designed and incentivize bad behaviour. The consequence is a process at odds with Canadian values and open to manipulation and foreign influence.

Canada must therefore make every effort to fix the democratic blind spot that is our nomination race process. Failing to do so will only put our democratic institutions at greater peril.

Kaveh Shahrooz is a lawyer, a former Senior Policy Advisor to Global Affairs Canada, and a Senior Fellow at the Macdonald-Laurier Institute (MLI). Brett Byers is the Communications Manager at MLI.