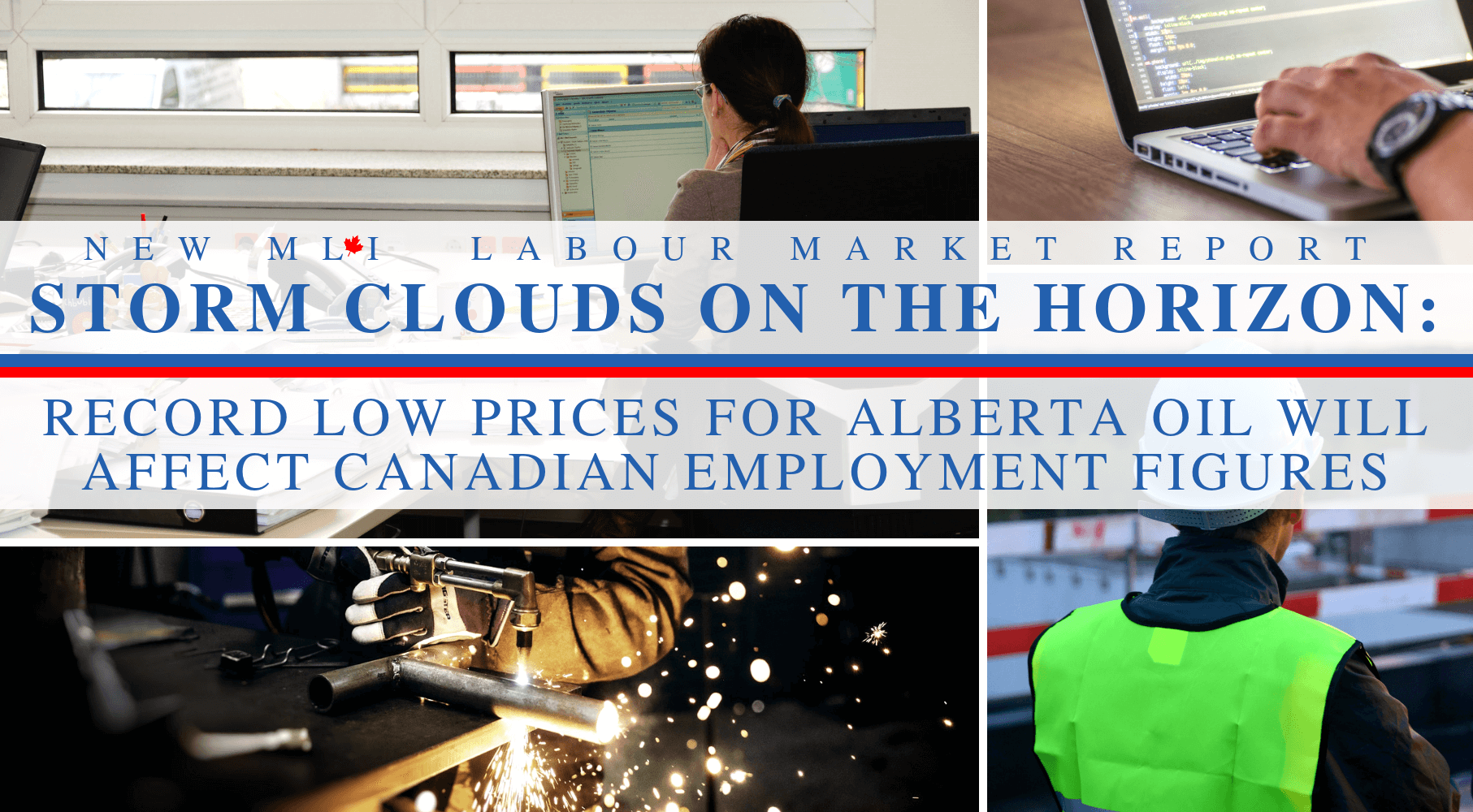 OTTAWA, ON (January 23, 2019): Record low prices for Alberta oil mean bad news for employment figures across the country, according to the Macdonald-Laurier Institute’s Labour Market Report for Q4, 2018. The report also reveals that the leading indicators of the economy, including commodity prices and the stock market, have softened.

“Energy is our leading export and 7.5 percent of Alberta’s labour force comes from outside the province, by far the most in Canada,” writes MLI Munk Senior Fellow and report author Cross. “It is noteworthy that personal bankruptcies have begun to rise recently, notably in Alberta.”

While storm clouds are gathering, employment numbers remain relatively buoyant for the moment, with the employment rate for prime-aged adults jumping from 82.6 percent in the third quarter to 83.2 percent in the fourth.

As Cross explains, “Part of the disconnect between the slowing trend of the overall economy and the relative buoyancy of employment and retail sales originates in the legalization of cannabis in Canada on October 17.”

For instance, the labour force survey estimated that there were 10,400 cannabis-related jobs in November, up from 2,500 in the spring. Yet the growth of legal cannabis is likely to be limited, with little effect on the illegal market.

“Apart from the side-show of legalizing cannabis, the important economic developments in the fourth quarter centred around the sharp drop in the price of Alberta’s oil and renewed turbulence in global financial markets,” writes cross.

Equally worrisome is the heavy selling in stock markets that was evident in late in 2018, reflecting a wide range of concerns about the global economy

Read the MLI Labour Market Report for Q4, 2018 to find out more.