Watch out for the carbon tariff; the last thing this world needs is another trade weapon: Jack Mintz in the Financial Post 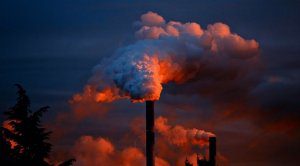 The danger is they will end up being used in aid of green protectionism that will shrink global trade, writes Jack Mintz in the Financial Post. Below is an excerpt from the article, which can be read in full here.

So far the idea of a carbon tariff has received very little attention in this or many other countries. That may change soon. Joe Biden’s platform includes the following: “As the U.S. takes steps to make domestic polluters bear the full cost of their carbon pollution, the Biden administration will impose carbon adjustment fees or quotas on carbon-intensive goods from countries that are failing to meet their climate and environmental obligations.”

There is a certain logic to this argument. Carbon policies impose higher energy costs on businesses through price hikes, either explicitly via carbon taxes or permit fees or implicitly, as a result of “clean fuel” regulations or other such mandates. This makes domestic businesses uncompetitive in export markets and susceptible to import competition from countries with less stringent carbon policies. It also undermines domestic policies aiming to curb global GHG emissions if production moves to countries with few tough policies.

My favourite example comes from a Quebec solar panel manufacturer. Canadians thump their chests with pride as they install solar panels on their rooftops in order to help reduce GHG emissions but little do they know that the environmental benefit is substantially blunted because the Chinese panels they’ve imported are built using coal-based energy. In July, Korea announced a quota on imported solar panels: only those with less than 670 kg CO2/kw are now acceptable. Chinese manufacturers, many of whose panels have emission intensity well above that, have objected.

France has also imposed “carbon adjustments” on imported solar panels. And the Trump administration hit Chinese solar panels with tariffs — though as part of its general tariff offensive, not specifically to curb GHG emissions. U.S. tariffs on steel and semi-conductors have also made Chinese-built panels more expensive — so much so that the U.S. solar lobby has complained all these tariffs will destroy thousands of U.S. jobs. Even so, Chinese exports have increased since early 2019 in response to rising U.S. demand. That still begs the question, however, of just how much Chinese panels made with coal-based energy reduce global GHG emissions.