The Case for Designating Iran’s Islamic Revolutionary Guard Corps as a Terrorist Organization: Kaveh Shahrooz and Shuvaloy Majumdar for Inside Policy 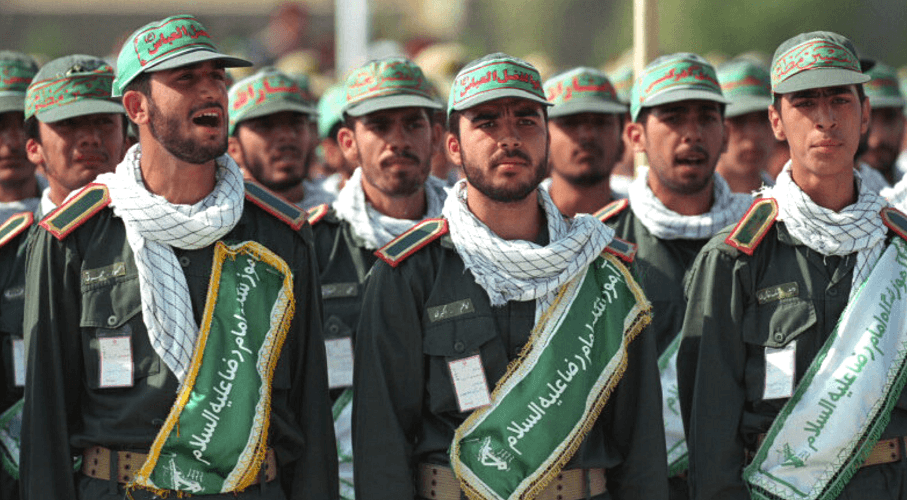 It is worth remembering that the IRGC is a domestic and global menace by design, write Kaveh Shahrooz and Shuvaloy Majumdar.

By Kaveh Shahrooz and Shuvaloy Majumdar, May 6, 2019

In early April, the Trump administration designated Iran’s Islamic Revolutionary Guard Corps (IRGC) as a “Foreign Terrorist Organization” alongside such notorious groups as Al-Qaeda, Boko Haram, and Hamas.  It marks the first time the US has assigned such a label to an official military organ of another state.

You might be surprised to learn that long before this step, the Trudeau government had committed to listing the IRGC as a terrorist organization.

But talk is cheap.  It is now time for the PM to put his commitment into action.

To understand why, it is worth remembering that the IRGC is a domestic and global menace by design.  Because Iran’s post-revolution government did not trust the regular armed forces, they created the IRGC in 1979 as a parallel fighting force. The IRGC has all the same elements as the military but its mandate is fundamentally different.  As its name suggests, the IRGC does not exist to protect Iran, but, in the words of Iran’s constitution, to safeguard “the [Islamic] Revolution and its achievements.”  Thus, its loyalty is to the Iranian regime, not to the country of Iran.

The IRGC has ground forces, a navy, and an air force with the largest ballistic missile arsenal in the Middle East. It runs its own intelligence agency and has its own media organs.  It is also deeply embedded in Iran’s political sphere, with close ties to Iran’s Supreme Leader. Many of Iran’s top officials are drawn from its ranks.  Most crucially, the IRGC is now an economic behemoth, controlling approximately a third of Iran’s economy.  Its footprint can be found in every major economic sector, as well as in the black market of goods, fuel, and drugs.

The IRGC, either directly or through its Basij paramilitary forces, has long been a tool of severe domestic repression.  The list of its crimes is long, but most notable was their brutal suppression of Iranian protesters during the 2009 “green movement” protests. It has also repeatedly arrested dual and foreign nationals on vague national security charges and subjected them to torture.   More recently, it has been responsible for the mass arrest of environmentalists working in Iran.  One such detainee, a Canadian citizen named Kavous Seyed-Emami, died under mysterious circumstances while in IRGC custody last year.

As the US State Department has correctly noted, the IRGC also “has the greatest role among Iran’s actors in directing and carrying out a global terrorist campaign.”  Its Qods force, which is responsible for foreign operations, has been directly implicated in the 1992 bombing of the Israeli embassy in Buenos Aires, killing 29 people, and the 1994 bombing of the Jewish community centre in Argentina, which killed 85 people.  In recent years, it has been instrumental in protecting Bashar al-Assad’s murderous regime in Syria.  And, as documented by Human Rights Watch, the IRGC has used child soldiers to carry out its heinous actions in Syria.

For all these reasons, the Liberal government was right to vote in support of a 2018 Tory motion to add the IRGC to Canada’s foreign terrorist list.  If implemented, such a listing would severely increase pressure on Iran’s dictatorial government, putting every person and business on notice that they will face serious terrorism charges in Canada for engaging in any relationship that assists the IRGC.

So why hasn’t the Trudeau government acted on its commitment?

Perhaps Canada doesn’t want the precedent of calling another state’s military a terrorist organization.  But, as noted earlier, the IRGC is not Iran’s military. It’s a fighting force devoted solely to imposing the Iranian theocracy at home, exporting it abroad, and lining its own pockets.

Or maybe Canada is worried about Iran’s threats of retaliation.  But failing to act out of that fear is tantamount to being held hostage by the IRGC.  And with the US taking the lead on this issue, Canada’s government now has political cover to act on its commitment.

It’s also possible that Canada’s government is concerned about an overbroad designation of the IRGC that would ensnare ordinary Iranians.   This is a legitimate concern, but one that can be overcome with careful carve-outs in the law.  Any such designation would need to effectively exclude young Iranians who are forcibly conscripted into the IRGC but have no loyalty to that institution.  It would also have to make allowances for Iranians in that country who have no choice but to engage in commercial transactions with the IRGC’s companies. The drafting will not be easy, but there is sufficient expertise in Global Affairs Canada to achieve this objective.

When announcing the designation, US Secretary of State Mike Pompeo said: “With this designation, we are sending a clear signal, a clear message to Iran’s leaders… that the United States is bringing all pressure to bear to stop the regime’s outlaw behavior.  We ask that our allies and partners around the world do the same.”

Shuvaloy Majumdar is the Munk senior fellow for foreign policy at the Macdonald-Laurier Institute, and a former policy director to Canadian foreign ministers.

Kaveh Shahrooz is lawyer, a former Senior Policy Advisor to Global Affairs Canada, and a Senior Fellow at the Macdonald-Laurier Institute.