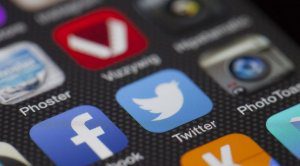 The hypocrisy of social-media activists reduces governments’ efforts to meaningfully address issues and fails to address these issues ends up hurting the very farmers that the activists claim to support, writes Vijay Sappani in the Toronto Star.

Weeks ago, Greta Thunberg, Rihanna, Meena Harris and other prominent figures tweeted about the farmers’ protests in India. Over the weekend, a group of 100 organizations from across Canada, the U.S., the U.K., Italy, France and South Africa took out a full-page advertisement in the Star against the new farm laws in India. Oddly enough, food security and environmental organizations were on the list, though the new laws allow for storage of food and prevention of stubble burning that causes environmental pollution.

The first victim of the new age of social media activism is truth. True advocacy for a cause is more than a simple tweet. None of the above-mentioned activists have any serious prior social or charitable association with India, yet they have advocated for a cause that just happens to be in the news. With nary a peep in the months and years past, these stars are now trying to speak on popular social media issues.

The full-page advertisement cements the problems with celebrity slacktivism on complex issues. For instance, the organizations call on Delhi to “Repeal the pollution penalty on farmers.” How do environmental groups explain the contradiction in supporting saving the environment but opposing Indian laws that do just that?

Farmers in the Punjab, Haryana, and western Uttar Pradesh have long benefited from the current agricultural system and its taxpayer-funded subsidies. It is not viable or sensible to continue subsidizing agriculture in one part of the country when other regions are equally capable of growing crops.

Subsidizing electricity and fertilizers have had the expected negative impacts — overuse of electricity for pumping water to grow crops in unsuitable areas have led to a shocking drop in the water table; overuse of fertilizers is slowly turning the land infertile. A research publication from Science Advances last week shows India is the world’s largest consumer of groundwater. Current depletion trends could lead crop intensity to decrease by 20 per cent nationwide and by 68 per cent in groundwater-depleted regions, primarily the Punjab.

With over 600 million farmers in India and climate change rapidly worsening, India needs to act fast to save itself and the planet. Prime Minister Narendra Modi did exactly that.

The current agricultural framework binds the farmers just as it protects them from the market. It was a necessity in the early decades after independence, when India was not self-sufficient in producing food. Seven decades later when the country is self-sufficient, the protection is hampering the ability of farmers to sell freely, even within India.

India needs to rationalize its agricultural system so that it feeds everyone and helps farmers prosper. The current system leads to tragicomic scenarios like the random fivefold rise in prices of onions, a staple across the country. The new laws allowing for food storage would go a long way to addressing such issues.

As the protests have continued, the Modi government has offered to suspend the laws and has met with the protestors several times. The protestors have refused to accept anything other than a complete withdrawal of all the laws. If India is to meet its commitment on climate change, the reforms are a must.

While there is a domestic and rational impetus to reform the agricultural system, other countries too have pushed India towards the same. One of the most vocal proponents is Canada. At several WTO meetings, Canada has questioned the subsidies given to Indian farmers, correctly arguing that these difficult reforms stand to benefit both countries in the long run.

The hypocrisy of social-media activists reduces governments’ efforts to meaningfully address issues like sustainability, climate change, and international trade. Ultimately, failing to address these issues ends up hurting the very farmers that the activists claim to support.

India can do better at handling these protests, which is the biggest cause of concern expressed in the Western world. The use of British-era sedition laws to harass activists and journalists is unworthy of the world’s largest democracy.

Three decades of rapidly lifting millions out of poverty have not been a smooth process for India, but it rarely is. Though challenging, these reforms are necessary, and Canada ought to support India’s efforts.

Vijay Sappani is a board member of the Macdonald-Laurier Institute and several Indo-Canadian institutions.