How channelling a Liberal PM could help O'Toole reboot the Tories: Patrice Dutil in the National Post 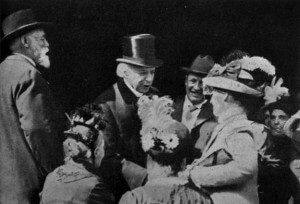 Erin O’Toole must clearly expand his appeal to voters who might be tempted to vote Conservative but hesitate to do so. That’s easy to say. But there is one historical example that shows how it could be done. Wilfrid Laurier boldly did it in 1877, writes Patrice Dutil in the National Post. Below is an excerpt from the article, which can be read in full here.

The leader of the Conservative party seems to be walking on coals these days. Some times, his military-trained feet stay cool; other days they get burned. Almost a year after winning the party leadership, Erin O’Toole has still not attracted much interest beyond the ranks of diehard Conservatives. While his ability to draw almost unconditional support in the Prairie provinces is unquestioned, the same cannot be said in Ontario, British Columbia, Quebec and the Atlantic provinces.

What must he do? To win, O’Toole must clearly expand his appeal to voters who might be tempted to vote Conservative but who, for various reasons, hesitate to do so. That’s easy to say. But there is one historical example that shows how it could be done. Wilfrid Laurier boldly did it in 1877 when, desperate to broaden the appeal of the Liberal party in Quebec, he gave the speech of his life and reframed the ideology of his party to a skeptical audience.

Laurier delivered his address (in French) on June 26, 1877, at the Quebec City Music Hall. His theme was “Political Liberalism: Definition of a Liberal Idea.” The party made sure that the 1,000-seat auditorium was packed to the rafters.

The Liberals were not popular across Canada in those days. Led by prime minister Alexander Mackenzie, the governing party seemed totally incompetent: unable to kick-start a depressed economy, unwilling to prolong the cross-continental railroad, hamstrung by a mealy-mouthed leader who could not articulate a compelling vision of Canada if his life depended on it.

Wilfrid Laurier was 36 at the time and, truth be told, his career was going nowhere. He had tried his hand in journalism and had failed. Trained in law at McGill, the best he could do was to open an office in Arthabaska, a small village east of Victoriaville, Que., that was so remote from power centres it could be reached only after a five-hour trip by train. He had been elected to the Quebec assembly in 1871, but quit to enter the House of Commons in 1874. By 1877, he needed a breakthrough, and so did his party.