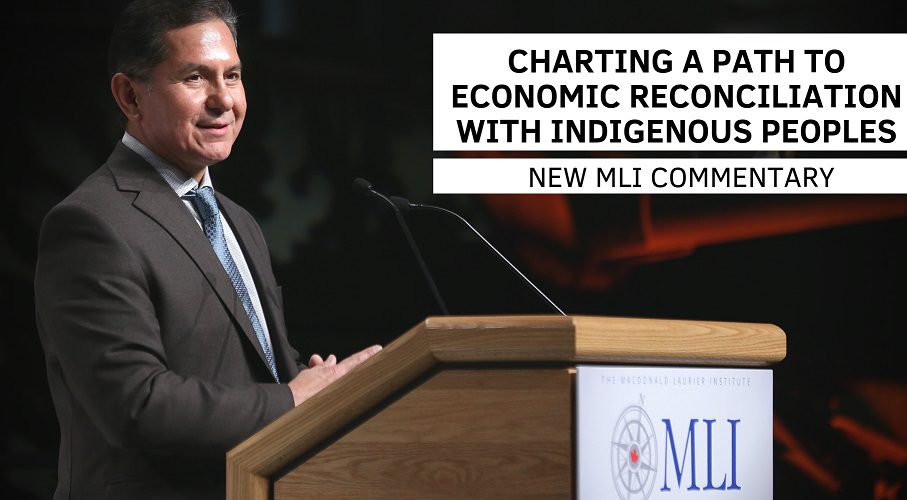 This publication is based on remarks from Blaine Favel during MLI’s 2019 Annual Dinner. Favel is an Indigenous business leader hailing from the Poundmaker Cree Nation and is a former Grand Chief of the Federation of Saskatchewan Indian Nations.

According to Favel, economic reconciliation starts with acknowledging a basic truth.

“Reconciliation means that Indigenous people should not be the poorest people in lands that belong to us.”

In his commentary, Favel makes the case that colonial practices regarding the economy and natural resources were “designed to keep First Nations separate, poor and out of sight.” Worse still, the legacy of these policies continues to negatively impact Indigenous peoples.

For Favel, governments in Canada are stuck in an inherently colonialist mindset when it comes to Indigenous economic opportunity. Rather than seeing First Nations as eager and willing partners, they are too often seen as a regulatory box to check.

This is especially true when it comes to governments’ rejection of Indigenous ownership over pipeline projects, which Favel argues is an approach that is “imbued with arrogance and obliviousness.”

“These answers were wrong then, are wrong now and this colonial mentality needs to change if Canada hopes to build national infrastructure and an economy without running a perpetual losing battle for Indigenous people.”

Indigenous peoples have been historically limited in their access to economic opportunity. But Favel suggests that this trend may be reversing. With new opportunities in the natural resource economy, new successes in developing positive relationships between First Nations and the government, and new Indigenous leaders who are pushing hard for “economic space” for their communities, “the Indigenous economy is getting more sophisticated and complex.”

“In many locales in Canada, Indigenous business drives the local economy and is getting stronger,” says Favel. “This is a success despite the barriers placed in front of us, with Indigenous businesses heavily concentrated in the local resource sector, be it mining, energy or forestry.”

While critical of the status quo and the general antipathy with which successive governments have approached Indigenous affairs, Favel makes a number of recommendations that could inform future reconciliation efforts, including that:

Despite problems, Favel remains fundamentally optimistic when it comes to reconciliation.

“I remain confident as a Canadian that we are practical and open hearted enough to realize when things are broken and out of date, and move on,” he explains.

“It is a mature, confident nation which can acknowledge its shortcomings and try to make it right.”