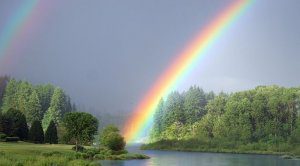 It is misleading and delusional to pretend expensive social spending programs will not require middle-class taxes to rise, writes Philip Cross in the Financial Post. Below is an excerpt from the article, which can be read in full here.

2020 may go down as the year of magical thinking in economics. Modern Monetary Theory promised that governments could spend and borrow without limits or consequences. The idea was swatted down by outgoing Bank of Canada governor Steve Poloz, who dismissed it as neither monetary, since deficits reflect fiscal policy, nor modern, since the same snake oil has been sold many times before in different bottles.

Proponents of greater government spending now argue it could be financed by taxing illusory pots of gold, without negative impacts on ordinary people. The most commonly cited pots of gold are: higher taxes on high incomes, a wealth tax on the rich, and a tax on corporations. Joe Biden is running ads that explicitly say higher taxes on big corporations and people earning over $400,000 a year will pay for expanded spending on social programs, thus fanning the illusion that the average person can free-ride on government largesse and be completely insulated from paying for it.

This may be good politics, but it is lousy economics. Examining the revenue potential of these proposals for Canada reveals that they will not remotely bridge the gap between slumping government revenues and soaring government spending.

Start with soaking the rich with higher income taxes, something the Liberals stated in 2015 would generate enough money to finance a middle-class tax cut. While crafting the government’s first budget, the Department of Finance concluded that raising tax rates on high incomes would not generate the hoped-for $3 billion of new revenues. Rather than mechanically paying more tax, high-income people adopt a range of strategies to prevent their tax bills from rising, including working less, sheltering income in corporations or legal tax shelters, or moving to jurisdictions with lower tax rates.

Its revenue effects aside, the notion that governments benefit more from your work than you do yourself troubles many Canadians. Even former NDP leader Thomas Mulcair recognized that marginal income tax rates above 50 per cent represented “confiscation, not taxation.”