China has locked up my friends in response to our protests in Hong Kong, and has put the city's status at risk: Nathan Law in the Independent 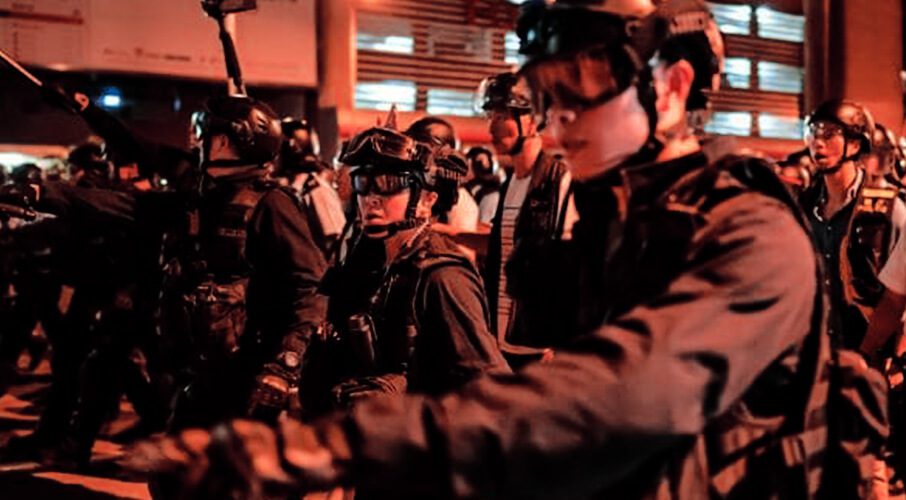 The ‘problem to be solved’ in Carrie Lam’s eyes is how to end the protests; but for protestors, the issue is the systematic encroachment on our liberty, writes Nathan Law.

Right before another major protest in Hong Kong on Saturday, three legislative councillors and three prominent activists were arrested, my fellows Joshua Wong and Agnes Chow among them.

This was political retaliation wrapped in legalese, designed to take on two people who have demonstrated tremendous courage and fearlessness to shoulder the potential consequences of civil disobedience.

The government’s strategy is clear. As to these activists, it wants to drag them into the lengthy judicial processes, with the possibility of spending months in the detention center before the next court hearing, and therefore bar them from joining future protests.

But both Joshua and Agnes stated clearly: they are not afraid of the persecution and will continue to fight for Hong Kong’s people. This sense of dedication will definitely boost the morale of other protestors and encourage even more people to remain committed to the movement.

This series of arrests is also a part of the government’s attempt to demobilize the movement. The Chinese Communist Party (CCP) hopes that the movement will crumble as soon as alleged “leaders” are arrested and the “foreign patrons” behind the scenes are revealed.

As part of this, Beijing launched a disinformation campaign, employing hundreds of fake social media accounts to discredit the movement and brand the protestors as brainwashed and incentivized by “foreign influence” and money. By sentencing activists whom they present as foreign agents, they hope that this wave of legal prosecutions will deter “misguided” people from protesting and bring an end to the movement.

This is an ill-founded belief. On one hand, it fails to comprehend the defining features of the movement, which is decentralized and leaderless. It also denigrates the will of millions of creative and independently minded citizens who genuinely demand freedom and democracy.

The government’s “white terror” tactic has clearly backfired. Instead of being intimidated, people are now filled with anger at these vicious detentions and spurred to challenge the actions of the government. Hundreds of thousands of people took to the streets and the police force was again seen brutally assaulting protestors or even ordinary civilians on the metro station platform and in train compartments. The arbitrary use of violence definitely fuelled another round of enormous protest.

While the strategy of the CCP appears to have failed, their intention remains clear – 31 August was perceived to be a sensitive date, a moment to send a strong signal to forestall any major protest. Why sensitive? Well five years ago, the Standing Committee of the National People's Congress (NPCSC), the decision making body of the CCP, issued the notorious “831 White Paper” that in essence ruled out genuine democratization in Hong Kong and ignited the famous Umbrella Movement in 2014.

This White Paper, if implemented, will allow Beijing to hand-pick the candidates in future chief executive elections and deprive Hong Kong people of their right to freely elect their leaders. By staging another major protest on the same day, protestors now make it exceedingly clear that the movement has evolved into a battle for freedom and autonomy in Hong Kong.

Alongside the political persecution, it is widely rumored that chief executive Carrie Lam is considering implementation of the “Emergency Law,” empowering herself with wide and extreme discretion to curtail citizens’ freedom in order to defuse the crisis. Meanwhile, she is also baiting the protestors into so-called dialogues that have been proven to be only words, and no deeds.

This combination of tactics, however cunning, fails to address the core issue of the movement. The “problem to be solved” in Carrie Lam’s eyes is how to end this series of protests; but for protestors, the real issue is the systematic encroachment on our liberty and the city’s autonomy. If the dialogues are not backed by substantive reform to address the structural problems in our political system and make no concession to the protestors’ demands, they are merely window dressing for the regime. There is no incentive for us to join them.

The threat of “Emergency Law” is also likely to be a scare tactic. Passed in the colonial era, this draconian measure allows Lam to abuse a huge stock of executive power by arbitrarily arresting and evicting citizens, or freezing and confiscating the properties of individuals or companies.

This will be suicidal to the unique status of Hong Kong as an international financial center. This status is built on the international recognition that Hong Kong is institutionally autonomous from authoritarian China, has robust rule of law, and preserves transparency, fairness, and professionalism. The implementation of this law will further alienate the global community and bury an international reputation based on promises of “One Country, Two Systems” and a “high degree of autonomy”.

The demise of Hong Kong as a free, international financial hub would send a shockwave through the Chinese economy, which is itself at a precarious moment. Hong Kong has been crucial to China’s economy, especially the financial system, and acts as a bridge to help connect China to the world. It remains as the most important gateway for channelling foreign investment to China and bringing the investment from China to the world.

It means that China will equally suffer when a de facto martial-law situation, or a brutal crackdown, occurs in Hong Kong. Xi Jinping is walking a tightrope when deciding whether Carrie Lam should be allowed to trade long-term national interests for short-term stability in Hong Kong.

Understanding Beijing’s thinking and strategy sheds light on the indispensable role of young activists like Joshua and Agnes, who remain committed to defending this city’s freedom and autonomy in the face of intimidation and repression. We are obliged to support them, as well as many more unsung protestors.

The ways in which the Hong Kong government suppress them will only further enrage and unite Hongkongers and the international community. International society can stand with Hong Kong in this fight by voicing solidarity with the protestors, denouncing the government’s authoritarian practices, and employing international legal instruments to safeguard the autonomous status of Hong Kong.

Nathan Law is an activist, politician and the founding chairman of Demosisto. He was a leader of the Umbrella movement, elected to Legislative Council in 2016 and later disqualified, and jailed for his part in protests in 2014. He is also MLI's Ambassador on Canada-Hong Kong Policy.