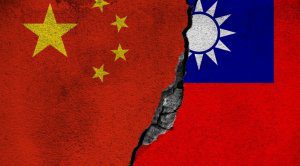 When it comes to Beijing, politics motivates everything, writes J. Michael Cole in Nikkei Asia.

Since the beginning of the COVID-19 pandemic in late 2019, the Chinese Communist Party and some of its ideological allies in Taiwan have unremittingly politicized health issues to further Beijing's agenda.

It was not just that the Chinese regime denied that the virus originated in Wuhan and that its spread to every corner of the planet resulted from an initial cover-up. As the pandemic spread, the CCP played politics with global health by using its influence to exclude Taiwan -- a front-line state in the battle against the virus -- from the World Health Organization and browbeat countries that accepted assistance from Taiwan.

Throughout the crisis, the CCP has relied on a handful of Taiwanese businesspeople based in China, as well as Taiwanese politicians and disinformation, to attempt to sabotage the performance of Taiwan's health authorities and that of the administration of President Tsai Ing-wen.

Thus far, the administration has succeeded in mitigating the effects of Chinese interference and disinformation surrounding COVID-19. Its highly efficient and preemptive handling of the pandemic has been hailed as a model by the international community. At this writing, the country has recorded 942 infections, the great majority of them imported, and nine deaths. It has accomplished this without a lockdown, thereby avoiding any damage to its economy.

A cluster of local infections at a hospital in Taoyuan earlier this year, which resulted in a handful of infections and one death, led to a new wave of attacks by opposition politicians and meddling by Beijing's Taiwan Affairs Office spokeswoman Zhu Fenglian, who accused Minister of Health and Welfare Chen Shih-Chung, Taiwan's Central Epidemic Command Center chief and one of the heroes of Taiwan's response to the pandemic, of being "ignorant" and "playing politics" with the lives of the Taiwanese people.

Much of the invective by opposition Kuomintang politicians, along with the pro-Beijing outlets and CCP officials whose views they have often echoed, has centered on Chen. Some of this ostensibly stems from domestic politics, as it is rumored that the CECC chief could be a candidate in the mayoral elections in late 2022. This crass politicking has often given the impression that the KMT wishes Taiwan had not fared so well during the pandemic. One can only speculate how Taiwan would have fared in the pandemic had the KMT candidate in the 2020 presidential elections, the erratic Han Kuo-yu, defeated Tsai.

The latest round of CCP interference surrounds Taiwan's efforts to acquire COVID-19 vaccines. In late December 2020, the CECC confirmed it was in talks with manufacturers to procure approximately 20 million doses from abroad. Delays in delivery, largely resulting from a mounting pandemic and a decision by countries to temporarily halt exports, created doubts that Taiwan would be unable to acquire the vaccine before March.

Some lawmakers, such as KMT caucus deputy secretary-general Cheng Li-wun, jumped on the opportunity to claim that Taiwan would not be able to obtain vaccines from abroad because of the Tsai administration's "pro-independence ideology," which she claimed resulted in pressure by Beijing on manufactures to reject orders from Taiwan. Pfizer-BioNTech, with which Taiwan was in talks for a deal over 5 million doses, reportedly did face such pressure from Beijing. So far, Taiwan has secured 14.8 million doses from AstraZeneca and 5 million from Moderna.

Meanwhile, opposition politicians, including a former president, have led a campaign against the Tsai administration to force it to overturn its refusal to consider the Chinese vaccine. The KMT's Cheng and others have argued that Taipei's unwillingness to procure the vaccine from China is due to an "anti-China" sentiment as well as "unfounded claims" by the CECC regarding the effectiveness of the Chinese vaccine. Such claims are meant to disparage the Tsai administration by giving the impression that it is putting politics ahead of public health.

And there might, in fact, be some basis to the accusation that political considerations are affecting decisions. For when it comes to China, politics are always at the heart of it.

Given Beijing's incessant politicization of the pandemic and hostility toward Taiwan, it is hard to imagine that the CCP would not use the vaccine in some transactional fashion, with the obtention of the vaccine predicated on political concessions by Taipei, such as on the country's status and "one China." China's Foreign Ministry spokesman Zhao Lijian made it clear in February that Chinese collaboration on issues such as global health is predicated on concessions by the international community. It would, furthermore, expose Taiwan to potential blackmail.

Beijing's track record on Taiwan throughout the pandemic makes it clear that the health of the 23.5 million Taiwanese "compatriots" over whom it claims sovereignty is a secondary consideration. It would rather risk the lives of the people of Taiwan to make gains politically or to punish the Tsai administration.

Time and again, Beijing and its compradors in Taiwan have done everything in their power to sabotage Taiwan's handling of the pandemic -- the very model that is now a source of inspiration, and hope, for many countries worldwide.

J. Michael Cole is a Taipei-based senior fellow with the Global Taiwan Institute in Washington, D.C., and the Macdonald-Laurier Institute in Ottawa, Canada.