China is using our legal systems against us: J. Michael Cole in the National Post 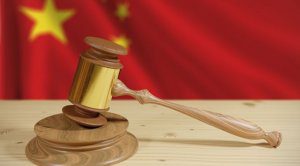 The Chinese Communist Party is increasingly resorting to lawfare to intimidate, silence and impose financial and psychological costs on Beijing's critics, writes J. Michael Cole in the National Post. Below is an excerpt from the article, which can be read in full here.

Facing growing scrutiny over its sharp power operations, the crackdown in Hong Kong and the ongoing cultural genocide in Xinjiang, the Chinese Communist Party (CCP) has launched an all-out propaganda campaign to rewrite the facts and discredit its critics. Recently, the CCP has also begun resorting to lawfare — the use or threat of legal action — to intimidate, silence and impose financial and psychological costs on researchers and journalists who are uncovering facts that Beijing doesn’t want us to know about.

Two high-profile cases have gained attention over the past year: Huawei’s defamation lawsuit against Valérie Niquet, a researcher at the Paris-based Foundation for Strategic Research; and a domestic civil lawsuit by Chinese businesses against German researcher Adrian Zenz, over his work on Xinjiang’s Uyghurs.

This disturbing practice, however, isn’t a recent phenomenon. Well before Xinjiang and Huawei were making headlines, the CCP and its proxies were using libel lawsuits, or the threat thereof, against academics and journalists as part of a campaign of intimidation.

Unable to shut down foreign media or think tanks, and without the ability to expel intellectuals not based in China, the CCP has hijacked the legal systems in Canada, Australia, the Czech Republic, Taiwan and elsewhere, to accomplish what it cannot do on its own.

In almost all cases, this attempt at extraterritorial censorship was made possible by legal systems that have a low threshold for libel suits, or judges that are willing to accept just about any lawsuit. In some instances, the Chinese plaintiff subsequently found itself in legal trouble abroad over the very activities exposed by the researchers it targeted.