Climate change priorities need to be adjusted: Ken Coates for Inside Policy 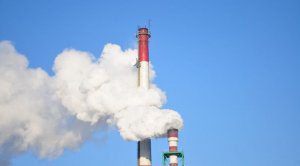 The next few months matter greatly. The immediate challenges are monumental. But how governments invest their stimulus spending, regulate the economy and resource development, and plan for a realistic and effective climate change strategy that plays to Canada’s strengths, will determine the fate of the Canadian economy for generations, writes Ken Coates.

The government of Prime Minister Justin Trudeau has been openly committed to climate change policies since it was elected in October 2015. Since that time, the Liberal government has moved in fits and starts along a path suggested by the 2015 Paris Accord.

The high-profile carbon tax, expanded from $20 to $30 per tonne on April 1 2020, adding about 2.5 cents/litre and occurring at a time when collapsing prices at the gas pump rendered it economically irrelevant and while millions of Canadians were being thrown out of work and businesses are struggling to survive. The tax hike appears to have had little impact on consumption while driving rural and farm frustration with what is seen as an unfair imposition. (Gas prices in Saskatchewan area, as of May 2020, are below 80 cents a litre, down from over $1 a litre in November 2019. The decision to expand the tax was unwise and unnecessary, but it is the kind of political judgment that goes substantially unexamined and uncriticized during times of national crisis.) The government of Canada has doubled down on the approach of linking government support to sustainability goals by announcing requirements that large businesses seeking access to government-supported credit have to report regularly on their sustainability progress.

Two things are quite evident about Canadians. The country supports action on climate change – provided it is done fairly and that the direct costs do not bite too deeply on individual or national well-being. Second, Canadians are deeply worried, mid-pandemic, about their lives, livelihoods and standard of living.

There is little evidence that there is national support for dramatic and risky changes in the national economy; instead, the deep hope that one feels across the country is the economy will return to “normal” in fairly short order.

Over its first term in office, the Canadian government tied its climate change agenda to efforts to constrain the oil and gas sector. Ottawa avoided dramatic actions but favoured regulatory controls on the sector. What the government has not done, beyond the carbon tax, was spread the costs of its climate change plan across the country. And as the Prime Minister has said repeatedly, the direct cost to individuals and families of the carbon tax is offset by equivalent or larger government cheques. This means industry, farmers and rural residents are playing disproportionately for the costs of the carbon tax while urban dwellers, already beneficiaries of massive subsidies for major transit projects, receive a rebate. All told, the cost of the Liberal government’s climate agenda fell disproportionately on Western Canada, on the energy industry and on rural businesses.

Imagine, for second, the national reaction if Ottawa had knocked out the underpinnings of the national automobile industry, on the grounds that the manufacture and use of automobiles made large contributions to carbon emissions, or if the government had ordered a sharp reduction in the allowable heating and cooling of homes, public buildings and private businesses on the same basis. Consider the reaction in Quebec if the four Western Canadian provinces demanded that the federal government pull all financial support and expand regulatory control over the aeronautics and pharmaceutical industries, to say nothing of Bombardier and SNC-Lavalin. The reaction to such measures, each of which would have had a nation-wide impact on carbon production, would have been loud, boisterous and politically unsustainable.

The main point is simple. If the government’s objective is to reduce Canadian emissions, it can focus on the production side (oil and gas) or on consumption (transportation, home heating, manufacturing and the like). In the long run, the effort will require a combination of all opportunities to reduce emissions and a sharing of the burden across the country. Singling out the Alberta energy sector while ignoring offshore oil production in Newfoundland, cement plants in Quebec, or the energy footprint of massive urban developments is disingenuous at best and mean-spirited at worst. Moreover, it leaves the impression that the country’s climate change aspirations can be met solely through an assault on the Alberta oil sands, which is not remotely true.

It is destructive of national good will when the Premier of Quebec feels comfortable making gratuitous attacks on the Canadian energy industry while importing and processing in his province millions of barrels of foreign-produced oil.

Mid-pandemic, an unexpected political convergence has turned up the rhetoric on the topic. Bloc Québécois leader Yves-François Blanchet joined with outgoing Green Party leader Elizabeth May in declaring Alberta’s oil sands “dead,” suggesting that this is an acceptable outcome for the country as a whole. Their commentary is economically tone-deaf and destructive of national unity. Canada will be using oil and gas and related products for decades to come. The only realistic path forward is to recognize the Canadian-produced oil and gas will remain a major part of Canada’s energy supply and that the energy sector is an integral part of the climate change planning process, not opponents of the search for an effective transition to a more sustainable economy.

Imposing national penalties on selected people outside the mainstream – and Alberta and Saskatchewan are clearly outsiders in national politics – is an easy way to make policy progress. The backlash is limited and can often be contained politically to the affected region. What Canadians have missed to date is that an aggressive climate change plan that focuses on oil and gas production will have truly national consequences. Government revenues will tank, as they have already in Alberta and Saskatchewan, employment will crater, scores of businesses will close and hundreds of small communities in the West will experience excruciating dislocations. In an age of promised transparency, this is not a story that has been shared nationally.

A stark reality is staring the country in the face. Current Canadian policy will undermine and devastate the Western Canadian oil and gas sector. Should this happen, the current pandemic-related economic downturn will plunge further – and will last longer – with government lacking the financial resources to support a sustained recovery or to pay for a substantial and effective climate change plan. The Liberal government is politically devoted to its climate change agenda, even though current plans will have little impact on the global carbon footnote and will get little notice outside of Canada. Even Greta Thunberg will not be overly impressed.

Seldom, if ever, in Canadian history has so much been risked economically for such a limited return.

Canada requires a climate change agenda, just not the one that it is currently following. There will be no immediate transition to a renewables-based economy, however much proponents of the so-called Green Economy might like it. This is even more true internationally, where East and South Asia have substantial needs for oil and gas for decades to come, as the International Panel on Climate Change has confirmed. Canadian oil and gas, produced under strict environmental and social guidelines, is a vital part of the Canadian and the global energy mix and will be so for years to come. This country and the world at large will require a steady supply of oil and gas for at least three decades while alternate energy projects come online. The Canadian goal should be to create an energy plan for a huge, sub-Arctic country that has to come with a widely dispersed population and extremely cold weather. It is a fantasy to think that Canadian energy consumption will decline in parallel with those in more temperate climates.

In the current environment, Canada should prioritize new systems, particularly small modular nuclear reactors and community-sized energy plants, including geo-thermal, run of the river, wind and solar power. It should maintain the use of oil and gas where it is more logical and financially realistic to do so. Coal is clearly on the way out, certainly in North America. Canadian oil and gas could play a major international role in providing a steady and competitively priced supply that will allow China, Indian and other countries to move off coal and to cleaner oil and gas. A robust and financially successful oil and gas sector, one with demonstrated achievements in reducing its carbon footprint, is part of a national climate change plan, and not the enemy of it.

The crisis has forced an unprecedented expansion in the scale of government spending and, therefore, the role of government in the economic life of the nation. Canadians find themselves facing an existential question in the coming months. Does the country believe that a subsidy-based, government-driven economy is in the best interests of the country, or do they want to put their confidence in a re-invigorated market economy?

The next few months matter greatly. The immediate challenges are monumental. But how governments invest their stimulus spending, regulate the economy and resource development, and plan for a realistic and effective climate change strategy that plays to Canada’s strengths, will determine the fate of the Canadian economy for generations.

Ken Coates is a Munk Senior Fellow with the Macdonald-Laurier Institute and Professor and Canada Research Chair in Regional Innovation in the Johnson-Shoyama Graduate School of Public Policy at the University of Saskatchewan.