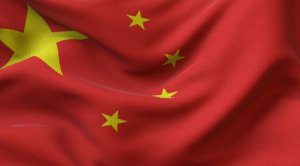 Last week’s Liberal vote against an Opposition motion calling for action on Huawei and China was a missed opportunity to demonstrate cross-party unity and slowly gain begrudging respect from Beijing, write Andrew Pickford and Jeffrey F. Collins in iPolitics. Below is an excerpt from the article, which can be read in full here.

To say that Canada faces hard choices on the China file is somewhat of an understatement.

Some may have sympathy for difficult decisions and options facing Prime Minister Trudeau. However, the actions of Beijing are predictable, especially after Trudeau came into power in 2015 with an unabashedly pro-China message and a concentration of influential-Liberal supporters with a commercial interest in the Middle-Kingdom.

Despite continual mis-steps and drift on the China file, there is a clear path for Ottawa to make choices and transition to a strong, bi-partisan position where national interest is the litmus test for action. We mapped out this path in a recent paper on the subject for the Macdonald-Laurier Institute, where we examined (among other things) Australia’s response and the model it offers for Canada.

The summary of the Australian experience with China will not make for happy reading.

That being said, how Canberra responded to threats and coercion indicates that it is not necessary to compromise ethics, morals or national priorities when dealing with Beijing.

Like Canada, Australia has dealt with hostage diplomacy, “wolf warrior” tactics, trade boycotts and threats made against the Chinese diaspora to push the People’s Republic of China, (PRC) agenda within the country.

Unlike Canada, China is the destination for almost half of Australia’s exports, compared to four percent of Canadian exports. And yet, Australia seems to have confidence to move in a direction which either the Trudeau government can’t or won’t.

Since 2016, Canberra launched a cyber security strategy, changed telecoms legislation to stop or forestall foreign interference, banned Huawei and PRC vendors from 5G, created a Critical Infrastructure Centre, and called for investigation into origins of COVID-19 and the actions of the World Health Organization.