Once again commodities are coming to Canada's rescue: Jack Mintz in the Financial Post 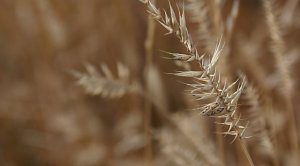 There are risks but good news is coming to the Canadian economy, including Alberta and the other Western provinces, writes Jack Mintz in the Financial Post. Below is an excerpt from the article, which can be read in full here.

Canada’s per capita GDP growth from 2016 to 2020 was the worst five-year performance since the Great Depression: an annual rate of minus 0.75 per cent. Sure, the pandemic was the major reason for negative growth in that period but even so, 2016-19 per capita growth was only 0.5 per cent a year — barely better than flatlined. No surprise in that. Canada was gut-punched by a quick, sharp decline in commodity prices in late 2014, moribund business investment after 2015, and transportation blockages holding back resource exports in 2018 and 2019. It was hard to gain any speed.

But good news is coming to the Canadian economy, including Alberta and the other Western provinces. As health restrictions lift, people will want to restore what they missed most – entertainment, travel and social gatherings – instead of onetime purchasing of consumer durables (housing and autos). With built-up temporary savings from eye-popping government transfers, more money will be available for debt reduction and retirement saving, as well as to pay inflated prices or higher taxes (the latter two being the price of running up huge public deficits). Our most important trading partner, the United States, is in overdrive to pump up growth, including imports from Canada.

If we are to achieve better long-run growth, however, we need factories humming and people back at work. Given Canada’s large resource base, the uplift in commodity prices will help charge our economy. Already, the commodity price index is up 17 per cent since January 2019. Raw agriculture prices are up eight per cent and food prices 14 per cent. Metals are up fully 49 per cent. Forest product prices are now at a 30-year high due to strong housing demand. Energy prices and production are back to pre-pandemic values. Given the importance of commodities as our biggest export – even larger than auto trade – the Canadian dollar has risen to 79 cents after falling to 69.5 cents near the start of the pandemic.