The common – and elusive – humanity of wearing a mask: Peter Menzies in Troy Media 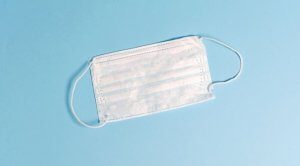 It’s a principle and an understanding that life is not just about individual, but also collective, rights and the balance between them, writes Peter Menzies in Troy Media.

The go-to car radio station for people of my demographic profile in Regina is Rawlco Radio, home of the John Gormley Show, The Hour of Rage and, on Sundays, replays of Montreal’s popular Roy Green Show.

This is red meat programming for grumpy old guys. You know – men who look like me and who, for several years now, have been muttering “this is what happened to the Romans,” “kids these days,” and every now and then “young man, if I were 30 years younger, I’d, I’d, I’d. …”

The topics on these programs are intended to inspire a reaction so, as is often the case, my attention was directed to the matter of whether masks should or must be worn during the pandemic and, if so, how often and where.

I’m prone to occasional Tourette-style outbursts when alone in my vehicle but this time my response was restrained. Addressing the radio, I calmly asked: “Were you raised by wolves?”

Remember back not so long ago when we were “all in this together”?

Well, that’s not what the guy at my pickleball venue thought last week. You’ve probably run into him, or a reasonable facsimile by now – the guy who won’t wear a mask because “you can’t make me – that’s a human rights violation.”

You can explain all day long that a mask rule is no more a violation of human rights than is an organization’s insistence that people wear pants or a tie. Nothing is going to change his mind.

Nor would any appeal to reason alter the sense of self-righteous persecution inspiring the fellow who tried to bull his way into my place of work where we have a rule requiring the wearing of masks while in shared spaces. He left before the police had to be called.

The older woman in the gym at least humoured me. I had the place to myself for a while last weekend until, near the end of my workout, she arrived, stretched and hopped on the treadmill without wiping the machine down as the guidelines insist.

I hate the idea that I have become a COVID-19 snitch, so as I prepared to depart I handed her the disinfectant spray and (fibbing, just fibbing) said: “You might want to use this. The girl who was just on here was coughing pretty hard and I don’t think she wiped it.”

Her response was a harrumph.

I resisted swinging for the fences on that one and said, “I guess we all want to make sure we do what we can to make sure the gym stays open. I think I’ll go crazy if I have to do April all over again.”

In accord, we went about our respective days, each of us a little less fat.

None of these recent anecdotes were as extreme as the one passed along to me about a friend who wore his mask while doing business at his local postal outlet only to be questioned by the woman behind the counter who wondered, “So I guess you believe all this COVID stuff, eh?”

Don’t get me wrong. I hate the idea that governments have to mandate the wearing of masks. I’ve raged for years about the inclinations and dangers of the ‘nanny state’ because I believe we’re better people when we don’t outsource our compassion.

But what troubles me more is people’s refusal to acknowledge their collective responsibility to each other, even if for no other reason than as another friend said about wearing a mask, “I know it makes the lady in the checkout aisle feel safer.”

In other words, he does it because he subordinates his own feelings of discomfort, skepticism and suppressed freedom to enhance the comfort of others. In doing so, in caring about someone he doesn’t know, he helps us define what it means to be a human being.

As Dr. Deena Hinshaw, Alberta’s chief medical officer of health, was explaining on CBC Radio’s White Coat, Black Art program recently, the current times come down to “caring for each other the way you would want yourself and your loved ones to be cared for and continuing to be kind.”

Has a familiar ring to it, doesn’t it?

The secular world calls it the ethic of reciprocity. My parents and Presbyterian Sunday school teachers taught it as the “do unto others as you would have them do unto you” Golden Rule.

It’s the ultimate social no-brainer that’s also a prominent concept in Islam, Buddhism, Hinduism, Judaism, Taoism, Zoroastrianism, Baha’i and pretty much any other religion or ethical tradition you can name. Just ask Confucius.

So I posted the young-sounding man’s question on my Facebook page and asked friends: “Since when?”

I heard from Sue in Texas, Max in Pennsylvania, Bill in Maryland, Margaret in Colorado, Doug, Dave, Bruce and Naheed (yes, Mayor Nenshi) in Calgary, Marla in New York (I think), Ruthy in Winnipeg, Kim and others. They all knew (Nenshi took it way back) that, dude, the answer to “since when” is the Garden and the Golden Rule. It’s Cain, it’s Abel. It’s heroically taking a hit for the team to make a play. It is, more or less, since the fall and the Dawn of Civilization and the understanding that there’s more than just me. Or just you.

It’s a principle and an understanding that life is not just about individual, but also collective, rights and the balance between them. And being common, decent human beings who work and negotiate with our brothers and sisters to make the world a better place.

Peter Menzies is a senior fellow with the Macdonald-Laurier Institute and a former CRTC vice chair.