Why conservatives are grateful for the society we have: Brian Lee Crowley in the National Post 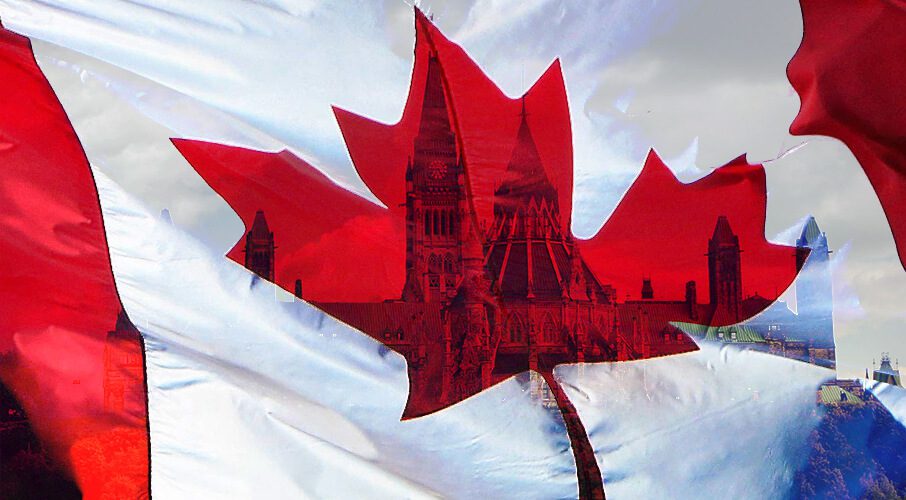 Conservatives do not think society is perfect; rather, imperfections signal that incremental adjustments that promise genuine improvements without endangering the gains of the past must continue, writes Brian Lee Crowley.

Modern conservatism springs, not from a central idea or policy, but from an emotional disposition. Conservatives are first and foremost grateful for what we as a society have.

This gratitude arises from an awareness of where we have come from. Poverty, disease, ignorance and intolerance are humanity’s default condition. Only a handful of societies have, slowly and painfully, evolved the institutions and behaviours that allow people to escape these ills on a broad front.

Canada is one of those nations. Our greatest endowment is thus neither our natural resources nor our people but a set of institutions and behaviours that includes the rule of law, judicial independence, robust property rights, respect of contracts, non-corrupt police and bureaucracy, a relatively stable regulatory and tax burden, non-violent resolution of disagreements, a strong work ethic and the certainty that elections actually choose governments, with the vanquished relinquishing power. Added to the civil freedoms of speech, religion, conscience and assembly, this makes an inheritance of order and freedom almost without peer in the world.

Conservatives do not think society is perfect; rather, imperfections signal that incremental adjustments that promise genuine improvements without endangering the gains of the past must continue.

This gratitude for our inheritance is in contrast to the left’s obsession with our mistakes, our moral, environmental and racial failings, for example. The past is no source of inspiration but is composed of endless sins whose stain can be removed only by endless apologizing, the abandonment of tradition and the reconstruction of our institutions and behaviours in accordance with fashionable opinion.

A corollary of our gratitude is a deep scepticism of grand schemes of social reconstruction. Too often have revolutions not only failed to improve conditions for the many, but they have destroyed the progress that had already been made in growing the institutions that confer success. Conservatives thus look with favour on the vast network of programs and private insurance that have grown up over the years to give most Canadians affordable access to prescription drugs but also agree that this must be supplemented by a scheme that extends coverage to the small minority not served by the current system. A universal “pharmacare” system that sweeps away approaches that work well for an untried government monopoly unnecessarily risks compromising benefits enjoyed by the majority in order to worship at the left’s altar of uniformity and bureaucratic control.

Moreover conservatives understand that some of our greatest social challenges do not come from the failure of our institutions. In the case of Indigenous people, for example, the challenge is their long-standing exclusion from those institutions: opportunity, education, infrastructure, self-government and many other things the rest of us take for granted. Indigenous leaders are making a conservative case when they call for the yoke of Ottawa’s bureaucracy to be lifted, for their communities to be granted self-government and for them to be able to build their economies to generate enough wealth for Indigenous people to make their own choices.

Gratitude for what we have inherited from our forebears entails an obligation to resist those who, from ignorance or self-interest, would damage this patrimony. It is thus a conservative impulse that saw Canadians rise up in disgust against the corruption and the abuse of the rule of law that underpinned the SNC-Lavalin scandal. We are united in not wishing to import such behaviour and in rooting it out wherever it is to be found. That same impulse animated outrage at the attack on a rules-based society represented by asylum-seekers letting themselves into Canada by simply walking across the border at Quebec’s Roxham Road in defiance of the spirit of a fair and orderly immigration system.

Conservatives believe that the greatest achievement of 1867 was a parliament and government endowed with the power and authority to act in the interests of Canada and are thus repelled by politicians’ failure to stand up for this authority, as when they offer a veto to provinces over infrastructure of national significance, such as pipelines or refuse to use federal power to sweep away barriers to trade between Canadians.

On the vexed question of identity, conservatives hold that in a society of free people it is neither possible nor necessary for us all to agree with each other’s choices of how to worship, conduct our sex lives or interpret our history.

In the conservative world view people are not first and foremost black or transgender or Chinese or Muslim or Irish or Indigenous. They are Canadians who enjoy the freedom to choose the identities that matter to them. We do not protect only state-approved opinions, behaviours and identities because we are not servants of the state, but the other way around.

Progressives, who see these disparate identities as foundational, are outraged by the resistance shown by ordinary Canadians when they are told by law that they must use someone else’s choice of a pronoun or refrain from saying anything that might be construed as critical of Islam or must renounce their religious convictions to obtain government grants.

Conservatives say that all identities are private and must be accepted, just as others must not be forced to endorse them. When Justin Trudeau says he has spent the past four years bringing Canadians together, what he really means is he has demanded that ordinary Canadians be forced to embrace ever smaller and more militant minorities who demand not acceptance but enthusiastic endorsement. It is not enough to say that sexual minorities are entitled to the same protections as all other Canadians. You must march in the Pride Parade or be labelled a bigot. Conservatives believe in a single public Canadians-of-All-Identities Pride Parade, followed by private side parties for those who want to celebrate particular identities.

Progressives want us to celebrate Canada because of social programs and multiculturalism, but they are wrong to see these as what makes Canada great.

When my ancestors, Laurence and Honora Crowley, set sail from Ireland in the 1820s for what was to become Canada, they didn’t come for free visits to the doctor. They didn’t wrestle a prosperous farm from a hostile wilderness for the quality of our public services. There weren’t any. And yet Laurence and Honora and millions of others flocked to Canada. Why? Plenty of people move to Canada from countries with more generous social programs, but few Canadians move the other way.

Multiculturalism isn’t the explanation. The U.S.S.R. was hugely ethnically diverse but people had to be prevented from leaving at the point of a gun. Multiculturalism in Canada isn’t the cause of our success, but a result. Diversity isn’t our strength; our strengths attract diversity. People from all nations come here because of the freedom, stability and opportunity Canada offers, not because people from all nations come here.

There is thus a Canadian mainstream after all, and it is the foundation on which repose the diverse identities of Canadians which so preoccupy progressives. That mainstream is deeply conservative. The fact that no political party has been able to articulate and defend it is the greatest reason for our divisive and fractured politics. This is a moment of great danger for Canada, but also great opportunity for those who know how to seize it.

Brian Lee Crowley is the Managing Director of the Macdonald-Laurier Institute, an independent national think-tank based in Ottawa.