Continuing to do nothing will not deter China: Charles Burton's Remarks to the House of Commons Special Committee on Canada-China Relations 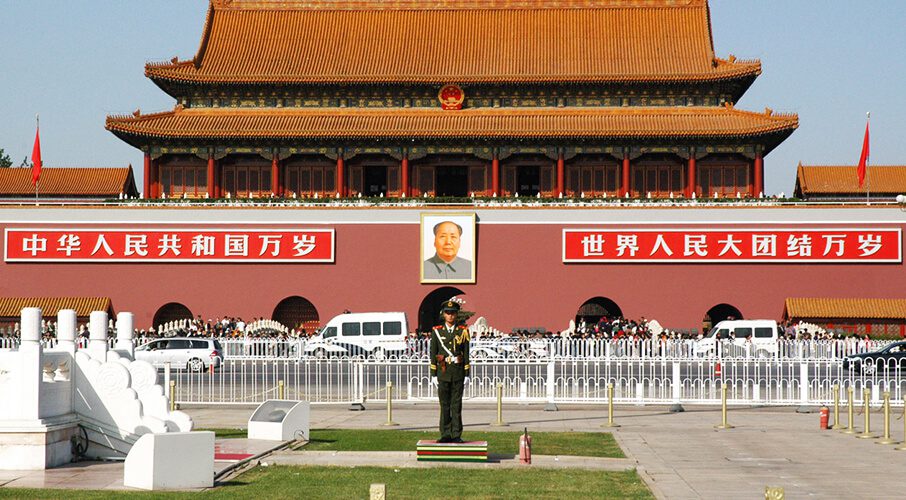 Canada’s continuing to do nothing in response to China’s violations of the accepted norms of international diplomacy and trade will not sustain the status quo in our deteriorating relations with China and will certainly not allow us to see movement in achieving the release of Celil, Spavor and Kovrig, explains Charles Burton.

The following remarks were prepared by MLI Senior Fellow Charles Burton as evidence to present before the House of Commons Special Committee on Canada-China Relations meeting which convened on February 24, 2020. The full video of those proceedings, including Burton's remarks, is available here.

Good morning. It is such an honour for me to be invited to give evidence to the House of Commons Special Committee on Canada-China Relations.

I have read all the evidence from the Committee’s meetings numbers 3, 4 and 5 that were sent to me by your Clerk of the Committee. All of this evidence was given by senior Canadian Government civil servants explaining to the Committee how they implement Canadian government policy.

This morning I would like to highlight important factors in the Canada-China relationship that I was disappointed to see omitted in the earlier evidence, assertions made that I interpret differently, and, finally, some recommendations that I have for the Government of Canada on how to much more effectively further Canada’s interests in our relations with China.

Let me say, first of all, that as is the case for many Canadian families, Chinese, not English or French, is the language of my home. In my youth, I read a lot of classical Chinese texts in their original Chinese. More than 40 years ago, I had the extraordinary privilege of being admitted into the History of Ancient Chinese Thought Program in the Department of Philosophy at Fudan University in Shanghai.

Because of this, I was taken aback by something I read in the evidence that the Committee was given by a senior Canadian Government official who said, and I quote, the Chinese “place an importance on the values of collectivism and harmony, owing to a Confucian heritage. Understanding the extent to which China values unity and the needs of society at large, rather than freedom of individual choice...we just have to understand that. That's where they're coming from” and elaborated later as “some elements of collectivism and harmony are at odds with individual rights. They're different.”

Let me point out, this assertion by our Ambassador is consistent with the official propaganda of the Chinese Communist Party under General-Secretary Xi Jinping. The CCP upholds its political legitimacy by claiming that China’s traditional culture demands non-democratic single Party autocratic rule in this modern age.

I could not disagree more with this interpretation, and certainly it is utterly refuted by the vibrant democracies based on respect for human rights and rule of law existing today in Taiwan and South Korea.

But the troubling question for me is this: does Canada’s acceptance that “China values unity and the needs of society at large, rather than freedom of individual choice,” mean that Canada will stand idly by in the face of the horrendous and massive program of cultural genocide against the Uyghurs and other Turkic Muslims in China who are confined to so-called “re-education camps” where they are not permitted to practice their religion at any time over their years of incarceration?”

The fact is that Canada has put the names of officials from Sudan, Russia, Venezuela, and Saudi Arabia on our Justice for Victims of Corrupt Foreign Officials Act (or, Magnitsky Sanction) list. But in sharp contrast, no Chinese officials complicit in the persecution of Tibetans, Uyghurs, Falun Gong and Chinese Christians have been designated. This sends out a strong signal to the PRC regime. That signal is that hostage diplomacy and arbitrary imposition of trade sanctions against Canada is a policy that works. Our lack of any substantive response to this emboldens them to do more of it in future.

The evidence given by our civil servants in the previous meetings of this Committee repeats over and over the formula that Canada’s priority in China relations is “the immediate release of Michael Kovrig and Michael Spavor, as well as clemency for Robert Schellenberg.” But in response to questioning, one of the officials indicated “there are two Canadians—Mr. Schellenberg and Mr. Fan Wei—whose charges on the death penalty are public and available.”

So why is the focus on Kovrig, Spavor and Schellenberg, three Canadians of non-Chinese origin, to the exclusion of our Canadians Huseyin Celil and Fan Wei? I judge that is certainly deeply troubling to all Canadians formerly resident in the PRC prior to becoming Canadian citizens and joining our national family.

Do we also thereby tacitly accept the Chinese Government’s claim that persons of Chinese origin in Canada have an obligation of residual loyalty to the Chinese state regardless of their Canadian citizenship? Is that why the serious problem of Chinese state harassment of persons of mainland-Chinese origin in Canada, in gross violation of the protections of the Canadian Charter of Rights and Freedoms, is essentially unaddressed by our Government?

The PRC regime’s flouting of the standards of international diplomacy is, without question, becoming more and more blatant as the years go on. Just last week the Czech Government President’s office acknowledged the leak of a communication received by that office from the PRC Embassy in Prague. In it, the Government of the PRC threatens that if the Speaker of the Czech Parliament travels to Taiwan as planned, then three Czech companies with extensive business in China would be punished, including the famous Petrov piano factory.

So unlike the PRC sanctions against our canola, which is falsely accused of having severe impurities in its dockage, there is no longer any pretense in this Czech case that there is any legitimate basis for the PRC’s threat of trade retaliation if a nation does not comply with the PRC’s political agenda. The companies menaced were chosen simply because they have ties to politically influential people in Prague.

Taiwan has a national Government utterly in control of its territory fully legitimated by a liberal democratic election process. Why shouldn’t the Czech speaker go there?

The fact is, Canada has lost the respect of the Chinese regime by our non-action in response to their outrages against us. It is high time for us to kick back by retaliating especially on China’s persistent illegal imports into Canada of the noxious drug, fentanyl.

Canada’s external trade with China is about 4.7% of our exports at present and is mostly primary commodities which can be sold easily elsewhere in the global market. In the unlikely event China decided to block us from access to their market further in response, the consequences would be highly disruptive to certain sectors. Those sectors would need compensation, but not as severe as some people who speak in support of China would make out.

But Canada’s continuing to do nothing in response to China’s violations of the accepted norms of international diplomacy and trade will not sustain the status quo in our deteriorating relations with China and will certainly not allow us to see movement in achieving the release of Celil, Spavor and Kovrig.

Finally let me conclude by mentioning that a report by my friend Anne-Marie Brady to New Zealand’s Parliamentary Inquiry on Foreign Interference details the Chinese Communist Party’s massive scheme of enticing foreign politicians, academics and business people to promote China’s agenda through political lobbying, the media and academia. Besides offering business opportunities or free trips to China, using bribery or honey traps and so on, there are also “consultancies” in which prominent advisers pocket up to $150,000 per annum just for being affiliated with PRC entities. So long as the foreign adviser promotes relations with China on PRC terms, the money keeps coming.

Australia’s 2018 Foreign Influence Transparency Scheme Act should be examined carefully by this Committee. Canada needs to come to terms with Chinese money benefiting Canadian political campaigns and rewarding Canadian politicians and public servants who are seen as “friends of China.”

Mr. Chair, I welcome vigorous and challenging questioning from members of the Committee about what I have said above and anything else I can speak to on Canada-China relations.

There are many very important topics that I have been unable to address in this short statement. I do regret that.