Of course the CRTC regulates speech. That's why it exists: Peter Menzies in The Line 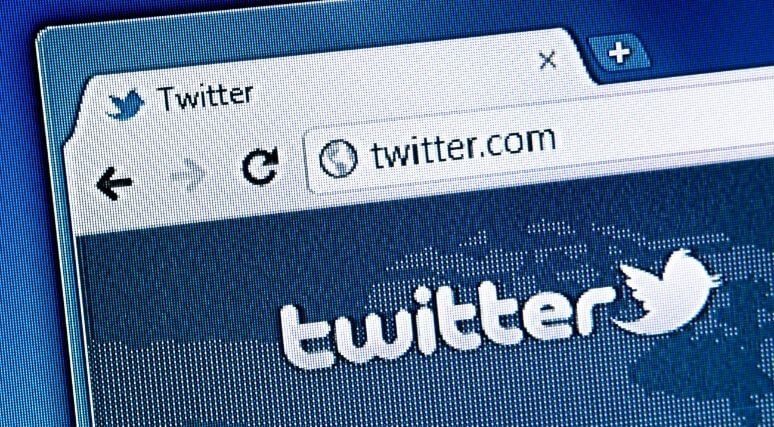 The Internet is no more broadcasting than a cow is a caribou, writes Peter Menzies. Further, it’s ridiculous to think that an outmoded relic such as the 1991(!) Broadcasting Act is the proper tool to use to govern communications in the 21st Century.

This article initially appeared in The Line as a response to Daniel Bernhard’s recent defence of Bill C-10. Read more from The Line here.

There is a disquieting tendency towards head-patting among those who believe their commercial interests will be most enhanced by the passage of Heritage Minister Steven Guilbeault’s disastrous Bill C-10.

This was charmingly illustrated in Daniel Bernhard’s recent and oh so jaunty argument in The Line. He cheerfully fretted that the debate over the bill — which defines the Internet as broadcasting and puts it under the control of the Canadian Radio-television and Telecommunications Commission (CRTC) — had become “untethered from reason.” In other words, the people on the other side of the argument are just a little, ya know, crazy.

This is a pitiable statement to be made on behalf of a historically unpersuasive organization called the Friends of Canadian Broadcasting, which describes itself —despite its clear loyalty to arguments advancing the corporate interests of big cable companies and others vested in the regulatory status quo — as an independent citizens group.

Nothing to see here, say the Friends; move along. The people who claim the CRTC will govern your speech just don’t have the smarts to understand what the Broadcasting Act is really all about and are, well, irrational.

So, who do you think is the nuttiest of the nuts on this list of people who have objected to C-10?

Tough call, isn’t it? Suffice to say, dear Friends: if we must meet with pistols at dawn, you bring your intellectual artillery. I’ll bring mine.

To the best of my knowledge, none of the people listed above disagree with the Friends on this point. In fact, many have made the case that Bill C-10 is an unnecessary diversion from more serious online industry problems — some of which are addressed in another bill (C-11).

The big matters that need to be addressed by the government involve algorithms, data collection, privacy protection, and anti-competitive practices — not the facility of the Netflix search tool, nor whether the search term “Canadian” should pop up as a default selection.

My main point of disagreement to Bernhard’s piece is that the Internet is no more broadcasting than a cow is a caribou. Further, it’s ridiculous to think that an outmoded relic such as the 1991(!) Broadcasting Act is the proper tool to use to govern communications in the 21st Century (for those inclined, there is a complete policy paper available here that fleshes that out.)

In terms of the sections 2.1 vs 4.1 legal arguments, I’m pretty certain I will lose most of The Line readers if I delve into those details. I’m more than comfortable deferring to my fellow “militants” such as law professors Laidlaw and Geist, whose arguments have been so overwhelming that not even Attorney General David Lametti attempted to refute them in the defence of Guilbeault, who has now established himself as the most regressive Heritage Minister in the history of that ministry.

All readers really need to know is that, yes, Bill C-10 makes it legal for the CRTC to regulate your video or audio uploads if they are posted to “social media,” the definition of which will be left entirely up to the nine government-appointed CRTC commissioners. Who knows what they’ll come up with. There are no minutes of their meetings, so it’s impossible to know what they might be thinking.

I mean, if it was easy to define social media you’d think the government would have just done it, right? Similarly, if the legislation is aimed only at the bad behaviour of the “Web Giants” — the pejorative term Guilbeault has engaged — the bill ought to simply say that. But it doesn’t.

And as for the government-approved Canadian Content industry’s argument that it didn’t want to regulate/suppress the user generated content produced by the rest of us . . .

Oh Yes They Did.

Here, Michael Geist leaves that fantasy hanged, drawn and quartered. Somewhere, its head is on a spike.

It’s appalling that so many people within the creative industries — who have so fiercely sided with all forms of progressive causes and individual liberties over the years — would so cavalierly swat aside freedom of expression concerns with the wave of a self-righteous hand. When the Friends mock the arguments made by the above-listed experts with phrases such as “breathe easy: your right to free expression is not under attack” they provide no evidence. Bernhard offers only the denial of facts and expertise in a piece filled with the self-righteous conviction and flatulent hubris of those so convinced of their moral superiority that they are incapable of considering the impact of their actions on others.

Because the CRTC does manage speech. That’s the whole friggin’ point of it.

From the moment the Royal Commission on Broadcasting was established in 1928, the regulation and licensing of Canada’s publicly-owned radio waves (spectrum) has been about who owns it and what speech it will approve to be used upon it.

It ensures that, for instance, George Carlin’s Seven Dirty Words cannot be said over the airwaves. The CRTC governs what type of music is made, and by who, and when it is played, along with how many hours a week must be designated for  “spoken word,” news, “deejay banter” and advertising. It decides what is and isn’t a montage, and it makes sure that if you are a religious broadcaster, you have to give 20 hours per week to people who don’t share your faith.

You might hear more complaints about all this, but most broadcasters manage their relationship with the CRTC very carefully.

So, feel free to argue that there is nothing wrong with speech and society being controlled and shaped by the state in the way a pitcher sculpts water. Put your back out arguing that somehow the Internet is a form of radio wave/spectrum and therefore a publicly-owned asset which justifies the regulation of speech and manipulation of choice upon it. But just don’t say the CRTC doesn’t regulate or censor speech. That is its — and the Broadcasting Act’s — raison d’etre.

The good people of the CRTC — and there are many — are instructed by the Act to govern speech under its jurisdiction and they can do no other. So I’ll give the opposing argument this: regulation of freedom of expression isn’t a threat.