A COVID Anniversary: Celebrating one year of chasing our tails: Shawn Whatley for Inside Policy 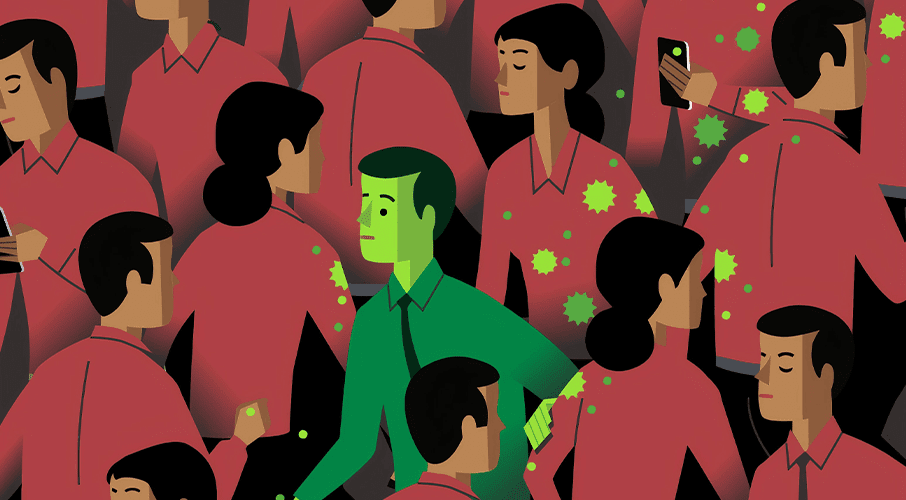 COVID-19 proved that Canadian medicare cannot respond to any increased demand without the threat of collapse, writes Shawn Whatley. Let’s not allow this lesson to go to waste.

Here in Ontario, we are in pretty much full pandemic lockdown again, giving us all a little déjà vu since that’s pretty much where we were exactly one year ago as policy-makers grappled with the first wave of COVID-19. It’s an appropriate time to look back at how our collective battle against the virus has played out.

Health Canada reported our first case of the novel coronavirus on January 25, 2020. This initially caused little in the way of public reaction. Yet, one month later, the CBC posted a video of workers welding doors shut on an apartment building in Wuhan, China, to contain the new virus. By March 11, the WHO declared COVID-19 a pandemic. Nevertheless, federal Health Minister Patty Hadju insisted border closures would not stop the spread. Others argued that closing our borders against China smacked of racism. But by March 20, even Canada had closed its borders to non-essential travel, including from the United States.

SARS-CoV-2 was the most anticipated surprise since the Spanish Flu. Infectious disease experts have been predicting a pandemic for years. After each small outbreak – SARS-1, Ebola, Swine Flu – experts would caution, “We got off easy. Just wait, something bigger will come.” And so, it came.

Since that time, over 3 million people have died from COVID-19 worldwide so far and we in Canada are well into the third wave. Mass vaccination will allow us to achieve eventually some level of herd immunity, thereby mitigating some of the more destructive consequences of the virus. Yet, given the rise of variants of concern that can potentially evade some of the vaccine-induced defences of our bodies, it is certainly possible that COVID may become endemic – and that we may have learn to live with COVID, rather than hope to eliminate it altogether.

Canadian leaders chose to ignore the risk at first, welcoming plane loads of people from the epicentre of the pandemic, long after other countries had closed their borders. While many states ramped up production of PPE or secured outside supplies, our leaders told the public not to worry about masks. One year later, the Auditor General called the government’s risk assessments from spring 2020 an “utter failure.”

Of course, Canada overcorrected and closed borders, schools, public services, businesses, and basically everything we could close. We did so not only in the beginning, when the virus was largely still unknown, but again and again – as a blunt instrument of last resort that we became far too comfortable using as a first resort. We threw out thoughtful disaster plans, created by people who make such plans for a living, and drew up crisp new plans, created by public health physicians, civil servants, and scientific panels of expert advisers. Yet our efforts at testing and contacting tracing, to say nothing of vaccinations when that tool finally became available, lagged behind many of our peers.

One risk and only one mattered: COVID-19. We sought to crush it at any cost. Even one life lost to COVID was too many. To disagree was to display heartless disregard for one’s neighbour, social deviancy, or to be unCanadian. Driven by worst-case scenarios and armed with test counts and positivity rates, we went to war with the virus by locking citizens out of their businesses and into their homes. We emptied hospitals and stopped seeing elderly patients who needed acute care. The Canadian Institute of Health Information reported a 27 percent decline in patient transfers, between 2019 and 2020, from long-term care to acute care hospitals, despite the latter being almost empty throughout much of the pandemic in most jurisdictions. Given that 68 percent of COVID deaths occurred in those over 80 years old, we might have expected a major increase in transfers of sick patients from long-term care to acute care hospitals, not the reverse.

This approach has caused significant misery. The Macdonald-Laurier Institute’s COVID Misery Index quantifies the burden of suffering from COVID-19. The Index uses 16 different measures grouped into suffering caused by the disease, our response to the disease, and the economic fallout. Although Canada had a smaller total disease burden, Canadians suffered more than other countries due to our policy response and the resulting economic burden. We ranked 11th out of 15 countries.

The COVID Misery Index garnered well-deserved attention. But critics tried to dismiss it for assigning equal weight to each measure of suffering. COVID deaths received the same weight as deaths from other causes, as well as the number of ICU admissions, level of borrowing, extent of vaccination, and so on. How could death, borrowing, and vaccination exist in the same comparison? Surely, death matters more than borrowing?

Although everyone agrees death trumps all other measures of suffering, no one lives that way. If we did, no one would drive a car or cross the street. Any risk to life would be too high for a commodity so precious. Again, no one lives life to avoid all modifiable risk of death. Governments exist to balance risks and outcomes: deaths against debts, sacrifice of civil liberties against suicide prevention. For some reason, COVID-19 made us forget balance.

This hyper focus on one risk mirrors the critical incident approach in hospitals. One toddler dies during resuscitation. A misplaced endotracheal (breathing) tube may have played a role. A single case warrants several months of meetings, binders of new policy, crisp safety checklists, warning labels, and much more. Toddlers do occasionally die. And very rarely toddlers die from tragic failures of attempted treatment. All toddler deaths are horrific; clinicians never forget them.

Far more people die every day from other things such as heart attacks, pneumonia, stroke, cancer, and car accidents. Many of these deaths create opportunities to improve policy. But we never turn the entire focus of a whole department to one death from pneumonia, for example. However, rare events command full attention. They will never happen again in the same way, and we can never write enough policy to prevent them. But unfortunately, this is the culture of medicare; it is how we do business.

Canada’s policy response reflects the culture of medicare amplified to the national level. Over the last year, Canadians received a backstage pass to standard operating procedures inside our nationalized health care system. Citizens have seen the management, bureaucracy, and approach to decision-making that doctors and nurses endure every day.

A culture is simply the norms and behaviours accepted within a specific group of people. If meetings always start 15 minutes late, your workplace has a culture of lateness. Medicare has its own culture: a collection of norms and behaviours that include management by experts, one-size-fits-all policy, funding-driven change, leadership by legislation, and much more. We put our faith in expert managers (managerialism). Uniformity defines excellence – everyone needs to follow the same rules. Funding determines outcomes. And we try to improve performance by passing new laws (legal instrumentalism and management by legislation).

Culture rests on a set of concepts, which most people never think about. A culture of lateness occurs when everyone assumes punctuality is not important, or that it is rude to start on time. Or perhaps everyone thinks something else matters more, such as creating a relaxed workplace. Dozens of concepts inform a dominant culture, but we rarely reflect on them.

The culture of medicare rests on its own concepts, such as a benign view of government and faith in experts. We assume a panel of smart people makes better decisions than individuals.  No one ever says this out loud, but it’s clear from observing behaviours.

We must start talking about the concepts that underlie the culture of medicare. Culture shapes the coordination of patient care, for example, whether we have 2.5 hospital beds per 1000 people or 4.7, as we find in the rest of the OECD. But if we debate at the level of coordination and specific therapies, while ignoring the culture and concepts, we will just be moving around a bit of programming here and an aliquot of funding there, without ever addressing the fundamental flaws of the system.

As the pandemic wanes, we can expect a flood of attention on health care – on how to pay for the backlog of unmet needs, for instance. We might also see renewed discussion about the welfare state and whether we can afford all the entitlements to which we have become accustomed.

Those of us involved in health policy have called for urgent attention to the crisis in health care for several decades. We have predicted duress from wait times, aging, technological advances, and provider burnout. COVID-19 proved that Canadian medicare cannot respond to any increased demand without the threat of collapse. Let’s not allow this lesson to go to waste.

Dr. Shawn Whatley is a physician and a Munk senior fellow at the Macdonald-Laurier Institute. He’s the author of When Politics Comes Before Patients: Why and How Canadian Medicare is Failing.