What if COVID doesn’t end? Philip Cross in the Financial Post 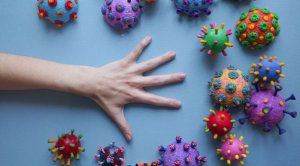 If a mutating virus circulates for an extended period, Canada will have to fundamentally rethink its approach to managing the economy, writes Philip Cross in the Financial Post. Below is an excerpt from the article, which can be read in full here.

Canada’s public policy response to the pandemic is now largely premised on the assumption that it comes to a definitive and relatively speedy end. Some have even suggested the end of the crisis will be like the euphoric celebrations marking victory in the Second World War, as we all pour into the streets to re-establish our social ties and return to economic normalcy.

So it is more than a little disconcerting to see various virus mutations arrive from the United Kingdom, South Africa and Brazil. Concerns are already being raised about how effective existing vaccines will be against these mutations, over and above Canada’s obvious lag in administering vaccines in the first place.

These concerns were amplified by an interview last week with Moderna’s CEO Stephane Bancel, one of  two pharmaceutical companies producing a vaccine that has actually been injected into the arms of Canadians. Bancel described the most likely outcome of the coronavirus as being an endless cat-and-mouse game, with the virus constantly mutating to stay alive and pharmaceutical companies continually adjusting their vaccines to catch up. This would make COVID much like the flu, where annual inoculations are needed and cases fluctuate with the seasons.

The implications are sobering for the economy. Though economists have disagreed on when immunity from the virus would be achieved, they have been more or less unanimous in the belief that it would trigger a return to rapid growth, especially in industries that cannot easily adapt to social distancing, such as restaurants, hotels, airlines and office building services. The most optimistic even hold out the possibility of a prolonged boom like the Roaring Twenties, when a burst of dynamism followed the triple shocks of the First World War, the Spanish influenza and the 1920-1921 depression.