COVID-19 and the future of Canadian universities: Ken Coates in the Hill Times 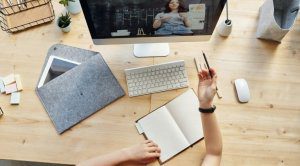 The path forward for Canada’s universities is troubling, complex, and uncertain, writes Ken Coates in the Hill Times.

COVID-19 sparked a global crisis in post-secondary education that has remained seriously under-appreciated.

In the United States, tuition-dependent private colleges are in dire financial straits; several recently closed permanently, and more mergers and bankruptcies seem sure to follow. The decline in international enrolments has caused enormous financial damage in Australia, with widespread layoffs and serious budget crises.

With the wholesale shift to online learning for the fall – and likely for the whole 2020-21 academic year – institutions are left guessing about the number of students who will show up and survive in online learning environments. At the same time, the sharp downturn in the global economy has harmed employment prospects for graduates, calling into question the utility of the years of study and the expenditure of thousands of dollars on what was supposed to be a career-launching exercise.

Canadian universities have struggled quietly with the transitions and challenges.

The University of Alberta, already facing major cutbacks in provincial support, has been the most public in that regard. Most universities are working calmly through endless online meetings while guessing about the likely financial and educational fallout. Incoming students must weigh their options: a difficult transition to an online first-year experience, joining the uncertainties of a damaged workforce, or taking a gap year at a time when travel and casual employment are extremely difficult.

Some Canadian institutions, most notably polytechnics and colleges, have been upfront about their financial challenges. Mohawk College, for one, has been explicit in describing the major changes it must make. Universities prefer, it seems, the drip-drip method of dispensing bad news: episodic staff layoffs, cutbacks in sessional contract teaching, and bits of information about enrollment and declining international student registrations.

The provincial governments are at least standing beside the institutions. Student pushback has, so far, been minimal, restricted largely to frustration with paying full tuition fees for only a limited post-secondary experience, although this will likely escalate when online classes begin and bills come due.

Overseas, the stakes are much higher. In Australia, the government has capitalized on the turmoil to propose sweeping changes in enrolment, with sky-rocketing tuition fees for low-employment fields like humanities, and reduced rates for high-demand areas, including engineering. The UK has not discouraged discussion of the possible closure of some institutions. US President Donald Trump is trying to force universities to operate in person, portending a high-risk fall semester that could spark a surge in infections, although most campuses are backtracking from announced re-openings.

Canadians would do well to pay close attention to the challenges facing the universities. The system faces unprecedented threats; the lack of focused discussion masks the severity of the crisis. Thousands of students will likely choose not to attend university this year. Colleges and polytechnics will likely face less disruption, due to their emphasis on practicality and career preparation.

Perhaps more worrisome is how these challenges will emphasize the shortcomings of the existing university system.  The emphasis of some faculty on identity politics and non-professional programs seem out of step with post-COVID realities. Pragmatism will become an even higher priority for young people and their parents. Students academically on the cusp will likely be most affected. Declines in enrolment will result in major financial challenges for most institutions. And the drop in international student enrolments could well be permanent, undermining a vital part of institutional business plans.

Spare some thought, too, for the towns and businesses that depend on universities. Smaller centres will be severely affected. Restaurants, pubs, hotels, and other services face potential closure, and the waves of dislocation will only spread.

Universities are core parts of our society and economy. Even with their shortcomings, they are vital to a country’s economic and social development. Canadian universities have relatively small endowments and few resources – other than governments – to rely on in times of crisis. Institutional closures and mergers could, by this time next year, be on the table. Alternative pathways into the workforce will become more attractive.

The path forward for Canada’s universities is troubling, complex, and uncertain. But in a world where hundreds of thousands of jobs have been lost, entire sectors like tourism thrown into disarray, and with a quarter or more of all small businesses at risk of closure, universities cannot expect to come through the pandemic unscathed.

To date, most of the changes have been comparatively minor. The next few weeks, however, are likely to be critical to the future of Canada’s globally competitive university sector. If the students show up in large numbers and if they adapt well to the online environment, the damage might be minimal. If, however, enrolment plunges and if students turn away from online learning, this could be a long and cold winter.