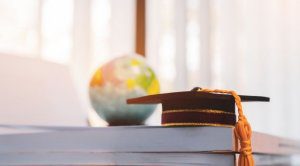 Laurentian University has gone into creditor protection, a first in Ontario history, but the pandemic is not all to blame, writes Jack Mintz in the Financial Post. Below is an excerpt from the article, which can be read in full here.

The COVID recession is having all sorts of effects on the economy, now even putting a university into creditor protection — the first in Ontario’s history. Sudbury’s Laurentian University announced Feb. 1 it was running out of cash to cover its payroll. The university will still offer programs to its students, but a financial plan will have to be put in place to satisfy creditors. Otherwise, it will go into receivership.

Not surprisingly, the faculty union came out swinging, criticizing Laurentian for a lack of fiscal transparency and the Ontario government for not bailing it out. A provincial rescue might make some sense if COVID lockdowns were the only culprit causing financial stress. But bailouts reward poor decision-making and can lead to further problems down the road. Which means any bailout should be conditional on major institutional reform. That might well involve expenditure cuts, but innovative revenue-generating programs that meet the market’s needs are also a possibility — an attractive one to governments that, short of cash given the pile-up of pandemic deficits, won’t want to throw around money without good results.

Laurentian has a budget of $200 million serving about 7,000 full-time and 2,000 part-time students — an annual cost of roughly $25,000 per full-time student. In the past few decades, it expanded from its focused regional role into a comprehensive university with a Barrie satellite campus and costly programs like architecture. It is one of the lowest-ranked universities in Canada with a graduation rate of only 72 per cent in 2019. (Maclean’s places it 45th out of the 49 universities it ranks).

Laurentian has been running structural deficits for several years due to high labour compensation, recent enrolment losses and debt-financed construction. For its fiscal year ending last April 30, it attributed $5 million in losses to tuition fee credit risk, a loss in ancillary fees, investment losses and a reduction in its credit line. Its vacation and employee benefit deficits doubled from 2018-19 to 2019-20 to $21 million. Its financial difficulties have already led to unpaid vacation days and suspended enrolment in 17 programs this year, including architecture.