COVID's lessons for innovation: Philip Cross in the Financial Post 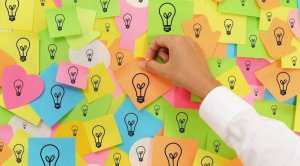 Instead of congratulating ourselves on our greater obedience, we should be asking how Canada can better embrace attitudes that foster innovation in the long term, writes Philip Cross in the Financial Post. Below is an excerpt from the article, which can be read in full here.

Economists have long understood the importance of innovation to economic growth. The Nobel-winning growth theorist Edmund Phelps estimates that innovation contributes over half of long-term economic growth. If there is a bright side to this pandemic, it is the vivid demonstration of the importance of innovation, entrepreneurship, and experimentation in terms the average person can understand.

The most obvious instance was the record speed with which the U.S. and the U.K. developed and distributed vaccines. Although Canadians showed greater discipline in obeying public health restrictions, the rebelliousness of Americans reflects a culture that is more encouraging and open to innovation.

Vaccines are just the most recent example of the superior culture for innovation in the U.S. Every country in the world looks with envy at the U.S. track record of technological innovation, symbolized by companies such as Google, Apple, Facebook and Netflix, but so far all have failed to duplicate it. In his new book Dynamism: The Values that Drive Innovation, Job Satisfaction, and Economic Growth, which he has edited with three other economists, Phelps argues that innovation is rooted in cultural values such as “trust, the willingness to take the initiative, the desire to achieve on the job, teaching children to be independent, and the acceptance of competition.” Not surprisingly, he found that “the country with the values most conducive to innovation is the U.S.”

By comparison, Canada’s fares poorly in terms of the values that drive innovation, especially its acceptance of competition and teaching children to be independent (Canada was tied with Japan in emphasizing obedience for its children, while the U.S. was near the bottom). Last spring Quebec’s deputy premier famously congratulated Quebecers for there “docility” and “obedience” to the decrees of political leaders. One result, as noted in a recent story in the Montreal Gazette, was that a Google location-tracking survey of smartphones found Quebecers were “the best-behaved stay-at-homers on the continent.” Such qualities are admirable in your dog but do not form the basis of an entrepreneurial culture.