The crisis with Iran shows why the world needs Canada’s energy: J. Berkshire Miller and Irfan Yar in the National Post 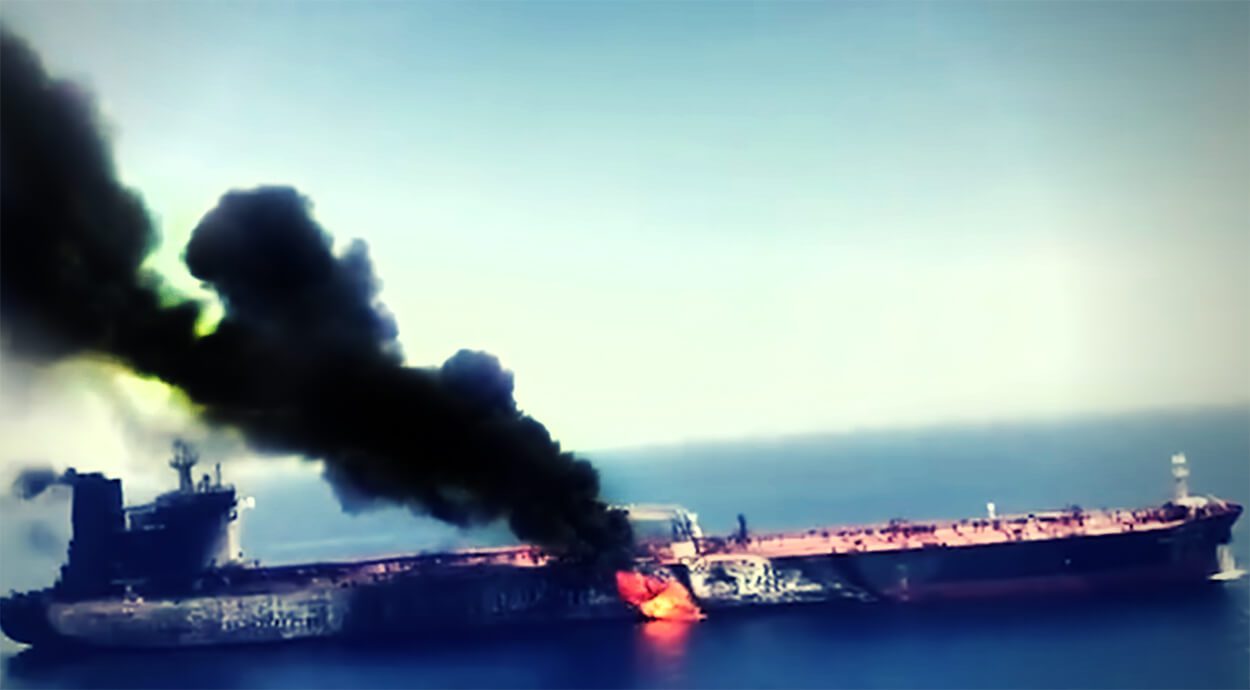 Current tensions in the Middle East highlight once again the appeal of our energy supply as a reliable alternative for states in the Indo-Pacific, write Irfan Yar and J. Berkshire Miller.

With the downing of a U.S. drone, the deployment of U.S. forces to the Middle East, and new sanctions on Iran’s supreme leader, tensions have escalated since the attacks on two oil tankers in the Gulf of Oman earlier this month.

The incident, which coincided with a historic visit from Japan’s Prime Minister Shinzo Abe to Iran, has once again unnerved countries in the Indo-Pacific that are highly dependent on the Gulf for their energy supply. Every day around one-third of the world’s crude oil flows through the Strait of Hormuz, a strategically important passage that connects the Persian Gulf with the Gulf of Oman. Ensuring open sea lines of communication and the freedom of navigation of vessels — both commercial and naval — is especially critical for states in the Indo-Pacific region. Disruption of this vital supply line would wreak havoc on many major Asian economies.

Many of Canada’s key trading partners in the region, such as China, Japan and South Korea, import most of their crude oil from the Middle East, much of it traversing through Hormuz. Japan, for example, imports more than 80 per cent of its crude oil and 25 per cent of its liquified natural gas from countries in the Gulf, such as Saudi Arabia, Qatar and the United Arab Emirates. Magnifying Tokyo’s exposure is a lack of indigenous energy resources and largely idle nuclear energy program — sidelined since the devastating nuclear crisis in Fukushima in 2011. Other large economies such as South Korea and Taiwan also depend on this fragile energy supply.

Of course, Canada has a large stake in a secure and stable Middle East. But the current tensions highlight once again the appeal of our energy supply as a reliable alternative for states in the Indo-Pacific. Canada is the fourth biggest producer of oil and natural gas in the world, but our exports almost entirely — at 99 per cent — go to the United States. Conversely, Canadian energy exports to Asia — where 60 per cent of global economic growth is occurring — are insignificant. The area of most growth in our trade with Asia — in terms of volume — is the export of coal.

Amidst this geostrategic tension in the Middle East and Canada’s own stated intention to enhance its engagement with the Indo-Pacific, Ottawa should assertively pursue stronger energy relationships with like-minded partners. Japan, the world’s third-largest economy and Canada’s fourth-largest export market, has always shown a keen interest in Canada’s energy. Recently, the Mitsubishi Corporation committed to a 15-per-cent stake in LNG Canada, a $40-billion liquefied natural gas project in Canada. Such foreign direct investment (FDI) inflows will help Canada not only expand its capital-intensive energy infrastructure but also create more jobs for Canadians.

Key to this push will be the Trans Mountain pipeline expansion. Last week, Ottawa approved the $7.4-billion pipeline expansion for a second time. The project, which still faces resistance from some domestic stakeholders including the provincial government in British Columbia, has the potential to be a key platform for our energy relationship with states in the Indo-Pacific region for years to come. By developing our energy infrastructure, such as the Trans Mountain expansion, pipelines will finally be able help move energy to the West Coast for exporting it to lucrative Asian markets.

It is certainly unfortunate that the debate in Canada has so far ignored our allies’ desperate need for Canadian energy. Simply put, now is the time — amidst growing uncertainty once again in the Middle East — for Canada to show that it can be a reliable alternative for our Indo-Pacific partners. The region is looking to diversify, and Canada should not hesitate to fill this space.