The dark and sombre shadows of the Atlantic fishery conflict: Ken Coates in the Hill Times 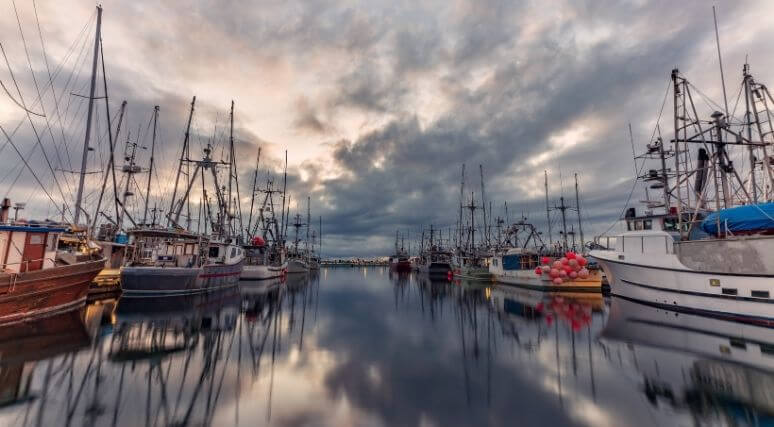 This conflict has quickly become about much more than a treaty dispute and is now an example of how improving Indigenous legal rights exposes underlying hostility toward First Nations, writes Ken Coates.

There is real sadness in the anger and violence erupting on the East Coast. This kind of conflict is not the norm in Canada, particularly when racially loaded comments, threats, and violence are included. The Government of Canada faces a difficult situation out of which must emerge a balance, with an effort to define and extend Indigenous and treaty rights on one side of the scale, and conservation and the need to regulate fisheries on the other.

In the last 20 years following initial conflicts over the expanded Indigenous commercial fishing rights, the results of the Supreme Court decision in the 1999 Donald Marshall case have proven the benefits of the commercialization of Indigenous rights. First Nations involvement in local fishing industries expanded rapidly, supported by the active engagement of the Department of Fisheries and Oceans, as well as the generally supportive relationships with the non-Indigenous fishers and communities in the region.

The current situation demands attention be drawn to the meaning of the “moderate livelihood” provision in the Marshall Decision and the reality that the growing First Nations population is demanding a greater share of the regional fishery. Overlooked in the current debate is that the peace treaties of the 18th century sought coexistence between Indigenous peoples and newcomers, a promise that was made and subsequently neglected for over 200 years thereafter. The Marshall decision set right, at least in part, a generations-old injustice.

Now the previous peace has broken out into conflict. Condemnation of violence by Members of Parliament, Indigenous, and community leaders is what is needed. Destruction of property and threats against individuals have no place in an important debate about Maritime treaties and Indigenous rights. The start of the commercial lobster seasons in November may help simmer down the worst of the aggression, but verbal assaults and toxic, racist sentiments have a way of hanging in the air for a long time.

This is not a question of personal friendships and dockside politeness, important as those are. First Nations fishers are dependent on local suppliers for the bait, gear, equipment and services that they need for their fishing activities. These commercial collaborations which have developed constructively over the last two decades are now threatened by the recent conflict.

The current conflicts also ignore the reality that it is international market forces and not regional fishers that dictate the price and demand for lobster. The pandemic has been extremely difficult for restaurants around the world, the primary market for Atlantic products. Lobster prices hit record lows in Summer 2020 before rebounding, signalling market instability. Fishers are understandably on edge this fall as anxiety rises across the industry.

But it is important to understand the significance of the clouds now swirling around the Maritime fishery and the Maritimes as a whole.

It is essential that the fishery be regulated in an orderly, dependable manner that is respectful of the rights of all appropriate participants, supports a viable industry, and manages common resources in a safe and sustainable manner. All inappropriate fishing by non-Indigenous and Indigenous peoples alike has to be controlled. The Atlantic region needs, first and foremost, an orderly and regulated fishery.

We must also recognize the societal transformations that are underway across Atlantic Canada and the Gaspe. Over the past 20 years, First Nations and non-Indigenous fishers initially achieved a rapprochement and, later, courteous and mutually beneficial relationships. The eruption of tensions on the wharves has soured interactions and left scars that may prove difficult to heal.

Avoiding conflict and re-establishing peace will require careful management of the inevitable trade-offs. At present, both sides are entrenched in their respective positions. But we all must consider both the short and long-term implications of the current tensions. Commercial fishers need reassurance that the fishery will be carefully and properly managed. First Nations need to know that their rights and property will be protected.

We must also remember that the present conflict did not have to happen. Ottawa knew of the First Nations’ dissatisfaction with the “moderate livelihood” provisions, the need for greater commercial space for the growing Indigenous population, and more First Nations participation in fisheries management.

The federal government has only now begun to act and is as a result too late to staunch the anger. Now they have indicated a willingness to negotiate a moderate livelihood fishery outside the standard season, with compensation for affected non-Indigenous fishers, an idea proposed by the Mi’kmaw. The government also appointed well-regarded Alister Surette, the Acadian president of the Université Sainte-Anne, as federal interlocutor. This approach does not have broad consensus as yet, but is a decent start.

The tensions experienced on the wharves in Nova Scotia have the potential to spread to communities throughout the region and across the country. First Nations across Canada are likely to show their solidarity with Indigenous communities defending and seeking to clarify their treaty rights. This conflict has quickly become about much more than a treaty dispute and is now an example of how improving Indigenous legal rights exposes underlying hostility toward First Nations.

The whole episode has been a sad reminder of the deep patterns of discrimination in the country and the price that Indigenous people pay when they attempt to define their rights.