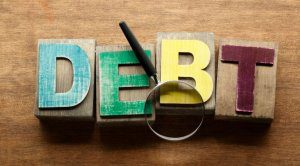 Large primary deficits in the next several years and rising interest rates will destroy the fiscal firepower we would need should another recession come our way, writes Jack Mintz in the Financial Post. Below is an excerpt from the article, which can be read in full here.

Governments throughout the world seem to believe the following truism: Low interest rates will let them run up debt with little consequence for many years to come. Why? As the argument goes, debt costs are manageable so long as — after the initial COVID slowdown has passed — the economy grows more quickly than the debt.

Public debt as a share of GDP is an important indicator to investors as to whether a government will be able to cover its debt obligations without a financial crisis and currency devaluation. The ability to roll over public debt and pay interest charges depends on investor confidence in a government’s capacity to raise revenues. This is why rate agencies typically focus on debt as a share of GDP to measure the “debt burden.”

The debt-to-GDP ratio can spiral, however, for two reasons: prolonged periods of what economists call “primary deficits” and interest rates in excess of GDP growth rates. Let me explain each in turn.

A primary deficit occurs when public revenues don’t cover the government’s non-interest expenditures. Right now, the federal government is running an eye-popping primary deficit. It expects its spending, excluding debt charges and net employee accrued losses, to be $621 billion in fiscal year 2020-21. On the other hand, its revenues will be only $275 billion, which means the federal primary deficit is $346 billion or 16 per cent of GDP.

Ottawa last ran primary deficits in the Trudeau/Mulroney decade of 1975-1986. But they were puny by comparison, averaging just two per cent of GDP each year. Even so, with the high inflation and interest rates of those years, accumulative primary deficits eventually led to Canada’s almost going to the IMF for a bailout in 1994.