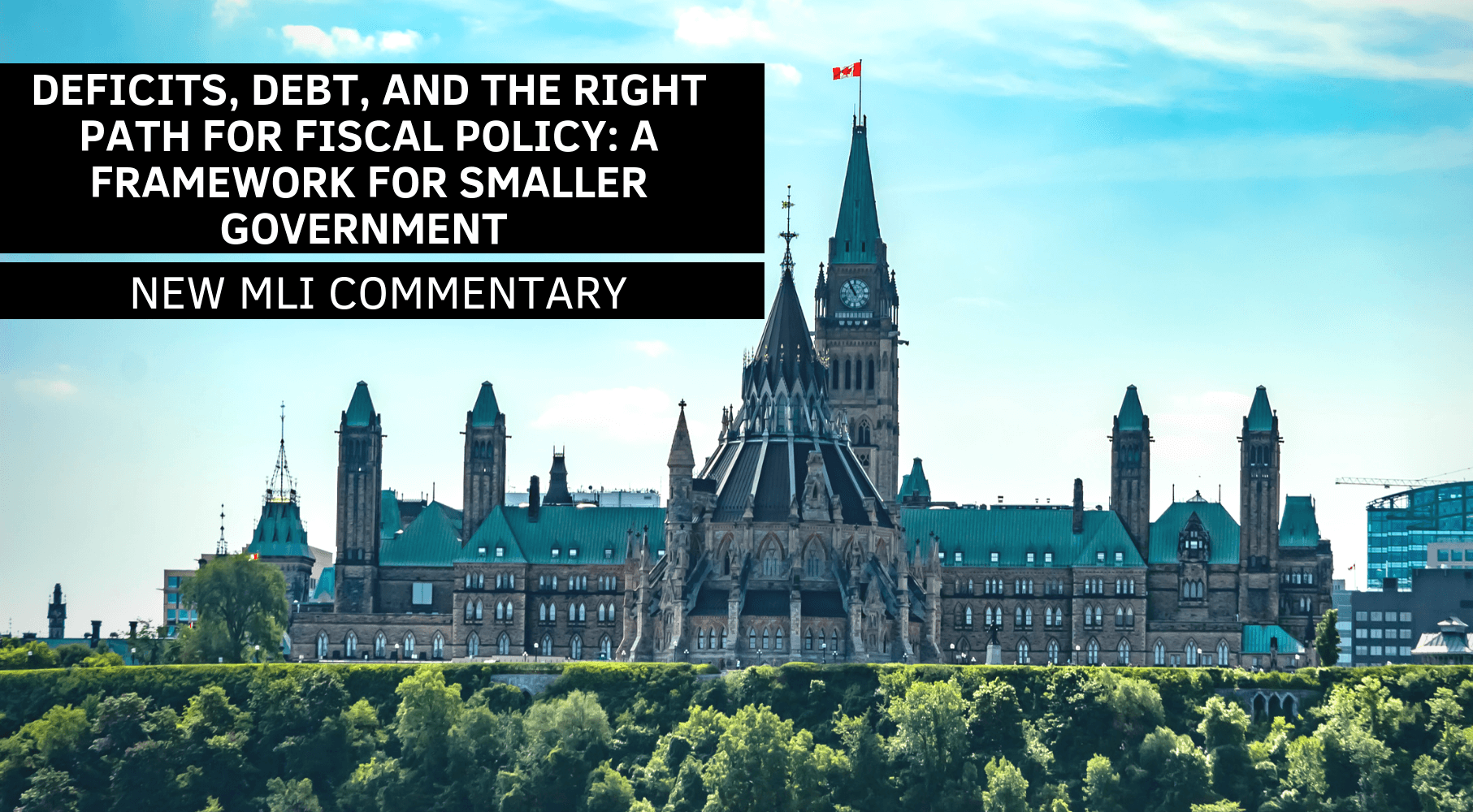 OTTAWA, ON (February 14, 2019):  A recent series of speeches, articles, and debates is provoking big questions about deficits and debt. Do they matter? Should we care? Has the past political emphasis on balancing the budget been misguided?

A new commentary paper by MLI Munk Senior Fellow Sean Speer titled Deficits, Debt, and the Right Path for Fiscal Policy: A Framework for Smaller Government aims to answer these questions as we approach the upcoming federal budget.

The commentary contends that those voices who dismiss deficits and debt neglect real risks – including the cost of interest payments on the debt, the potential effects of long-term fiscal challenges such as aging demographics, and the political tendency for small, short-term deficits to evolve into large, long-term deficits.

But while deficit defenders may understate these risks, deficit critics can become overly fixated on deficits and debt and neglect the real problem which is profligate spending and big government.

“[P]roponents of smaller government can lack the self-confidence to advance their real argument,” notes Speer. “Criticizing an ongoing deficit or rising debt is easier and safer than arguing for a reduction in the size and scope of government.”

Speer thus argues that we need a more “textured” fiscal debate about the right size and scope of government and an evidence-based plan to make judgements about what government spending is justified, what spending should be reformed, and what spending ought to be eliminated.

The commentary presents a framework to evaluate government spending that revolves around a few key principles and approaches:

“The goal here is to help arm those who criticize budgetary deficits as a proxy for costly and ineffective public spending with the tools to better target their attention and focus,” explains Speer, arguing that such work can “in turn make progress on reducing the size and scope of government.”

To learn more about why the government may be too large and why the debates around debts and deficits may be missing the point, check out Sean Speer’s latest commentary.