Democracies must invest in the future of technology before it’s too late: Deanna Horton and Jonathan Berkshire Miller in the Vancouver Sun 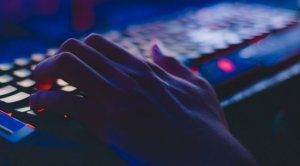 It is time for Canada to use its convening power to gather the like-minded and create a fund to promote the technologies that will advance liberal democracies, write Deanna Horton and Jonathan Berkshire Miller in the Vancouver Sun.

The spread of the COVID-19 pandemic over the past year has challenged the resilience of liberal democratic societies and shone a light on their deficiencies to grapple with a range of issues. Watching the painful decline of democratic freedoms and social media replacing professional journalists and parliamentarians, governments and democracy advocates find themselves uncertain about how to fight back in defence of treasured political traditions and processes.If we agree that the post-pandemic era presents an opportunity to bolster liberal democracies, it is time for Canada to use its convening power to gather the like-minded and create a fund to promote the technologies that will advance liberal democracies.This liberal democracy technology investment fund would make investments in technologies with global applications that harness the innovative thinking that flourishes in free societies to create solutions for all.

To meet today’s challenges, the world needs investments in improved environmental technologies with applications in the global south. Major investments in technologies are needed to enhance cybersecurity to protect civil society and private citizens and to offset state-driven digital intrusions and the intense spread of “surveillance capitalism.”

The world needs superior broadband infrastructure, reaching into rural and remote regions, to allow for increased access to online learning and e-commerce for small artisans and producers. Easily accessible apps that protect privacy are required. Improved tele-medicine could lead to greater knowledge and better health outcomes. Technologies that support arts, culture and education, that support youth and disadvantaged minorities, have to be developed and distributed widely.

There is a compelling list, and indeed this will be a long game, but one that is winnable with the critical thinking and openness to new ideas that characterize the students, graduates, and tech entrepreneurs that represent the bedrock of liberal democratic societies.

Liberal democracies are struggling, and multinational institutions are being challenged by revisionist state powers intent on weakening their intended purpose to serve international public good. Many of these institutions, such as the World Trade Organization, are also threatened by isolationism and protectionism from liberal democracies (in addition to the challenges from authoritarian state actors).

Moreover, authoritarian regimes in China and Russia, for example, have placed an extraordinarily large number of barriers in this domain. Both countries, along with others, have throttled the control of digital data and have passed draconian laws aimed at ensuring that control over data transiting their networks remains almost entirely in the hands of their domestic security and intelligence authorities. This allows states with authoritarian controls to be able to exploit a lack of global consensus on technology investment and issues such as data governance to serve their own national interests. Walling themselves off and controlling technology serves two purposes: providing a protectionist advantage to domestic firms, and maintaining a firm control on data and technology for national security purposes.

It is vital that advocates of democracy and opponents of digitally enabled political anarchy should reflect upon the inherent advantages of our democracies and fight for them. As noted recently in The Economist, “Coalitions of like-minded countries have proliferated” — what can be called “minilateralism.” Canada can continue to support multilateral institutions, like the United Nations, and create a minilateral effort to bolster liberal democracies and their people worldwide. These vehicles for engagement are not mutually exclusive.

Canada is a member of several multilateral clubs, such as the G7, G20 and the OECD. Taking the perspective of an innovative entrepreneur, Canada could use its networking ability and democratic reputation to assemble representatives from each club to form this umbrella group investment fund, with the goal of supporting the emergence of a technologically enhanced world that supports equality and democracy.

As a middle player, Canada has a track record for building coalitions. The G7 was founded to mobilize like-minded countries in support of shared interests. Within the G7, Canada could push for a democracy requirement for G7 membership and leave Russia and China for the G20, which pursues a more explicitly economic agenda.

Apart from our G7 colleagues, Canada could seek out other potential members such as Australia, India, Mexico, South Korea and Taiwan. Similarly, New Zealand and Singapore from the Commonwealth; Switzerland from la Francophonie could be meaningful allies. The Nordic nations should be included, based on their shared values as well as their strategic European location.

This exclusive members-only club of liberal democracies should espouse the values inherent in this proposed investment fund: a liberal democratic society that aspires to equality and justice for all built upon an innovative market economy.

Canada has numerous technology innovators, reinforced by a strong research environment in artificial intelligence, quantum computing, biotechnology, and beyond. The digital economy is inherently global in nature. Its innovators are connected around the world. Why not utilize these global connections to invest in the global application of these innovative technologies and then develop many more?

Liberal Democracy Technology Investment Fund investors will focus on innovation, with an impact investment lens that embraces the pursuit of equality and social justice. The fund would partner with, and invite proposals from, private foundations, NGOs, and corporations with appropriate knowledge and expertise. Finally, the fund would seek out globally applicable technologies, help scale them up and build a virtuous cycle of commercial success, democratic impact and the steady promotion of equality for all.

By gathering like-minded countries in pursuit of shared values, Canada would act as the driving force behind an innovation fund that could propel the global renaissance of liberal democracy.