Don’t fear “strategic ambiguity” over Taiwan, but make it adaptive: J. Michael Cole for Inside Policy 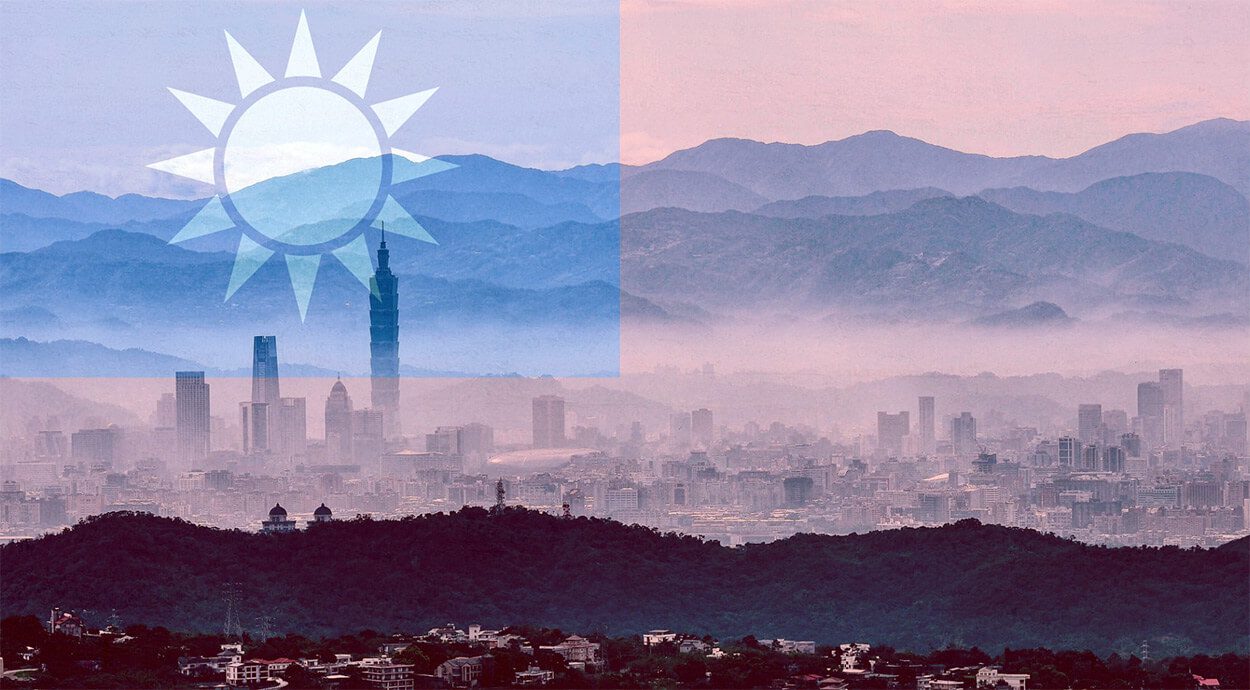 Biden can't go back to China policy as it was pre-Trump, writes J. Michael Cole. Xi has changed the game, and the US needs to maintain "ambiguity" while constantly adapting to avoid war in the Taiwan Strait.

A number of American security analysts in recent months have argued that the United States’ longstanding use of “strategic ambiguity” in the Taiwan Strait has outlived its utility. In widely reported remarks, for example, retired US Adm. James Stavridis posited that “the longstanding US policy of ‘strategic ambiguity,’ supporting Taiwan militarily without a formal commitment to defending it, is dangerously fuzzy. It could lead to a miscalculation by the Chinese (or the Taiwanese) and set off a larger conflict.”

Responding to calls for more strategic clarity, Kurt Campbell, President Biden’s policy coordinator for the Indo-Pacific, countered that there are “significant downsides” to such a departure, adding that some degree of “status quo” was in the best interest of the countries involved.

At the heart of the US policy of “strategic ambiguity” is its “one China” policy, which is inherently vague on Washington’s official position vis-à-vis Taiwan. This, in turn, is accompanied by the Taiwan Relations Act (TRA), which came into force following the establishment of official diplomatic relations between the US and the People’s Republic of China. By design, the TRA, along with the Six Assurances that came afterwards, are committed to ensuring the protection of Taiwan’s way of life and self-defence without specifically commenting on Taiwan’s legal status.

Since 1979, relations between the US and Taiwan have officially been unofficial, with a substantial amount of flexibility as to the nature of bilateral ties and what is permissible within the scope of that relationship. That flexibility has, in turn, allowed for some adaptation in the face of the changing situation in the Taiwan Strait, amid China’s rapid economic rise and development of a formidable military force – one capable of challenging not only Taiwan but, increasingly, the latter’s security guarantor as well.

Resistance to shifting from “strategic ambiguity” to “strategic clarity” is the result of a number of factors, among them institutional reluctance to depart from policies that people have become comfortable with and a still-unresolved debate on whether the US should risk war with nuclear-armed China over Taiwan. One side of the argument fears that under current circumstances, “ambiguity” could invite Chinese miscalculation should Beijing conclude that the US will not intervene. The other, meanwhile, argues that “clarity” and “red lines” risk provoking China and could force Washington into a corner by obligating it to respond once its “red lines” have been crossed (or engender a tremendous reputational loss should it fail to take action).

Much less debatable is the fact that the US, along with its security partners in Asia, cannot afford to let the “status quo” and their “one China” policy be an argument for inflexibility. The fact that there has not been a hot war between Taiwan and China, or between China and the US, since the start of official diplomatic relations does not mean that more of the same will guarantee such an outcome into the future. And yet, this is exactly what some analysts seem to argue.

Writing in the March/April issue of Foreign Affairs, Jessica T. Mathews cautioned that “Beijing, Taipei, and Washington (including some heedless members of the U.S. Congress) must recognize that the ‘one China’ policy is in imminent danger of unraveling after having kept the peace in an interrupted civil war for four decades.” Mathews then blames former president Trump and his secretary of state, Mike Pompeo, for upturning the balance of ambiguities by playing “a game of chicken, thus inviting massive and utterly unnecessary risks.”

There is plenty to disagree with here, above all the ahistorical notion that Beijing’s threat of war against the democracy of 23.5 million people is merely the continuation of an “interrupted civil war.” However, more relevant to the discussion here is Mathews’ contention that strict adherence to “one China” and “strategic ambiguity” – in other words, a return to the US policies in place before the Trump “aberration” – would ensure continued peace in the Taiwan Strait.

Mathews seems to argue that President Biden’s retention of elements of his predecessor’s policy of closer engagement with Taiwan would only further destabilize the relationship with China and increase the risks of war. What she fails to acknowledge, however, is the fact that “peace” (such as it was) prevailed in the Taiwan Strait over the past four decades because China did not have sufficient capabilities to alter the “status quo” by directly challenging Taiwan and the US. That is no longer the case. Moreover, that careful balance has been upended by the emergence of a leader in China who seems keen on matching capabilities with intent, or at minimum to flex China’s increasingly potent military muscles to force smaller neighbours into submission.

In other words, it wasn’t the supposedly unwise policies adopted by Trump, Pompeo and “heedless members of the U.S. Congress” that led to a more unstable ambiguity, but rather decisions made in Beijing that threatened the “status quo” in the Taiwan Strait. In the face of growing Chinese assertiveness – assertiveness that preceded Trump and Pompeo and was a direct consequence of Beijing realizing Taiwan had practically zero interest in “peaceful unification” with China – Taipei and Washington were left with two choices: capitulate and give Beijing free rein in defining the new rules of the game, or build upon the flexibility inherent to Washington’s “one China” policy, the TRA and Six Assurances, and adjust bilateral ties with Taipei accordingly.

The actions of the Trump administration, and those proposed so far by President Biden, do not violate the “one China” policy. Instead, they signal support to its ally and give Taiwan the confidence it needs to stand up to China. Moreover, such policies are also based on the recognition that Taiwan can make important contributions in the fields of democracy, rule of law, transparency, humanitarian assistance and development in the region. American institutions and partners around the world have collaborated with Taiwan on those issues, and there is every reason to believe the Biden administration, committed as it is to multilateralism, will continue to engage with Taiwan in those important areas.

None of this, again, violates Washington’s “one China” policy. To argue that it does is to echo Beijing’s propaganda.

It is unlikely the Biden administration will abandon “strategic ambiguity” and replace it with the kind of clarity advocated by people like Stavridis. And the case can be made that a break from this cornerstone of US policy toward the Taiwan Strait could, as Campbell argued, have “significant downsides.” US policy must therefore remain adaptive to emerging situations and changing dynamics while avoiding unnecessary provocations that could precipitate war against one of its allies. Washington and allied countries must perform a delicate and well calibrated balancing act, one that comes short of abandoning “strategic ambiguity” but explores the full extent of what is possible within its “one China” policy, and that remains alert to any changes in the “status quo” caused by Chinese behaviour. The best option in this far from ideal world, therefore, should be adaptive, rather than static, strategic ambiguity.

A return to the status quo ante, to what Mathews seems to be calling for, is impossible. That world no longer exists. And the agent most responsible for that change isn’t Trump, Pompeo, misguided members of US Congress or Taiwanese President Tsai Ing-wen. It is Beijing – Xi Jinping, more specifically, whose rhetoric and actions suggest that he, above all, is no longer satisfied with the kind of “peace” that has prevailed in the Taiwan Strait for the past four decades.

J. Michael Cole is a Taipei-based senior fellow with the Macdonald-Laurier Institute in Ottawa and the Global Taiwan Institute in Washington, DC, as well as Taiwan correspondent for Janes Defence Weekly. He is a former analyst with the Canadian Security Intelligence Service.