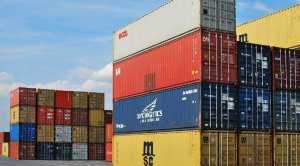 Better for Canada to agree with key allies to share resources during emergencies rather than create an ever-lengthening list of strategic materials and assets, writes Jack Mintz.

With this year’s Passover arriving in the midst of the COVID-19 crisis, my wife sent out a note to our kids’ families that this year’s Seders — the ritual services and ceremonial dinners for the holiday’s first two evenings — are cancelled due to a plague. The humour, of course, is a play on the Passover story of the 10 plagues that led to the Hebrews’ deliverance from Egypt thanks to “the mighty hand of the Lord.”

A pandemic is not the only mighty hand in play in our lives at the moment. So is Adam Smith’s “invisible hand,” which leads to the social and economic benefits arising from each person’s self-interested actions through market exchange. Under the current global “stay at home” orders, we see what happens when the invisible hand clenches, choking off the economy with job losses and business bankruptcies. If we are to maintain the wealth and resilience to ward off this and future pandemics, we will need the invisible hand.

Our current medically induced economic coma should be a reminder that Adam Smith’s concepts of trade and specialization in markets are powerful mechanisms leading to innovation, growth and a higher standard of living. This experience also teaches that attempts to be solely self-sufficient have significant costs. Recent proposals to make Canada self-sufficient in “essential materials and assets” could become a slippery slope to nationalistic protection for all sorts of industries, whether truly strategic or not.

Canada has always been a trading nation. Because of our weather, we simply can’t make many foodstuffs — like bananas and oranges — unless we build expensive greenhouses (which was once tried in now close-to-bankrupt Newfoundland and Labrador). So we import products and services that are cheaper to produce elsewhere. To pay for these imports, we export products we have a production advantage in, like energy and forest products. With countries trading products according to their specialized advantage, world incomes arise.

That lesson was forgotten during the Great Depression. Countries protected their industries with tariffs to block imports that they believed would lead to job losses. World trade shrank and so did national economies, as the invisible hand clenched and, inevitably, countries’ export markets dried up.

Tariffs aren’t the only protectionist measures available to governments. There are also subsidies, regulations and state control of companies. When the world accommodated China’s growth by allowing it into the World Trade Organization in 2001, that gave its large population greater access to North American and European markets. This liberalization was at the expense of other nations, however, because China used WTO developing-country exemptions, not only to make it difficult for foreign companies to participate in its rapidly growing market, but also to subsidize many of its industries in order to grab dominant market shares. The invisible hand did not work properly because of poorly devised WTO rules.

In the current pandemic, ill-prepared governments have found themselves short of key medical products, such as masks, protective gear, ICU beds, makeshift hospitals and ventilators, some of which would be imported from countries like China, Ireland and the United States. Canada, which exported masks to China early on, is angry with Donald Trump for trying to stop 3M from selling us masks, a perfect example of what can happen when nationalism undermines international trade and co-operation. In the worldwide race for solutions, however, we may in the end find ourselves obliged to some country, whether Germany, Israel or the United States, to find the testing technologies, therapeutic drugs or vaccines that will put an end to this scourge.

The best answer to our future medical shortages is not nationalistic self-sufficiency in essential materials and assets but better planning, risk management and preparation. Canadians have spent billions of dollars on strategic defence plans, armed forces, and a stockpile of arms to prepare ourselves against a conflict of the sort that — thankfully — has not occurred for almost three-quarters of a century. Our approach to pandemics should be the same. Governments should ensure they have medical capacity and emergency plans in place. As with defence, if there are critical goods whose production we cannot quickly ramp up in an emergency, we should build up stockpiles, whether domestically produced or imported, that we refresh periodically, because of obsolescence or — we all hope — lack of use.

Under self-sufficiency, by contrast, special interest groups will push for their favourite industry to be deemed a strategic asset. President Trump has defined manufacturing in general and aluminum and steel, in particular, as strategically important to U.S. national security. Don’t be surprised if we follow suit. In many quarters, our energy industry is already considered strategic. Soon agriculture and supply management may be deemed essential since foodstuffs have to be available during emergencies. Textiles, electricity, finance, communications and transportation may soon follow.

The list will go on. In the end, we will undermine the prosperity achieved by global trade and migration as countries hunker down to protect their industries. Far better for Canada to agree with key allies to share resources during emergencies rather than create an ever-lengthening list of strategic materials and assets.

Henry Kissinger argued Saturday in the Wall Street Journal that we should “safeguard the principles of a liberal world order,” not create walled countries. The modern state should provide fundamental needs such as security, justice and economic well-being. If we resort to a walled-city mentality, we give up the prosperity that comes with global trade and relatively free movement of people.

So, yes, we should insure against future health crises, not only to keep people from dying, but also to avoid what may be immense economic losses from lockdowns. But that can be done without the highly visible hand of government turning off trade flows. Seeking self-sufficiency would be the most expensive imaginable insurance policy against health risks.

Jack M. Mintz is an MLI Distinguished Fellow and President’s Fellow at the School of Public Policy, University of Calgary.