Dragon at the Door

Should Canadians be wary of closer relations with China? That issue has been hotly debated as Canada's government considers entering negotiations toward a free trade agreement with the Asian giant. But what does China want, and what are the risks of dealing with its authoritarian regime? To shed light on these issues, MLI is pleased to present The Dragon at the Door, a collection of critical essays by credible experts on the distressing realities of 21st century China. In doing so, we hope to offer readers an honest guide to the unflattering truths of a country whose reputation Canada's present leaders insist on shielding as they tighten bilateral ties. Dragon at the Door

The October 2017 issue of Inside Policy introduced our Dragon at the Door series. With an introductory article by Munk Senior Fellow Shuv Majumdar, this issue featured a range of articles by Commodore (Ret’d) Dr. Eric Lerhe, Harsh Pant, Duanjie Chen, and Charles Burton.

As Majumdar notes in his introductory essay, Canadians need to recognize that "China remains captive to a deeply regressive governing ideology." This series is meant to shed some light on the more troubling aspects of China’s rise under its leader Xi Jinping.

As part of our Dragon at the Door series, MLI has taken the lead of the national conversation on why Canada should block the Chinese telecommunications giant Huawei from our next-generation 5G mobile networks. 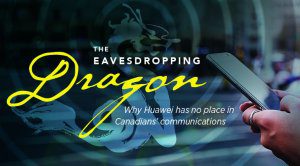 MLI contributors who have made this case include former National Security Advisor Richard Fadden, Munk Senior Fellows Shuvaloy Majumdar and Marcus Kolga, professor Charles Burton, and new authors like Ivy Li. A full list of articles can be found here.

There are plenty of reasons why intelligence professionals are alarmed by Huawei’s involvement in our 5G networks, particularly, the close relationship between Huawei and a Chinese government with a history of cyberespionage.

Our allies have got the message. New Zealand, Australia and the United States have already announced they will ban Huawei from participating in their next-generation mobile data networks. Taiwan, Japan and countries in Europe are also getting increasingly cold feet. Canada should be next. 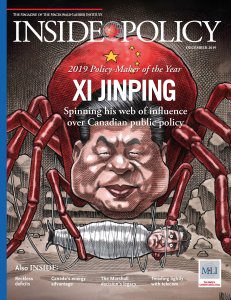 We were also pleased to highlight Xi Jinping's nefarious influence in Canada by naming him the policy-maker of the year in our December 2019 issue of Inside Policy.

This project has featured reports by Munk Senior Fellows Eric Lerhe, Duanjie Chen, and J. Michael Cole on a range of topics, including Canada's one-China policy, Chinese sharp power, prospects for a free trade agreement with China, Chinese economic coercion, and the dangers of allowing Huawei into our 5G networks.

As Canada's government moves toward free trade with China, many Canadians are raising concerns that the ambitions of the Chinese regime are contrary to Canada's interests. Robin Sears and Tony Keller debated this issue at MLI's Great Canadian Debates. Click here to watch the video.

We also hosted an event to discuss the security challenges of the proposed takeover of Aecon by a Chinese state-owned enterprise. This was attended by key stakeholders including diplomats, government bureaucrats and members of Parliament, and covered by CBC-TV, Postmedia and the Globe and Mail. We believe MLI played a key role in the government’s decision to block the deal. 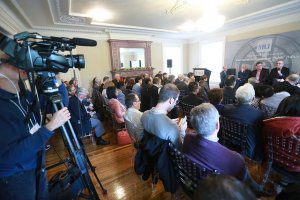 We have hosted a number of panel events on Indo-Pacific security, covering such topics as a "Free and Open Indo-Pacific," the future of energy security. the threat posed by Chinese influence operations, what we can learn from Taiwan in blunting such sharp power operations,  maritime security, alongside a national book launch for noted journalist Jonathan Manthorpe’s new book, Claws of the Panda: Beijing's Campaign of Influence and Intimidation in Canada. 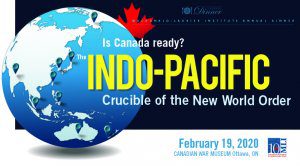 In 2020, we were also very pleased to devote our biggest forum, MLI's annual dinner, to a new national foreign policy discussion on Canada’s place in the rapidly evolving Indo-Pacific region. Our program featured the global voices that we feel Canada needs to be hearing more from, including BGen (Ret'd) Robert Spalding, former Senior Director for Strategy to the President at the National Security Council, former Canadian Ambassador David Mulroney, former Japanese Vice Minister of Defense Hideshi Tokuchi, Dhruva Jaishankar of the Observer Research Foundation, and Mercedes Stephenson of Global News. Guests and participants included members of the diplomatic community, business leaders, politicians and policy-makers, media, prominent thinkers and more. 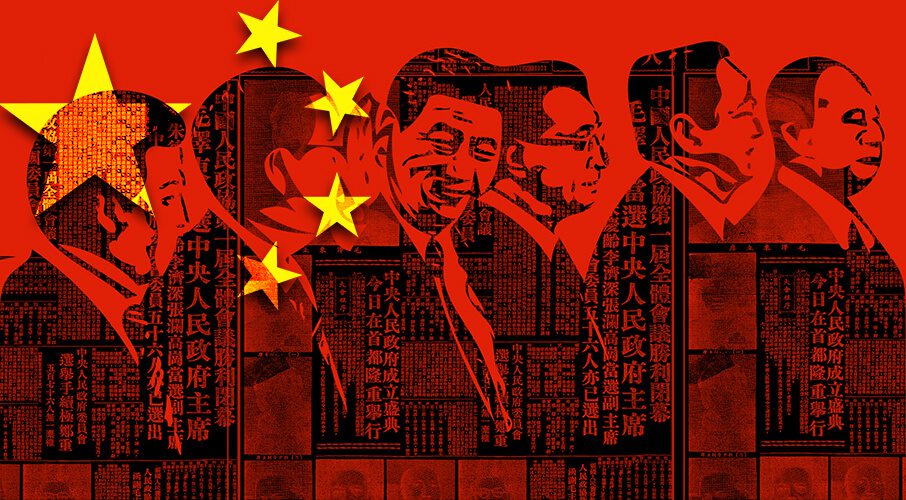 We thought China could become more democratic. Instead, it is becoming totalitarian: Margaret McCuaig-Johnston in the Ottawa Citizen 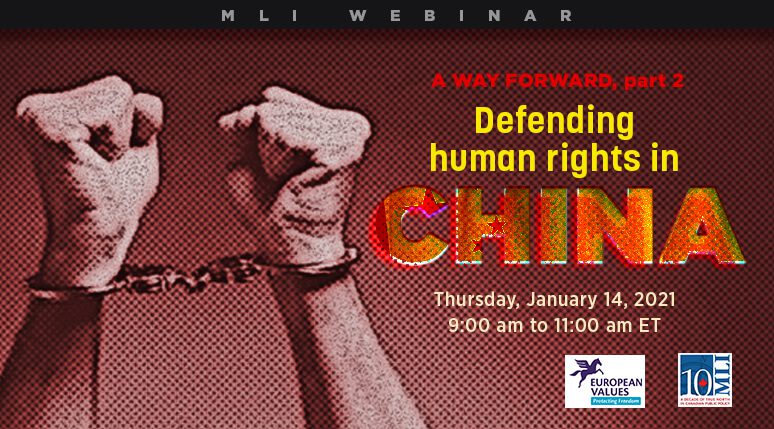 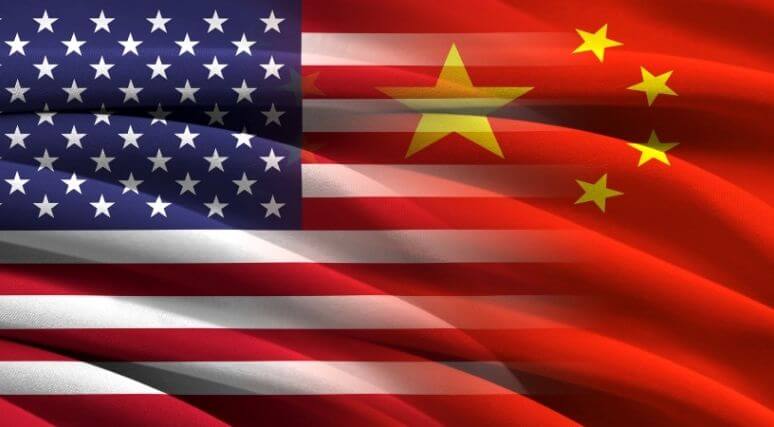 From Xi with love - A New Year greeting to the new POTUS: Samir Saran in the ORF 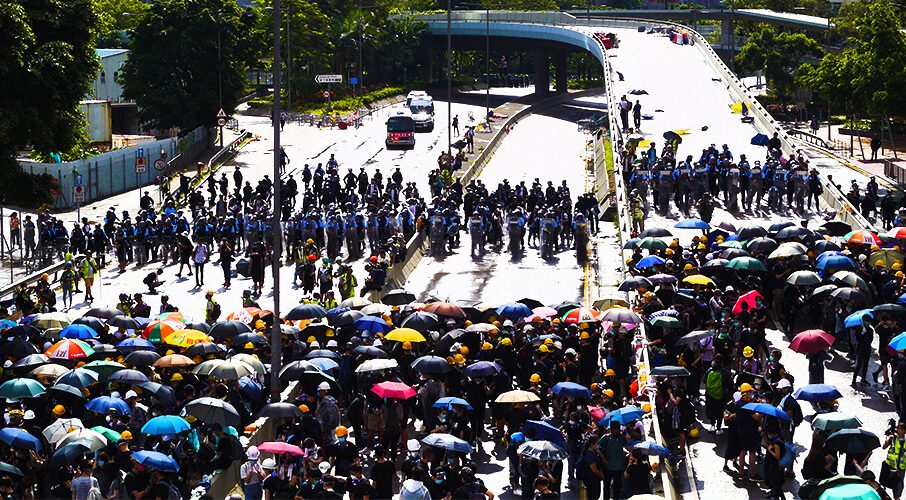 The world must do more to fight China’s crackdown in Hong Kong: Nathan Law in the Washington Post 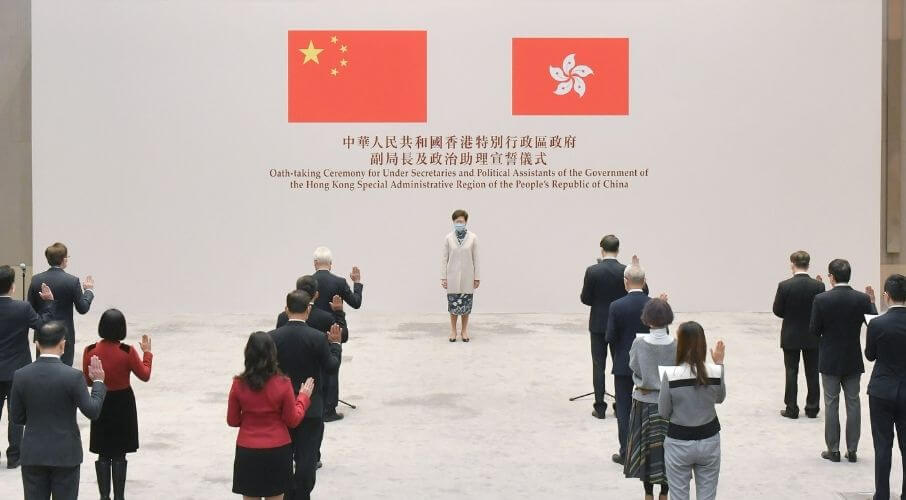 The 'Hong Kong canary' is dead: J. Michael Cole in the Globe and Mail