Drug prices can go too low: Richard C. Owens in the Financial Post 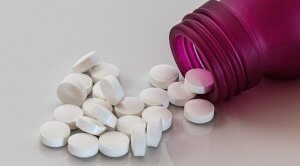 By determinedly reducing revenues Canada not only ensures the unavailability of existing medications, it sees to it that far fewer new ones will be discovered and commercialized, writes Richard C. Owens in the Financial Post. Below is an excerpt of the article, which can be read in full here.

Drug pricing is in the running for most unnecessarily difficult policy issue of 2020.

In Canada, a 1987 compromise in connection with strengthening intellectual property protection for pharmaceuticals led drug prices to be controlled by the Patented Medicine Prices Review Board. The PMPRB consistently and substantially depresses drug prices in accordance with guidelines implemented under the Patent Act.

With a possible (and unnecessary) federal pharmacare program in the offing, the federal government thought it would sneak in still more egregious, self-serving drug price reductions through the PMPRB. It first introduced regulations to that effect in 2018. Through a complicated set of provisions, these regulations would have produced further severe reductions in drug prices and wreaked havoc with both the pharmaceutical industry and medical care in Canada.

A deluge of objections followed, from patients and industry alike. The primary impact on patients would have been to reduce the availability of medications in Canada, leading to deaths and misery. The regulations would also have greatly reduced industry investment and innovation in Canada. In light of these objections, the government punted. Regulations were delayed, then delayed again and revised, and are now open for further comment until Aug. 4 with a view to adoption in January 2021.

The revised regulations remain bad. A government that cared about its people would have killed the whole project. This one seems content to leave us in a purgatory of indecision, in spite of evidence we are already seeing many fewer medicines being made available in Canada. It seems our government is too timorous or (let’s be generous) sensible to enact the ill-advised policy it has created, but also too embarrassed to kill it. We see the same indecisiveness on the Huawei file.

The proposed rules are bad for pharmaceutical innovation, both in Canada and worldwide. Sales revenues drive research. Research delivers therapies and cures. By determinedly reducing revenues Canada not only ensures the unavailability of existing medications, it sees to it that far fewer new ones will be discovered and commercialized.