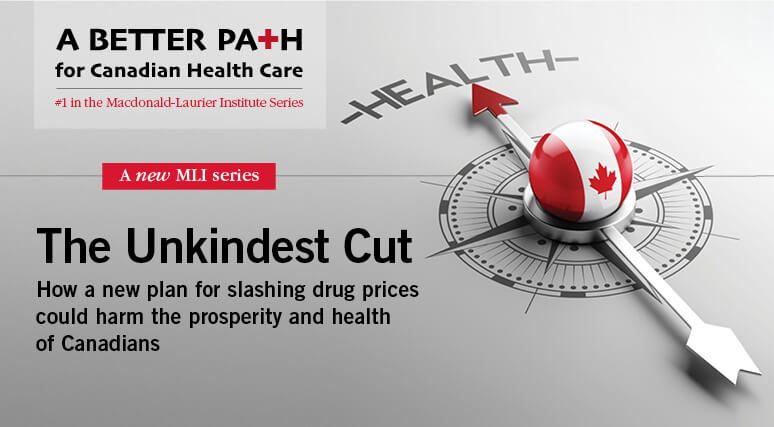 OTTAWA, ON (Feb. 8, 2018): A little discussed federal government plan to reduce prices for new drugs must be re-examined to consider the impact on public access to medication and one of Canada’s largest innovative industries, Wayne Critchley, Executive Director of the Patented Medicine Prices Review Board (PMPRB) from 1990 to 2005, and Munk Senior Fellow Richard C. Owens said today.

Next week the period for public comments to Health Canada will close for a set of regulatory changes proposed by the PMPRB. The findings of MLI’s new study “The Unkindest Cut” are clear – adopting the proposed price controls will have negative economic and health effects for Canadians.

"The PMPRB is not well-known among Canadians. Its origins are rooted in a thirty-year-old political compromise," said Critchley. "There has been only minimal analysis of whether its mandate is needed or if it is contributing positively to drug accessibility in Canada."

The proposed changes risk tipping a careful balance. In 2016, Canadian drug prices were in the mid-range of the seven comparator countries the PMPRB uses to set prices. If Canada’s prices for new drugs are reduced to the OECD median, Canadian patients will see a comparable decline in the availability of new breakthroughs.

Other negative consequences could include a significant reduction in the pharmaceutical sector, Canada’s third leading industry in terms of R&D spending. A recent study found that industry losses could be more than three times the government’s already worrisome estimate of an $8.6 billion loss in revenue over 10 years ("net current value" so in fact much higher when considering inflation and other factors).

“If the government is determined to act, we propose that the PMPRB suspend the regulatory process to determine whether any new federal action is needed and consider alternative models to deal with affordability,” Owens said. “Conducting a comprehensive review of the PMPRB and its role in the broader health and innovation policy landscape will curtail the current potential negative economic and health effects for Canadians.”