Economic recovery from COVID-19 is going to take a while — but there is room for hope: Jack Mintz in the Financial Post 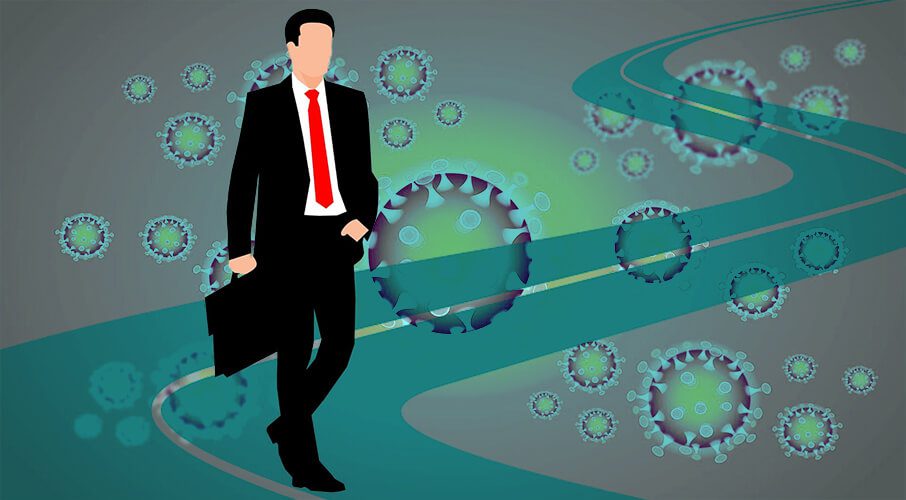 What we will need most is for Canadians to believe that a secure future awaits us. That will help most of all in getting back to work, writes Jack Mintz.

As I hear about friends’ layoffs and I walk by shuttered stores, it is depressing to know that a tiny, invisible particle can induce a large-scale, medically induced economic coma. But while the immediate outlook is dim, there is room for hope. The immense effort involved in the current lockdown, combined with almost innumerable initiatives to devise treatments and vaccines, will reduce deaths and distress and — eventually — enable us all to return to work.

Forecasting the course of a pandemic is far from an exact science. But a number of models do seem to be pointing away from a scenario of massive disruption for months, if not years, and millions of dead worldwide. These more optimistic forecasts depend, however, on our maintaining current policies of social distancing. For a time at least, business just isn’t going to be business-as-usual. President Donald Trump’s expert adviser, Ambassador Deborah Birx, has described some of these less frightening forecasts at recent White House briefings. Our own public officials could create more confidence by being equally transparent in describing the probabilistic analysis motivating the policies they have been following.

Most economic forecasters assume that by the end of June — still three full months away — Canada should be over the worst of the virus threat, which means people should be able to begin getting back to work. The recovery will have its challenges, however, the worst being a virus resurgence in the fall, though by then, with widespread testing and better quarantining, it may be manageable without a second deliberate tanking of the economy.

One recent forecast sees a decline in Canada’s GDP by fully 25 per cent in the second quarter, followed by a 30 per cent rise in the third quarter, a boom that would be spurred by extraordinary monetary and fiscal measures at both the federal and provincial level. This implies a return to relative normality by the end of the third quarter.

Predictions are obviously hard at this stage. My bet is that if a return to work is possible by the end of June, GDP growth in Canada will not be as robust as hoped despite all the liquidity being applied to forestall a deep recession. Three reasons push me in that direction.

The first is that work won’t be conducted in the same way as before. In China, not all social distancing measures have been removed. There are new bans on international travel and new work-related health measures. Avoiding any future resurgence of the virus, including by quarantining the affected, will be the top priority. Chinese consumption has not yet fully snapped back, as people build up their savings for the next contingency. Also on the demand side, export markets are still shut down as North America and Europe have gone into their own economic comas.

We can expect something similar in Canada. International travel bans may continue, while health measures will preoccupy the workplace and elsewhere. Some companies will be insolvent by summer, which means the market won’t pick up nearly as quickly as we all hope. Our most important trading partner, the United States, won’t snap back quickly, either. Consumer and business confidence will take time to recover. If the virus stays with us longer, so will the economic recession.

A second reason for concern is that many Canadians with deferred tax, mortgage, rent and other payments will have to dig into their pockets in the third quarter. There still is no free lunch. People will have to cover their deferred obligations but also deal with new ones in the third quarter — a double whammy for those with little cash on hand. In addition, low interest rates will compromise pension plan deficits and hurt retirement savings, resulting in a pull-back of consumption by retirees and higher employer payments to cover pension plan deficits.

Problem three: Canada is a commodity-based economy faced with a two-thirds decline in oil prices and roughly one-fifth declines in the prices of aluminum, mining, lumber and steel — although agriculture and gold have largely held up. Oil prices will recover only slowly as world inventories pile up. Manufacturing sales have declined, especially autos, Canada’s second most important export following energy. So even if people do get back to work, commodity prices will be suppressed for a longer time.

Nominal GDP in oil-producing Alberta and Newfoundland could fall by as much as a fifth this coming quarter. This will weigh on other provinces whose service, banking and pension sectors are linked to the oil sector’s health. The usual $20-billion transfer from Alberta to support the federal budget could virtually disappear.

After a massive spending spree to support the economy, governments will be faced with much bigger deficits. Will fear of future taxes to reduce these deficits suppress the economy further?

Governments could create confidence by restructuring their policies to support growth. Future stimulus should focus on smarter government — both better infrastructure and improved education and health-care capacities. Tax and regulatory systems should be revamped to improve growth. Just pumping up the economy for consumer demand is the wrong approach.

What we will need most is for Canadians to believe that a secure future awaits us. That will help most of all in getting back to work.

Jack M. Mintz is an MLI Distinguished Fellow and President’s Fellow at the School of Public Policy, University of Calgary.