Events in Hong Kong should matter to Canadians: Alvin Y. H. Cheung for Inside Policy 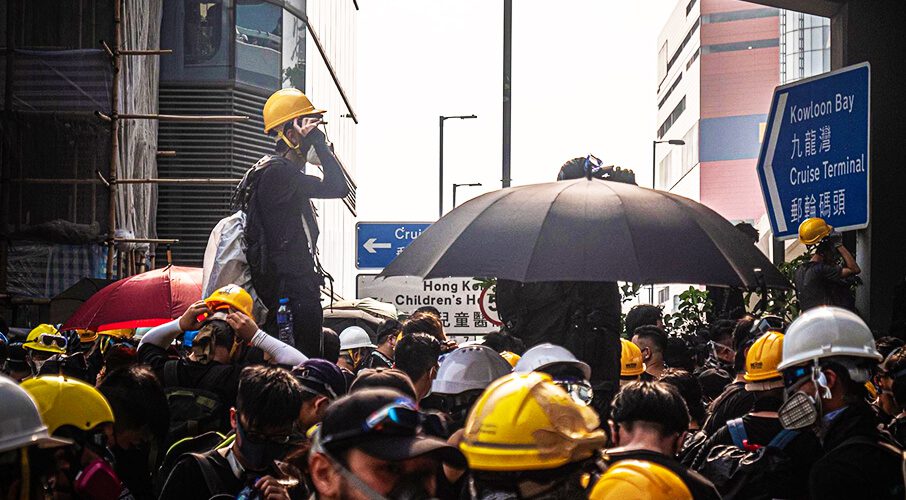 How Canada reacts to developments in Hong Kong will speak volumes as to who we are and what values we share, writes Alvin Y. H. Cheung. This article is based on his testimony at the House of Commons Special Committee on Canada-China Relations on August 17, 2020.

Mr. Chair, thank you for inviting me to give evidence today. I am a Non-Resident Affiliated Scholar at NYU’s US-Asia Law Institute and hold a doctorate from NYU School of Law.  My academic work focuses on authoritarian abuses of law in Hong Kong and elsewhere.  I am also a Canadian citizen of Hong Kong origin.

You have already heard from other witnesses about events in Hong Kong.  I want to underscore the specific importance of these events to Canada.

Although my remarks focus on the “National Security Law” (NSL), I should emphasize that other developments, such as the growing politicization of the civil service and widespread impunity in the uniformed services, are also deeply troubling.

One of the main attractions of Hong Kong for Canadian businesses is the perception that it maintains the rule of law.  At heart, this is about not being subject to arbitrary exercises of state power, and it is about being able to anticipate, with reasonable certainty, what you can or cannot do.

The NSL imposes a parallel legal system – one with ill-defined offences, unaccountable secret police, and harsh penalties – on Hong Kong.  This parallel system will displace the “normal” legal system whenever the authorities invoke “national security.”  Simply put, whether “normal” law applies to you depends on the whim of the state.

However, even “normal” administrative institutions that businesses rely upon – like the Companies Registry – have been politically captured.  Since 2014, several opposition parties have been denied corporate registration, hampering their ability to rent offices or raise funds.

For at least three reasons, political apathy will not protect the business community. First, businesses in Hong Kong face tremendous political pressure to support the NSL publicly. Second, businesses will be forced to choose between complying with the NSL, and complying with other regulatory regimes (especially US sanctions). Third, normal business matters may increasingly be characterised as involving “national security.” For instance, a financial analyst whose conclusions could be construed as undermining public confidence in the Hong Kong or Beijing governments may be at risk of being prosecuted under the NSL.

Numerous chambers of commerce opposed the rendition bill in 2019 precisely because they feared that anyone present in, or transiting through, Hong Kong would be rendered to the Mainland and subjected to its criminal law system.  Having largely failed to bring people in Hong Kong within the reach of Mainland criminal law, Beijing has now brought Mainland criminal law to them. (That being said, we should also remember the abductions of people such as Lee Bo (a UK citizen) and Xiao Jianhua (a Canadian) from Hong Kong, possibly by or at the behest of PRC state security.)

Events in Hong Kong also have grave consequences for Canadian citizens, whether or not they currently live in Hong Kong. There are over 300,000 Canadians in Hong Kong.  All of them must now live in fear of the possible consequences of violating the NSL – which include being rendered to Mainland China, prosecuted in Mainland courts, and sentenced to life imprisonment.

Even a brief reading of the NSL will reveal that it defines its offences in extremely broad terms. In the circumstances, there can be no meaningful certainty as to what will, or will not, be treated as an NSL violation. When the Chinese authorities assert – as they have done repeatedly – that the NSL will only be used against a “small number” of people, they are implicitly admitting that they have extremely broad enforcement discretion.  Yet they have said very little about how that discretion will be exercised or regulated.  This is antithetical to the rule of law.

The chilling effect of the NSL also extends to Canadian citizens within Canada itself. As has already been noted, the NSL encompasses acts done outside Hong Kong, by people who are not Hong Kong permanent residents.

Consequently, any Canadian who might have to travel to Hong Kong, transit through Hong Kong, or take a flight operated by a Hong Kong-based airline, now faces considerable pressure to self-censor.  Canadian citizens like me should be able to participate in the Canadian political process without fearing reprisals if they travel to, or through, Hong Kong.

Canadians of Hong Kong descent are at particular risk. First, under PRC law, many Canadians living in Hong Kong are also deemed to be PRC nationals.  As the PRC does not recognize dual citizenship, these individuals are at risk of being denied consular access in the event that they are detained in Hong Kong. Evidence suggests that the PRC has coerced individuals into “renouncing” foreign citizenship or claims to consular assistance.

For example, on June 30th of this year, a PRC court sentenced Sun Qian – a Canadian citizen – to eight years in prison for being a Falun Gong practitioner.  She purported to renounce Canadian citizenship in the process, likely due to coercion by PRC authorities. In addition, Hong Kong-based booksellers Gui Minhai and Lee Bo, citizens of Sweden and the UK respectively, have also purported to renounce their foreign citizenships in circumstances strongly suggesting duress.

Second, Canadians with ties to Hong Kong must now consider whether what they say in Canada will be used against them, in the event that they so much as set foot on a Hong Kong-registered airliner. Third, protests expressing support for Hong Kong have been met with counter-protests and provocateurs, and their participants subjected to harassment and intimidation.  PRC consular officials have publicly praised such acts of retaliation.

Events in Hong Kong also have implications for Canada’s foreign policy. First, the NSL will significantly inhibit the Canadian government’s ability to obtain accurate information about developments in Hong Kong and the PRC.  Any Canadian citizen based in Hong Kong may face prosecution for doing what I am doing today.

Second, the PRC’s conduct in Hong Kong reflects poorly on its willingness to abide by other international commitments. Since 2014, PRC and Hong Kong officials have publicly and repeatedly declared the Sino-British Joint Declaration to be a dead letter, even though its provisions remain in force until 2047.  The failure of the international community – Canada included – to condemn these repudiations has contributed to the climate of impunity under which the PRC now operates in Hong Kong. Against that background, one might reasonably wonder whether the PRC will abide by its other bilateral and multilateral commitments.

Third, and most significantly, the ongoing events in Hong Kong are an acid test for Canada’s willingness to uphold its commitments. For the reasons I have set out, the situation in Hong Kong threatens the personal safety of Canadian citizens in Hong Kong and in Canada.  It also imperils Canadian businesses in Hong Kong.  This country has an obligation to protect them. But, perhaps even more importantly, how Canada reacts to developments in Hong Kong will speak volumes as to who we are, and what values we share.

Our government has publicly committed to revitalizing the rules-based international order in conjunction with regional, bilateral, and multilateral partners. I hope that the Special Committee’s recommendations – and what the government ultimately chooses to do – will live up to these stated commitments to multilateralism and the rule of law.