The evidence shows marriage still works: Crowley and Speer in the Toronto Sun 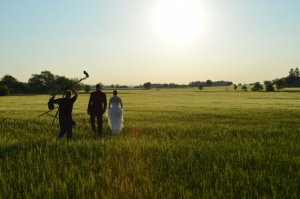 Policymakers should place a greater emphasis on supporting marriage as part of any anti-poverty and pro-opportunity agenda, write Brian Lee Crowley and Sean Speer.

New polling from the Angus Reid Institute on Canadians’ views about the desirability of marriage shows a growing gap between belief and reality. People are increasingly losing faith in marriage at the same time that mounting evidence shows its economic and social advantages.

First the polling. Roughly half of Canadians surveyed said that they don’t believe that marriage is necessary or important. This partly reflects an age bias. Those older than 65 remain committed to marriage as a relevant and important social institution. A majority of those between ages 18 and 44 do not.

The state of marriage in Canada reflects these beliefs, so it’s no surprise that we’re seeing fewer and later marriages. The share of non-married adults between ages 25-29 rose from one-quarter in 1981 to nearly three-quarters in 2011.

And the 2016 Census found similar signs of marriage’s declining status across a range of indicators. Couples without children now represent nearly half of households — the highest level on record. Common-law couples have gone from a mere twentieth of households in 1981 to over a fifth now. More than a million children — about one in every five — live in a single parent family. And nearly 35% of Canadians between ages 20 and 34 still live with their parents, delaying the formation of their own family.

The upshot is that Canadians aren’t just expressing doubts about marriage to pollsters. They’re expressing it in their life choices, relationships, and living arrangements.

Yet the evidence shows that family structure is a key determinant of one’s economic and social success. In fact, it’s among the most important.

Canadians aren’t just expressing doubts about marriage to pollsters. They’re expressing it in their life choices, relationships, and living arrangements.

Marriage has been described by Ron Haskins and Isabel Sawhill, scholars at the centre-left Brookings Institution, as a key component of the “success sequence”, along with getting a high-school diploma and working full-time. They find that 97% of millennials, for example, who have followed these steps aren’t in poverty by the time they reach the ages of 28 to 34. Similar results are found at every age level: marriage and success are inextricably linked.

The flipside is also true: single parents have much lower incomes and much higher poverty rates than their married counterparts. And children with married parents have higher rates of intergenerational mobility than those who experience family breakdown or live in single parent households. This is consistent with a large body of research that finds a clear association between the absence of marriage and the presence of poverty — particularly for children.

Why? There are various explanations — including income pooling, economies of scale, task sharing and so on. But a major part of it is that marriage and family tend to provide stability and foster the attitudes, behaviours, and social networks that confer success in work and relationships. These non-financial endowments are increasingly seen across the ideological spectrum as key ingredients of economic and social opportunity.

It’s important then that policymakers place a greater emphasis on supporting marriage as part of any anti-poverty and pro-opportunity agenda. This may include: greater flexibility for working parents; enhancing tax and transfer policies to reflect the true cost of raising children; and even the adoption of family-based taxation. But the evidence is that no social program can begin to make up for the damage caused by the breakdown of the family.

Supporting marriage and families is more important now than ever as we grapple with how best to close the opportunity gap between rich and poor. But the first step is closing the gap between Canadians’ perceptions and the facts on marriage.

Brian Lee Crowley is the Managing Director and Sean Speer is a Munk Senior Fellow at the Macdonald-Laurier Institute.