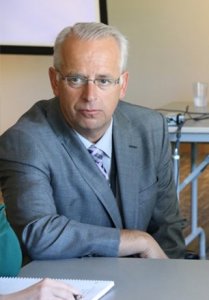 Alexander Moens is Professor and the Chair of Political Science at Simon Fraser University in Vancouver, and a Senior Fellow at the Macdonald-Laurier Institute. He teaches American Foreign Policy and the Political and Security Relations between Europe and North America. He was the Eisenhower Fellow at the NATO Defense College in Rome in 2015. In 1992, Moens served in the Policy Planning Staff of Canada's Foreign Affairs Department and in the spring of 1999 he was a visiting fellow at the National Defense University in Washington, D.C.

Moens is the co-editor (with Brooke Smith-Windsor) of NATO and Asia Pacific (NDC, Rome, 2016), co-editor of Immigration Policy and the Terrorist Threat in Canada and the United States (2008). Moens is author of The Foreign Policy of George W. Bush: Values, Strategy, Loyalty (2004), and Foreign Policy Under Carter (1990) as well as co-editor of Disconcerted Europe: The Search for a New Security Architecture (1994) and NATO and European Security: Alliance Politics from the Cold War’s End to the Age of Terrorism (2003).