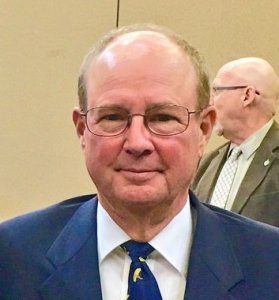 Commodore Eric Lerhe was commissioned in 1972 and from 1973 until 1983 served in the HMCS Restigouche, Yukon, Fraser and Annapolis. He then went on to command  HMCS NIPIGON and Saguenay between 1987 and 1990. He then served as Director Maritime Force Development and Director NATO Policy in NDHQ. He earned his MA at Dalhousie in 1996 and was promoted to Commodore and appointed Commander Canadian Fleet Pacific in January 2001.  In that role he was a Coalition Task Group Commander for the Southern Persian Gulf and Strait of Hormuz sector during the War on Terror in 2002.  Cmdre Lerhe retired from the CF in September 2003 and commenced his doctoral studies at Dalhousie. His PhD was awarded in 2012 and his thesis on the sovereignty implications of Canada-US interoperability was published by the Dalhousie University Center for Foreign Policy Studies.  His current research interests are Asia-Pacific security, maritime strategy, and NATO.

Rethinking the Taiwan Question: How Canada can update its rigid "One-China" policy  for the 21st century, by Eric Lerhe, September 26,2018