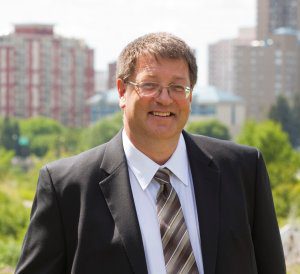 Ken S. Coates is MLI’s Distinguished Fellow in Aboriginal and Northern Canadian Issues. He is the Canada Research Chair in Regional Innovation in the Johnson-Shoyama Graduate School of Public Policy at the University of Saskatchewan. He has served at universities across Canada and at the University of Waikato (New Zealand), an institution known internationally for its work on Indigenous affairs.

He has also worked as a consultant for Indigenous groups and governments in Canada, New Zealand, and Australia as well as for the United Nations, companies, and think tanks. He has previously published on such topics as Arctic sovereignty, Aboriginal rights in the Maritimes, northern treaty and land claims processes, regional economic development, and government strategies for working with Indigenous peoples in Canada. His book, A Global History of Indigenous Peoples: Struggle and Survival, offered a world history perspective on the issues facing Indigenous communities and governments. He was co-author of the Donner Prize winner for the best book on public policy in Canada, Arctic Front: Defending Canada in the Far North, and was short-listed for the same award for his earlier work, The Marshall Decision and Aboriginal Rights in the Maritimes.

Performance Anxiety: Post-Secondary Education and the Future of the Canadian Work Force, by Ken Coates and Douglas Auld, May 31, 2018

Catching the Next Wave: How BC First Nations can Benefit from another LNG Boom, by Ken Coates, April 26, 2018

Missed Opportunities, Glimmers of Hope: Aboriginal communities and mineral development in Northern Ontario, by Heather Hall and Ken Coates, May 18, 2017

Understanding UNDRIP: Choosing action on priorities over sweeping claims about the United Nations' Declaration on the Rights of Indigenous Peoples, by Ken Coates and Blaine Favel, May 19, 2016

The End is Not Nigh: Reason over alarmism in analysing the Tsilhqot'in decision, by Ken Coates and Dwight Newman, Sept. 11, 2014

The Way Out: New thinking about Aboriginal engagement and energy infrastructure to the West coast, by Brian Lee Crowley and Ken Coates, May 2013

From A Mandate For Change To A Plan To Govern: Building a new Aboriginal opportunities agenda, by Ken Coates and Sean Speer, March 16, 2016

The Road to Economic Stability for Aboriginal People, by Ken Coates, May 14, 2015

From Tortured Past to Movement of Hope for Aboriginal people, by Ken Coates, Apr. 24, 2015

The Next Northern Challenge: The reality of the provincial North, by Ken Coates and Greg Poelzer, Apr. 24, 2014