Prospects for an economic turn-around are not ideal. Budget 2018 has been rightly criticized as being more symbolic than substantive, doing little to quell concerns over the federal deficit and the lukewarm business investment climate in the country.

Firms are reluctant to “commit to investments in Ontario and Quebec,” writes Cross. This is especially true “amid the uncertainty surrounding free trade talks with the US and provincial elections in both provinces this year that may pave the way for governments more receptive to the business communities.”

“The continued lethargy in exports and business investment appears related to disenchantment with a wide range of government policies perceived as anti-business,” writes Cross. “The continuing indifference of governments in Canada…stands in stark contrast with developments in the US, where tax reform lowered corporate taxes enough to erase Canada’s long-standing advantage.” 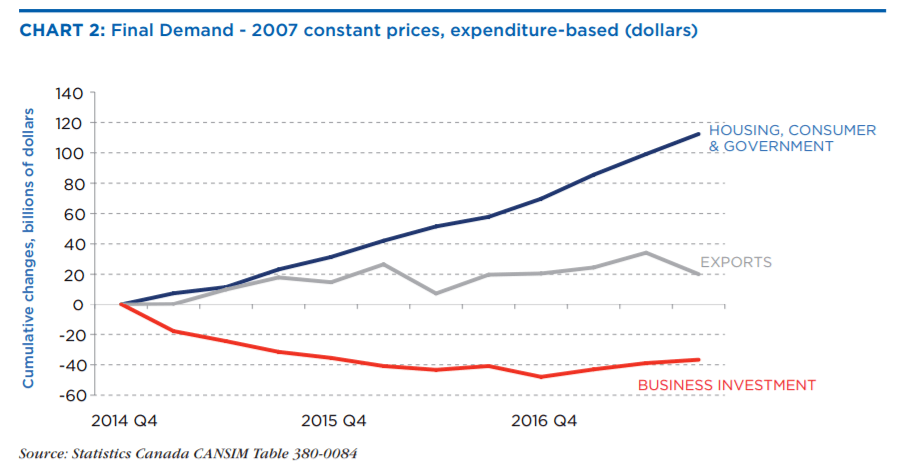