Government must consult First Nations who support development, too: Stephen Buffalo in the National Post 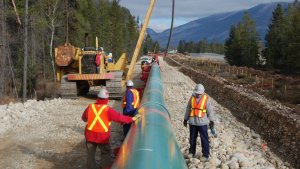 With C-69 and other measures, the Trudeau government is constraining the freedom and economic opportunities of oil- and gas-producing First Nations, writes Stephen Buffalo.

The federal government’s sweeping environmental legislation, which is now before the Senate, has the potential to undermine the hard-won gains of Indigenous people in the natural-resource economy. But C-69 is being rushed through by a government that does not seem to understand its obligations to consult comprehensively with Indigenous peoples.

As we have seen repeatedly in recent years, the government of Canada appears to consult primarily with people and organizations that share its views on environment issues. It pays much less attention to other Indigenous groups, equally concerned about environmental sustainability, who seek a more balanced approach to resource development.

Since his government was elected in 2015, Prime Minister Justin Trudeau has repeatedly spoken about his personal commitment to a new relationship with Indigenous people in Canada. In action, however, he has clearly privileged those Indigenous peoples, our friends and relatives, whose perspective aligns with the more radical environmental movement.

The Liberal government cancelled the Northern Gateway Pipeline without consulting properly with Indigenous peoples in the region. The government unilaterally imposed a ban on tankers along the West Coast, again without discussing the economy-destroying impact of this decision on Indigenous peoples. The same is true of the moratorium on oil and gas exploration in Arctic waters. And Ottawa¹s management of the Trans Mountain Pipeline, again, has privileged the views of environmental groups much more than oil- and gas-producing nations, putting at risk a project that had the potential to bring great benefits to our communities. Many of us are in fact eager to explore the possibility of becoming part-owners of the pipeline.

Bill C-69, if implemented in its current form, would create a much slower and more burdensome assessment and evaluation process, adding complicated impact-assessment requirements that would significantly broaden the scope and reach of the required evaluations. This would serve, in our view, as a major disincentive to investment and could bring grievous harm to our economic plans.

The First Nations who share my concerns care deeply about the environment, and we resent the implication of statements by the government of Canada and the environmental movement that local Indigenous peoples require additional oversight over the development process. We work more closely than ever with resource companies and are pleased, in general, with the development plans and environmental protections that we have negotiated in recent years.

Far from being uniformly opposed to resource development, many Indigenous nations understand that careful engagement and effective partnerships will provide us with a once-in-a-century opportunity to share in Canada’s prosperity. Indigenous peoples need an economic base, jobs and income for our communities. And over the past two decades, we have been creating just such an economic and business foundation for ourselves. Our nations reject the permanent poverty that generations of government policies have imposed on us. And while many Indigenous peoples share some of the values and perspective of some members of the environmental movement, we resent the assumption that non-Indigenous environmentalists speak for us. We can speak for ourselves — and we insist on the right to do so.

The policies of the Trudeau government are systematically constraining the freedom and economic opportunities of the oil- and gas-producing Indigenous peoples of Canada. We are not asking for more from government. We are actually asking for less government intervention. Bill C-69, in its present form, will undercut our autonomy and would shift more authority to environmental interveners who do not, with some exceptions, live on our lands and work with our people.

The Indian Resource Council, the organization I represent, calls on the government of Canada to pull Bill C-69 from its legislative calendar and to revisit its consultations with Indigenous peoples and organizations. We urge the government to consider what is at stake for us. We can see before us, based on the hard work of our ancestors, a growing recognition of our Indigenous and treaty rights and our place in Canadian society. We find it ironic and upsetting that the prime minister who has repeatedly said that the federal relationship with Indigenous peoples will be the defining characteristic of his government will be the one snatching opportunity and prosperity from our grasp.

Stephen Buffalo is the president and CEO of the Indian Resource Council and is an MLI author.