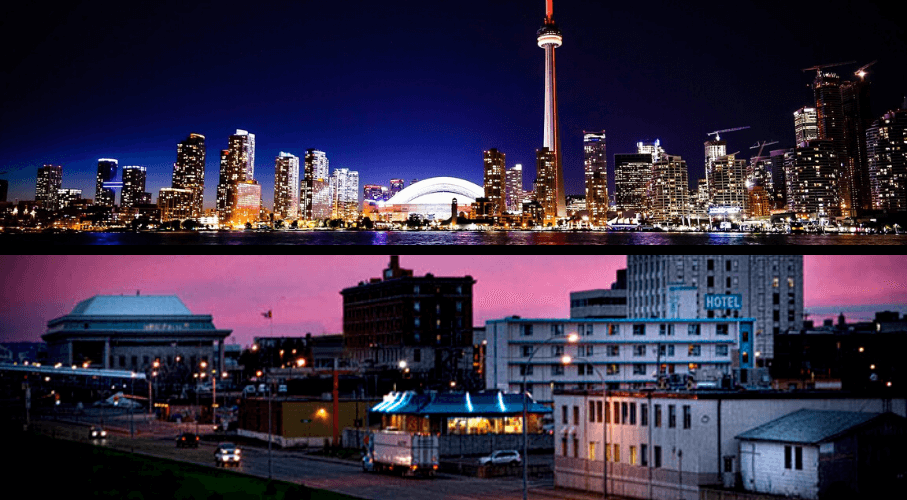 Embedded in last week’s Fall Economic Statement from the Ontario government was a recognition of one of the most significant policy challenges facing the province. The statement highlighted Ontario’s growing regional economic disparity and the need to “increase economic prosperity in all parts of the province.”

Differing regional economic outcomes are hardly new. But the transition from an industrial economy to a knowledge-based economy seems to be exacerbating them as part of a global trend that urban scholar Richard Florida describes as “winner-take-all urbanism.”

The data are striking: Of Ontario’s 865,000 net jobs created between January, 2008, and August, 2019, 75 per cent were concentrated in Toronto and 12 per cent were in Ottawa. The parts of the province that don’t belong to a census metropolitan area lost 76,000 jobs over this period; of Ontario’s 49 census divisions, 12 have experienced an increase in foreign direct investment since 2009. The remaining 37 divisions received no net new foreign investment or experienced a decline over the decade. And of new patents registered in the province in recent years, more than 95 per cent are concentrated in Toronto, Ottawa, and Kitchener-Waterloo.

This trend toward place-based bifurcation isn’t just about economic activity either. It’s manifesting itself in demography, educational attainment, health outcomes and other socioeconomic characteristics.

There are various reasons for the growing urban concentration of investment, employment and economic output. Some of it may be driven by public policy. But it’s mostly a function of market forces and the knowledge-based economy’s propensity for clustering. The result, which isn’t unique to Ontario, is the marked regional economic disparity that Doug Ford’s Progressive Conservative government has rightly identified as a key policy problem.

The question, of course, is: What can policy makers do about it?

The Fall Economic Statement sets out a goal of trying to catalyze economic activity in rural and economically distressed communities in the province. It signals that the government will aim to “encourage investment into rural and undercapitalized areas of the province with the goal of restoring Ontario’s competitiveness and allowing the private sector to create jobs and growth.”

This is a laudable goal. But it won’t be easy. Evidence shows that past policy attempts to support regional economic development have tended to produce underwhelming results.

One option that deserves the Ford government’s attention is the Trump administration’s Opportunity Zone model. The basic policy framework provides preferential tax treatment on capital gains in order to pull investment into roughly 8,700 neighbourhoods and communities that have been designated as “opportunity zones” due to their poor economic performance. Investments must flow through qualified Opportunity Funds (which are special-purpose funds set up by foundations and private fund managers to participate in the initiative) and target qualified assets including real estate, equities, business startups and so on.

The Opportunity Zones model has been designed to minimize the challenges that have bedevilled previous place-based policies. The model is market-driven, flexible and neutral save for targeting designated zones. It’s also biased in favour of incremental investment rather than simply subsidizing investment that would have occurred anyway.

It’s still too early to judge the model’s effectiveness. There have been some political issues involving the designation of Opportunity Zones and delays in rolling out the regulations for certain types of investments. It’s quite possible that the Opportunity Zone model ultimately fails to produce significant results. But it’s notable that even lower-band estimates find that Opportunity Funds are expected to raise as much as US$44-billion in private capital.

The Ford government should therefore consider how it could leverage the Opportunity Zones model in Ontario. It could come in the form of an intergovernmental arrangement with the federal government given the federal-provincial integration of tax policy and administration. Or it could develop a “made-in-Ontario” version that draws from Opportunity Zones, the Atlantic Investment Tax Credit and the short-lived Ontario experiment with “tax incentives zones” from the early 2000s.

Whatever model the Ford government chooses, it’s right to lean into Ontario’s growing regional economic disparity – especially in light of evidence that the trends of uneven growth and opportunity are likely to grow. The first step is recognizing the problem. Designing a policy agenda to counteract the market’s tendency toward place-based agglomeration is the next one.

Sean Speer is a Munk Senior Fellow at the Macdonald-Laurier Institute, as well as a professor at the University of Toronto’s Munk School of Global Affairs and Public Policy. Weseem Ahmed and Lorenzo Gonzalez have written papers on Ontario’s urban/rural divide for the Ontario 360 project.