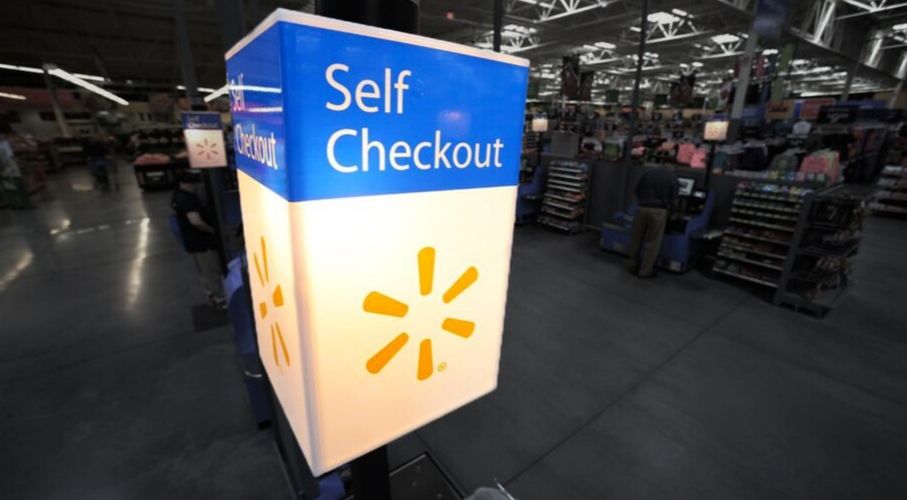 Ordering that available technologies like self-checkouts simply not be used seems like an extreme, and perhaps desperate, way to deal with this industrial revolution, writes Linda Nazareth.

Can you really legislate away economic transformation? That seems to be what they are trying to do in Oregon, where there’s a push to outlaw the use of more than two self-checkouts in a grocery store.

Although that might be impractical on many levels, even just the proposal illustrates how technology is changing the economy, and not always in favour of workers. Telling lawmakers to do something about it is one way, if perhaps not the most effective, to deal with the disruptions.

If you have ever used a grocery self-checkout, you know they are a work in progress (scanning a box of laundry detergent is usually fine, but trying to check out a bunch of parsley can be much more challenging). Still, like automated banking machines or self-service kiosks at airports, checkouts are part of the technological transformation that should ultimately give us a more productive world and economy. In the short term, however, they are seen by some as direct replacements for human beings, and thus should be stopped as soon as possible.

Concerns about job loss are primarily what has prompted the Oregon branch of the AFL-CIO union federation to back an initiative that would limit the use of self-checkouts.

The draft Grocery Store Service and Community Protection Act – which, if it gets enough signatures, will be on the 2020 Oregon election ballot – cites a number of negative findings around the use of automated checkouts, in addition to the impact on employment.

The list includes everything from the social consequences of losing customer-clerk interactions (“Grocery stores provide many people with their primary place of social connection”) through to worries about crime (“Self-service checkouts increase the risk for shoplifting, credit-card theft and hacking of customer’s personal information”).

The bottom line, though, is that grocery checkouts are more efficient and less expensive than traditional workers, meaning that “self-service checkouts contribute to retail workers feeling devalued and add efficiency pressures on workers.”

Although self-checkouts have been around for decades, there are now several reasons why stores are now increasing their use. The job market in the United States (and in Canada) is now extremely tight, meaning that there has been upward pressure on clerk wages.

As well, we are in a world where new players keep emerging in retail and online sites continue offering goods at ever-lower prices. Added to all this, technology is just getting better, and stores are going to bring it in as soon as they can.

Ultimately, this might mean a reduced head count and downward pressure on wages, so it is not surprising the AFL-CIO would like to turn back time if it could.

It would seem to be something of a losing battle. Those who remember their industrial history might recount the story of the Luddites, the skilled British stocking makers who were horrified that the industrial revolution of the 19th century had ushered in frame-making machinery that could potentially do their jobs more effectively.

As a way to make their feelings known, they sneaked into factories at night and smashed the machinery. Things ended badly for them, with army involvement, violence and the eventual demise of the movement – but not the equipment.

Things also ended poorly for stocking makers, who are certainly not in high demand as skilled workers by factories these days, either. The same, though, is not true for industrial workers in general.

Indeed, the working conditions and living standards of British (or American, or Canadian) factory workers today are a lot higher than the Luddites could have dreamed possible, a result of that and subsequent industrial revolutions creating conditions where the economy prospered and wealth was shared, however unevenly.

Like the Luddites, we are in the midst of our own industrial revolution, the one dubbed “The Fourth Industrial Revolution” or “Industry 4.0.”

And, as with every revolution before it, the question is who will own the gains from the cool new technologies that are its hallmark.

Ideally, the gains from efficiency are to be shared with workers, whether that happens immediately or with a lag. More ominously, if this industrial revolution means that workers are replaced en masse, then we leave the door open to other solutions such as increased business taxation, the need for universal basic income programs and social supports, the alternative being to deal with the consequences of a very unequal society.

Ordering that available technologies simply not be used seems like an extreme, and perhaps desperate, way to deal with this industrial revolution. If we were to go that route, perhaps we should argue that automated tills operated by cashiers should be yanked out, too, since it would employ more people if every calculation was done by hand.

Instead, perhaps we need to see these kinds of proposals for what they are and have a prompt discussion about the fallout from what may indeed be a revolutionary shift to the future of work.